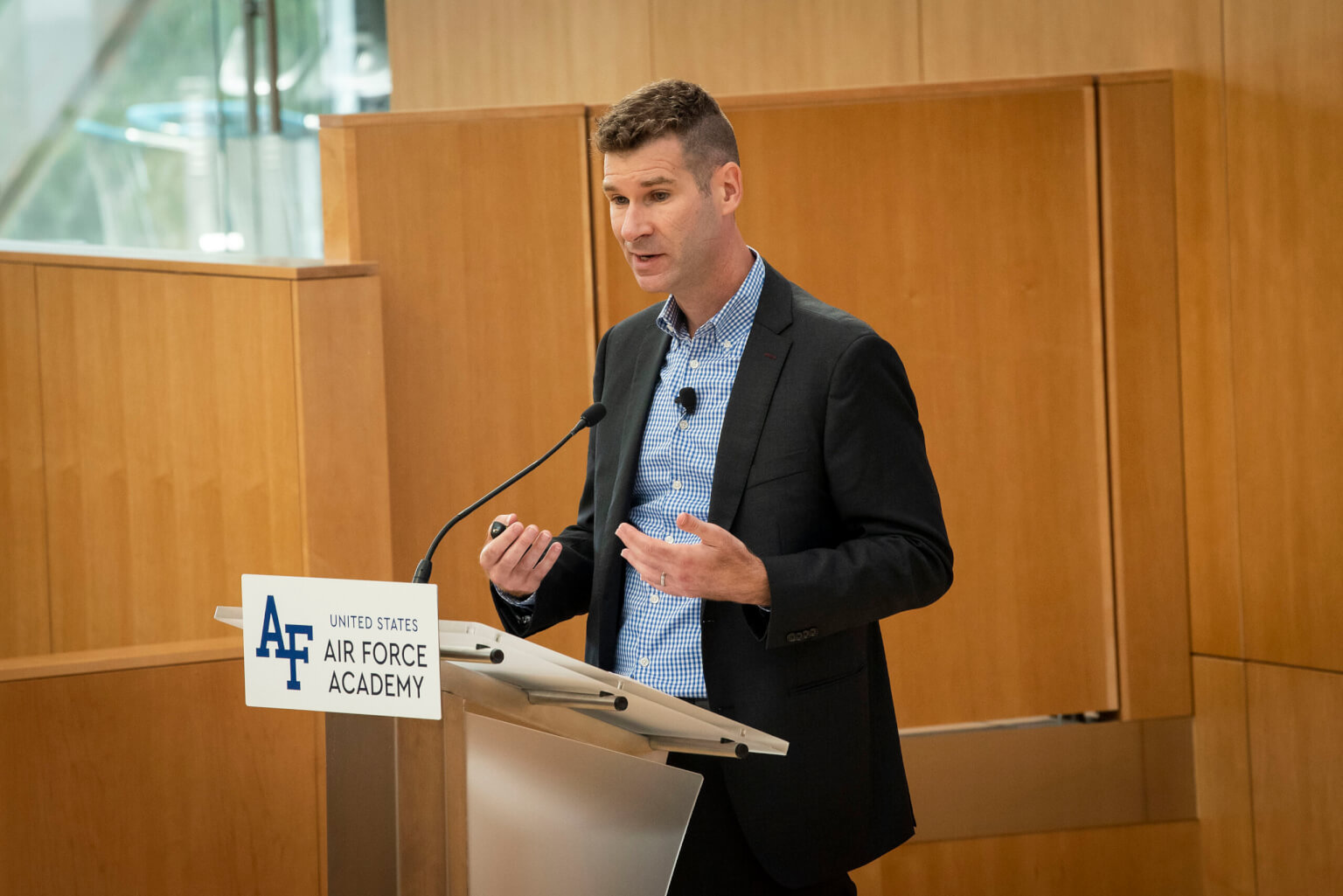 The Homeland Defense Institute, created by the Academy and North American Aerospace Defense Command-Northern Command to study potential future domestic threats across Canada and the U.S., sponsored the event.

“It’s not futurism, design or speculative fiction,” said Singer. “[Useful fiction] is a deliberate blend of non-fiction research and analysis with a combined goal to educate and hold attention.”

“The first challenge [to problem solving] is to identify those new trends, technologies and threats,” Singer said. “It’s often difficult to understand. But there’s a second problem we don’t talk about enough, which is not just how you identify and understand [the issue] but how you communicate it in a way that gets, and keeps, the attention of the key target audience.”

Singer referred to evolution as a primary reason for a narrative’s effect.

“Story is the oldest communication technology of all,” Singer said. “We were using story to convey new ideas when we were sitting in caves, gathered around fires.”

The symposium closed with a writing exercise challenging the audiences’ narrative technique.

“We need to share the narrative and identify the problem we face,” Singer said. “The goal is not entertainment – the goal is how we share that non-fiction message.”

“If we’re going to get better, we need to think differently,” he said. “We need to have an imagination and force ourselves to think about what could happen.”