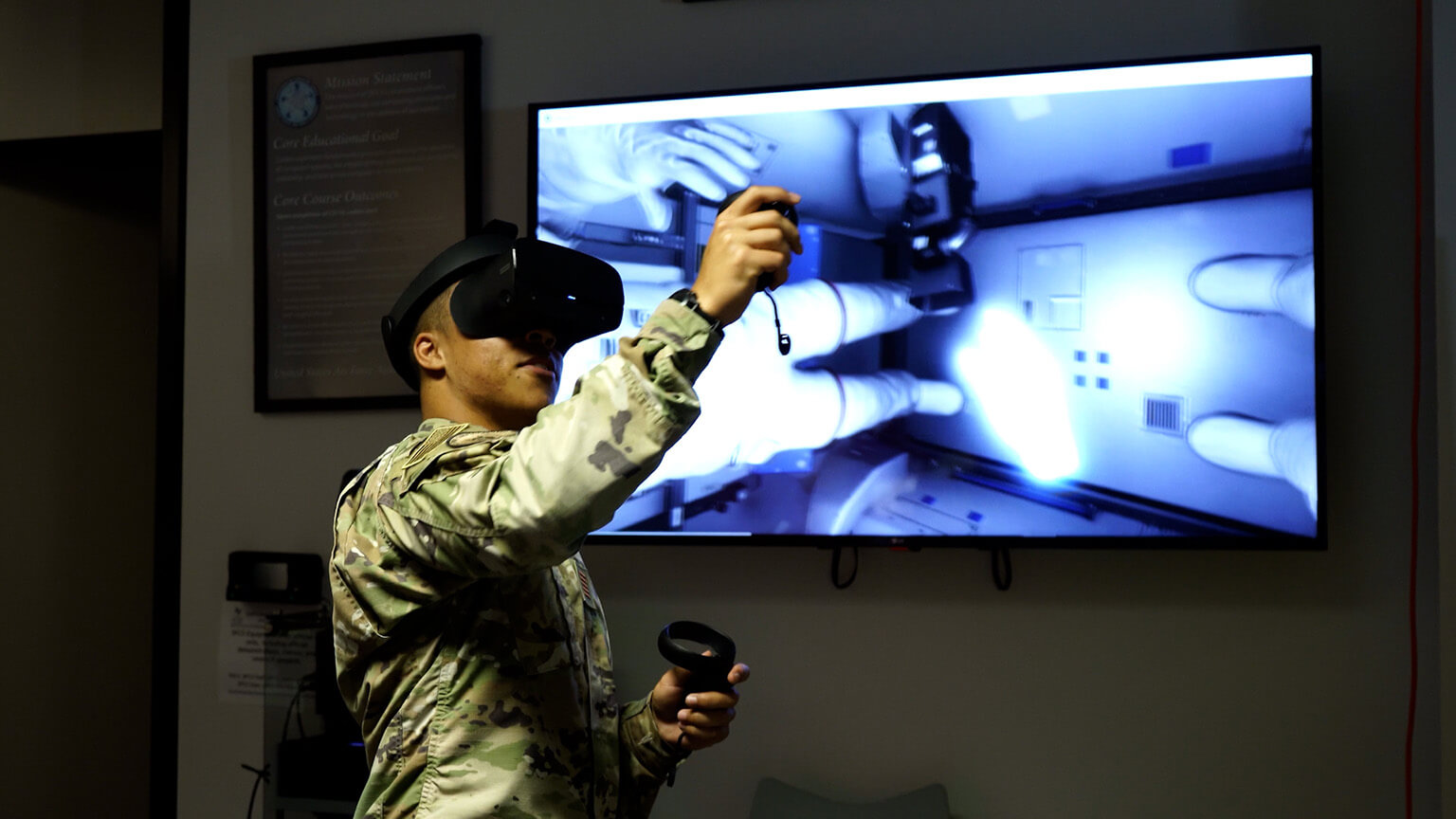 The below projects are actively being worked on by faculty and students through the Computer Science and Computer and Network Security Capstone courses.

Cyber Defense of Satellite Systems:  A red teaming exercise to determine attacks that could be launched against a satellite to make the satellite inoperable followed by an attempt at mitigating systems.

5G infrastructure Vulnerability: Focus on the study of vulnerabilities in the 5G network core and end user device.

Pain Identification and Monitoring for Fighter Pilots: Cadets use training data of volunteers’ cardiovascular metrics captured from a Garmin wearable device during pain induction tasks and a baseline state to train algorithms to detect pain.

Wireless power data transfer: Cadets study how WPT can be used to take over an object (data breach) and potentially control that object by passing data over/through the WPT device.

Network Visualization in VR: Visualize a network to include all nodes, virtual and physical, as well as simulate traffic flow across that network in a VR environment.

F15 Software Development: Decode information from the flight data recorder during flights and display data to aircrew in a more effective manner using a tablet.