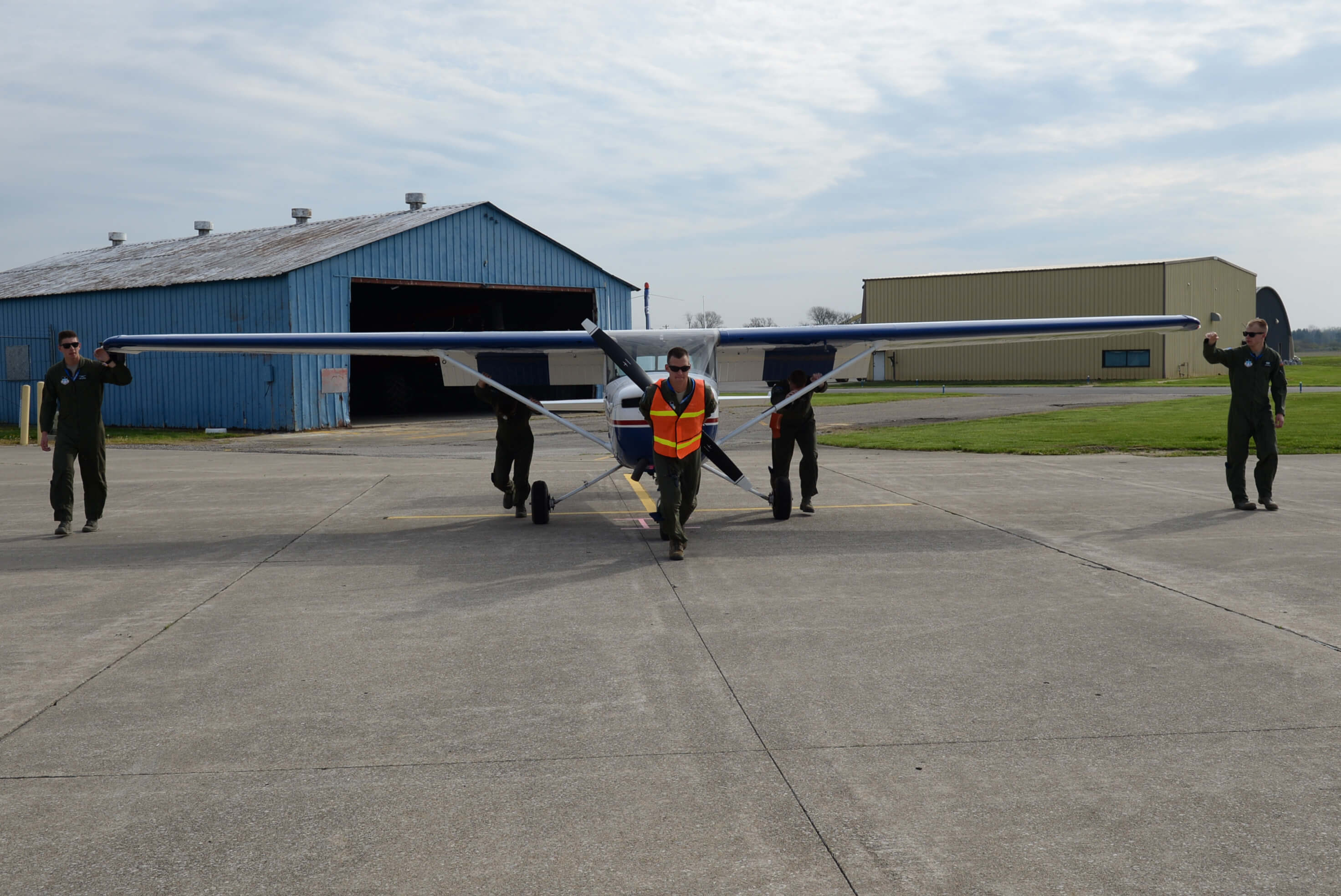 The Air Force is the only service academy among 28 colleges and universities competing and it has consistently reached the championship every year since 1999. Gilbert Boyce has been the team’s coach for nineteen years and his team credits his knowledge as a cornerstone for the team’s success.

“Coach Boyce is awesome,” said Cadet 1st Class Patrick Neff, the flying team commander. “He gives us a lot of mentorship and guidance as to how we can better ourselves,” Neff said.

Boyce graduated from San Diego State University, San Diego, Calif. in 1984 and he served as a B-52 Stratofortress pilot and T-37 Tweet instructor pilot. His first Air Force Academy job was from 1994-1997 with the 94th Flying Training Squadron when he coached sailplane racing, aerobatics, and mountain wave high altitude flight.

“Coach Boyce is probably the most experienced Cessna pilot in the world,” said Cadet 1st Class Tristan Briggs, a member of the USAFA Flying Team. “He can teach anybody anything about a Cessna any time and we’re proud to have him,” Briggs said.

Boyce estimated that he has trained approximately 135 cadets over the years. He puts the focus on the cadets.

“Ultimately our mission is to provide leaders of character for the Air Force,” said Boyce. “The NIFA gives the team goals and objectives to measure ourselves against.”

Including 28 Cadets, the USAFA flying team consisted of two mechanics for the team’s four Cessna airplanes and a staff of four commissioned officers and two civilians.

“The cadet leadership develops and then executes a comprehensive training and evaluation plan to prepare us to compete in every NIFA event, said Boyce.

The team earned a first place in the safety category and three team members placed in the top five including one first place for the Men’s Achievement category. The team performed well in all other categories against a prestigious list of competitors.

Boyce has earned a reputation that benefits the team.

“He knows what needs to be done and he knows what to expect. The Academy is typically in the top 10 and usually the top six or seven teams,” Newman said.