Shining a light on the forgotten story of Fortune Wright 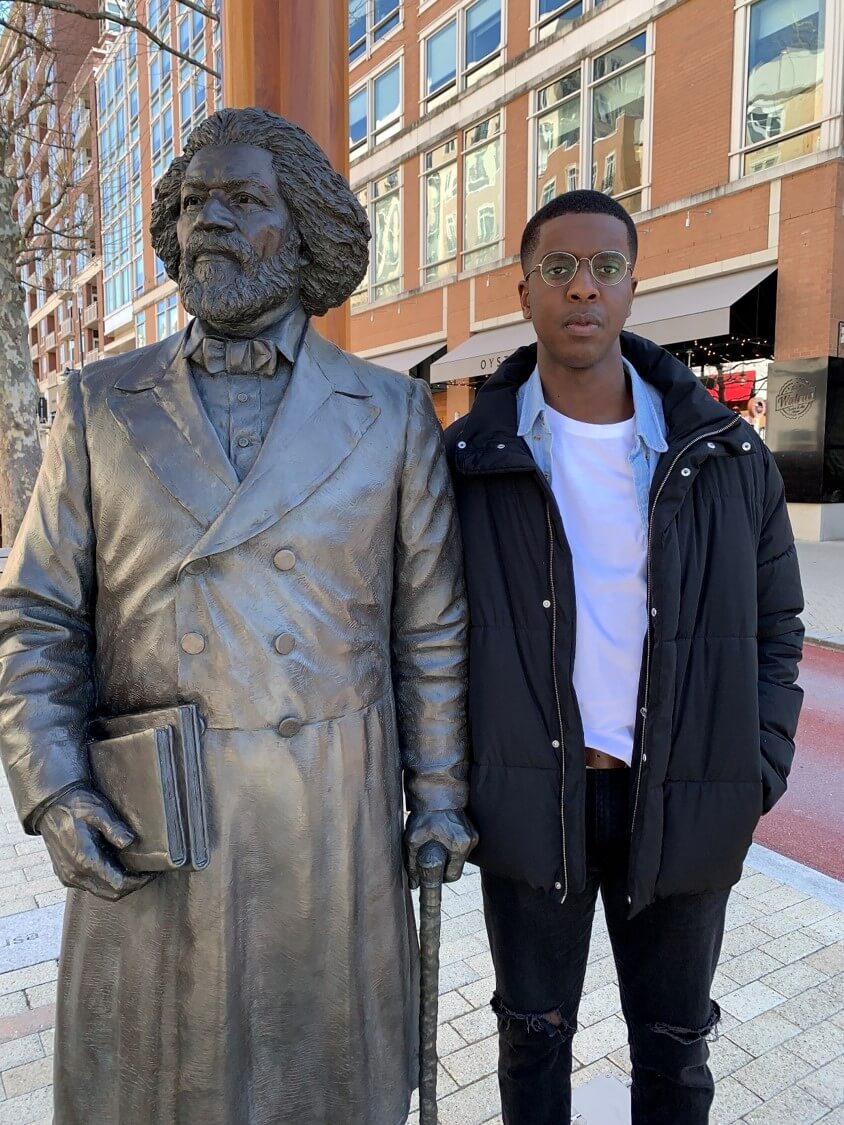 (Masozera with a statue of Frederick Douglass)

My family is from Rwanda and Uganda, and I’m a first generation American. I’m also a senior at the Air Force Academy. I chose to major in English because speaking and writing skills are key to being an effective leader; however, I soon realized literature pondered the human condition and grappled with topics like prejudice and inequality.

During the summer of my junior year, I conducted research at the National Archives in Washington D.C. where I found the amazing story of Fortune Wright, a soldier, who served in a segregated infantry unit during the American Civil War. I decided to make his story the focus of my capstone research for my major because I found it was hardly known but worthy of attention.

According to historical accounts, in 1865, six months after the end of the war, Wright and another soldier were walking down a street in Carrollton, Louisiana, when a woman approached them and demanded money. After Wright declined to give her money, she began to berate him with slurs. The confrontation turned violent and Wright struck the woman. Two witnesses saw the attack and confronted Wright, who defended himself with a knife, ultimately killing one of the men. He was arrested and put on trial.

I was aware that at first glance Wright’s story could stereotype him, but I didn’t believe his story should be overlooked. I saw Wright’s story as one of missed opportunity because he was offered no chance at redemption despite honorably serving his nation. After months of deliberation and petitions by supporters, including officers he served under, he was executed on March 2, 1866.

For my capstone, I chose to use poetry because it allows readers to develop their own interpretation of events, which they can apply to larger issues. Here is a sample from one of my original poems, inspired by an appeal made by Lt. Col. Fariola to President Andrew Johnson to intervene on Wright’s behalf :

A man lay in a cell awaiting death,

He served in war but he never did die.

His word remains the only bond that’s left,

You have the pow’r to spare this soldier’s life.

As I prepare to graduate, I will remember the story of Wright. I know I will face hard-to-solve problems as an officer and will rely on the resources of evidence and imagination to help solve them. It’s imperative we learn from the past to help us be effective leaders in today’s challenging world.