Skip to the main content
Cadet Wing, Leadership, The Academy

More cadets given opportunity to fly 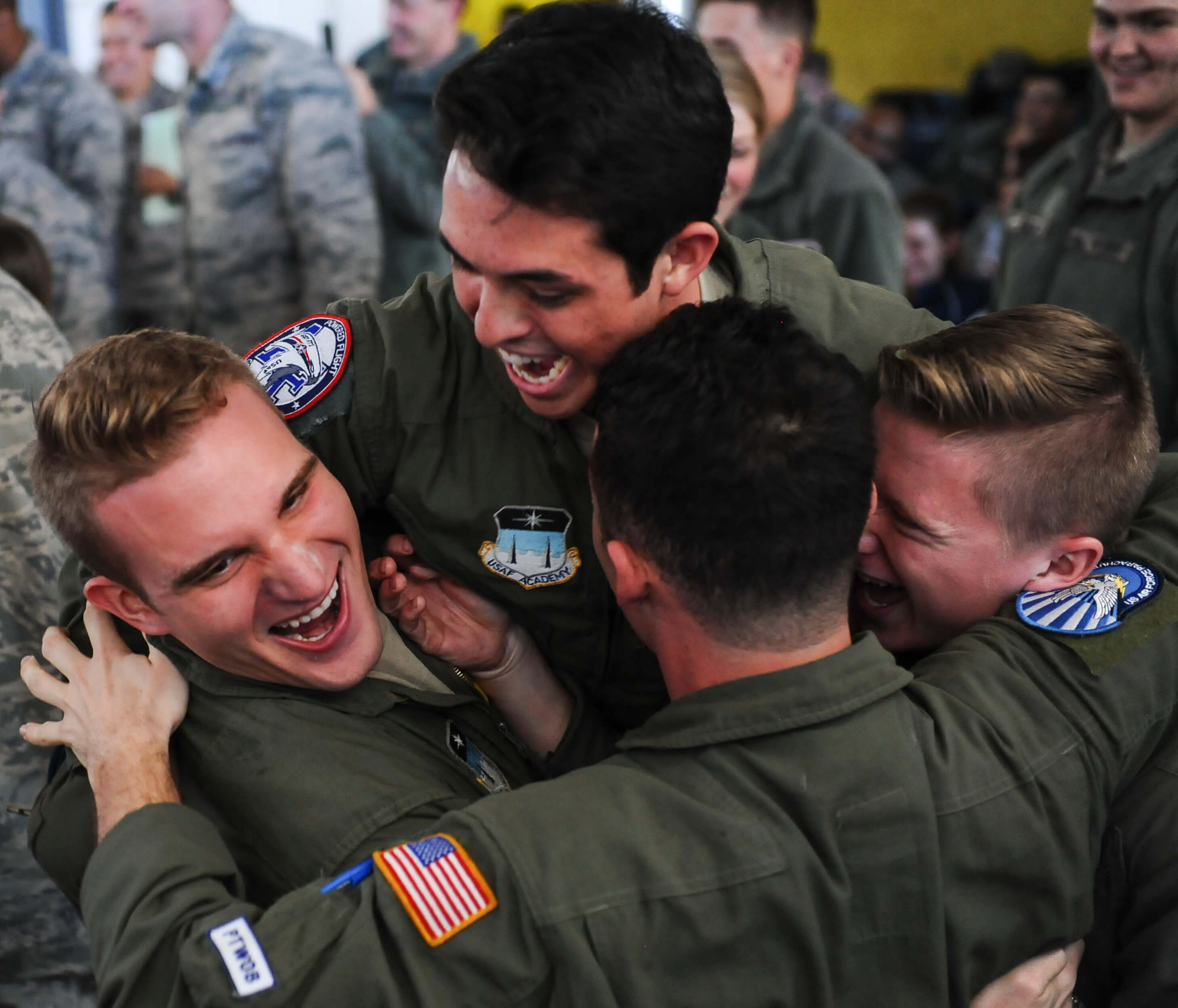 U.S. AIR FORCE ACADEMY, Colo. – More than 530 Air Force Academy cadets from the 2019 graduating class have been matched to attend pilot training pending final qualifications and commissioning. This is a 26 percent increase over the 2018 class.

“Airmanship is a large part of the Academy experience, and a core part of our identity as a service, and we are proud as an institution to offer more flying opportunities to our cadets,” said Lt. Gen. Jay Silveria, Air Force Academy superintendent.

Cadets are exposed to academic, virtual and hands-on training at the Academy, with approximately 70 percent participating in gliding, soaring, or powered flight programs at the Academy airfield.

The Academy is also focused on its part in solving the Air Force’s ongoing pilot shortage.

The Operations and Analysis Directorate here is working closely with Air Education & Training Command to produce a percentage of advanced candidates capable of bypassing Initial Flight Training. Additionally, these candidates could move through a truncated version of Undergraduate Pilot Training, further reducing the timeframe for getting new pilots into their specific airframes.

The Academy is planning to add flight-related courses to the sophomore and senior year to help mature pilot training candidates as well.

“The Academy made the case that we could play a role in starting to solve this critical Air Force issue,” Silveria said. “We will continue to work with other major commands and Air Force leaders to do our part in solving this national defense challenge.”

(Jennifer Spradlin is the public affairs mission element representative for the Cadet Wing at the U.S. Air Force Academy)