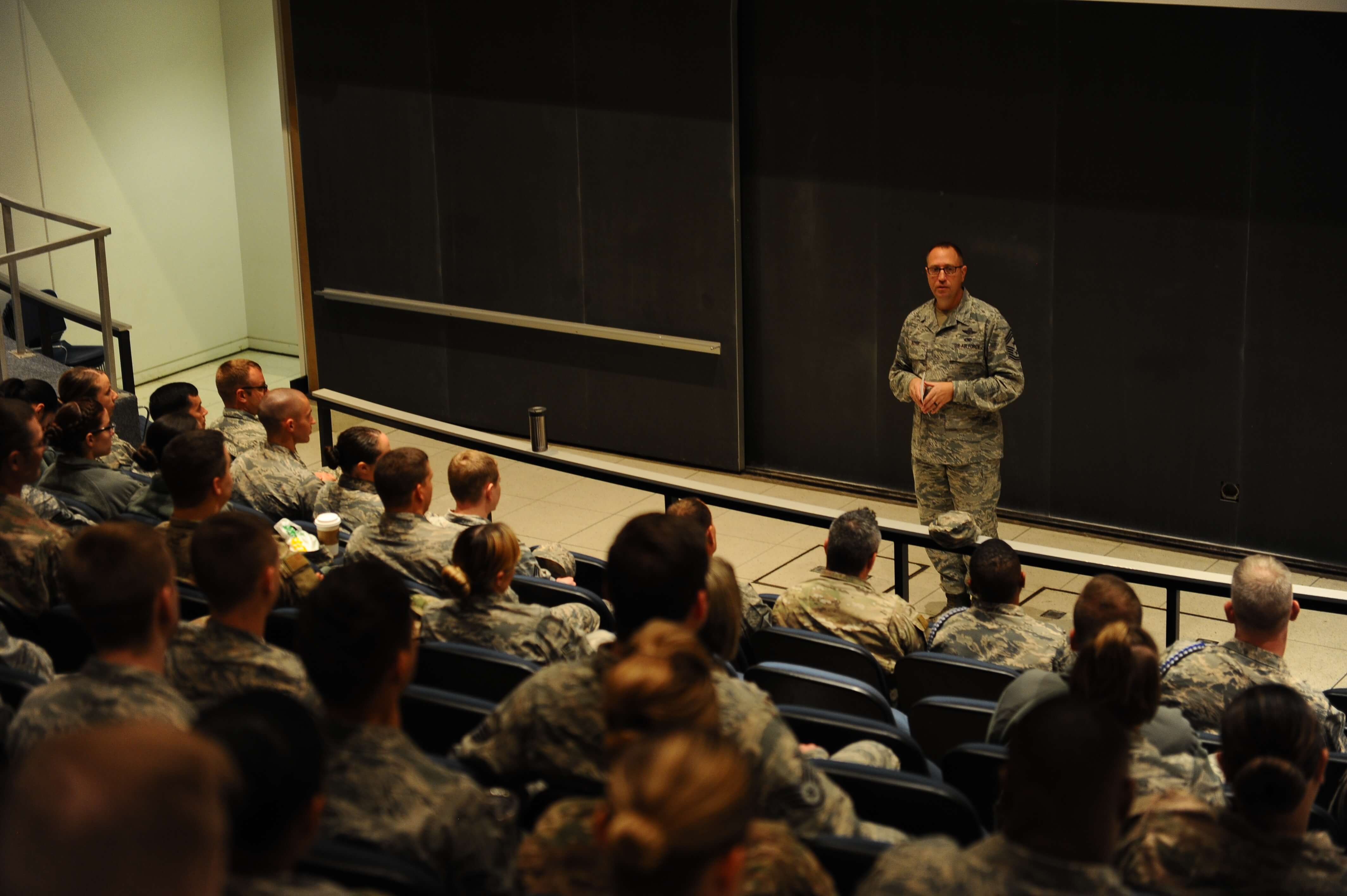 “You can swap out all the senior leaders here, but the job will still get done because of you,” he said to the audience of enlisted Airmen. “You represent the Academy’s cradle of leadership. There is nothing that gets done here without your ownership or involvement.”

As the command chief, Boyer advises Academy Superintendent Lt. Gen. Jay Silveria and other senior staff on military readiness, quality of life and the professional development of more than 9,000 service members and cadets. He’s Silveria’s enlisted representative on several committees, councils and boards.

Boyer said his most important plan after retiring is to support the career goals of his wife, Master Sgt. Yvonne Boyer, scheduled to retire from active duty April 1 at Peterson Air Force base.

“Where we land after I retire depends on where she lands,” Boyer said. “Yvonne’s been following me around for four years so I want to support her goals and dreams.”

Boyer’s retirement ceremony will occur in August and he officially retires Oct. 1. The name of the Academy’s next command chief should be announced by spring.

Enlisted service members are in-part responsible for every success at the school, Boyer said.

“You always have a part to play as enlisted Airmen in building our product: lieutenants who are ready to lead Airmen upon graduation,” he said. “The enlisted force represents the majority of the Air Force and it’s critical we provide our officer corps with the enlisted perspective to help them make informed decisions. It’s also critical we set the example for cadets and help them make informed decisions.”

The chief said the Academy’s enlisted force shouldn’t underestimate its part in developing this “Air Force We Need.”

“They represent one of the best leadership teams we’ve had in terms of advocating for us,” he said. “Thanks in part to them and General Silveria, we’re on a pretty steady plane, especially when it comes to resources. Here at the Academy, we’re postured well to do our mission, but we couldn’t do it without you.”

Boyer also announced that Chief Wright is scheduled to be guest speaker at the school’s National Character and Leadership Symposium in February; a remodeled running track near the community center should be unveiled next fall; and construction on the Tri-Intersection Bridge should be complete next year.

Boyer ended his enlisted call by thanking the enlisted Airmen.

“Whether you’re that security forces Airman protecting the base, that medical clinician serving thousands of airmen cadets and their families, or any other career field, the Academy exists in large part because of you,” he said. 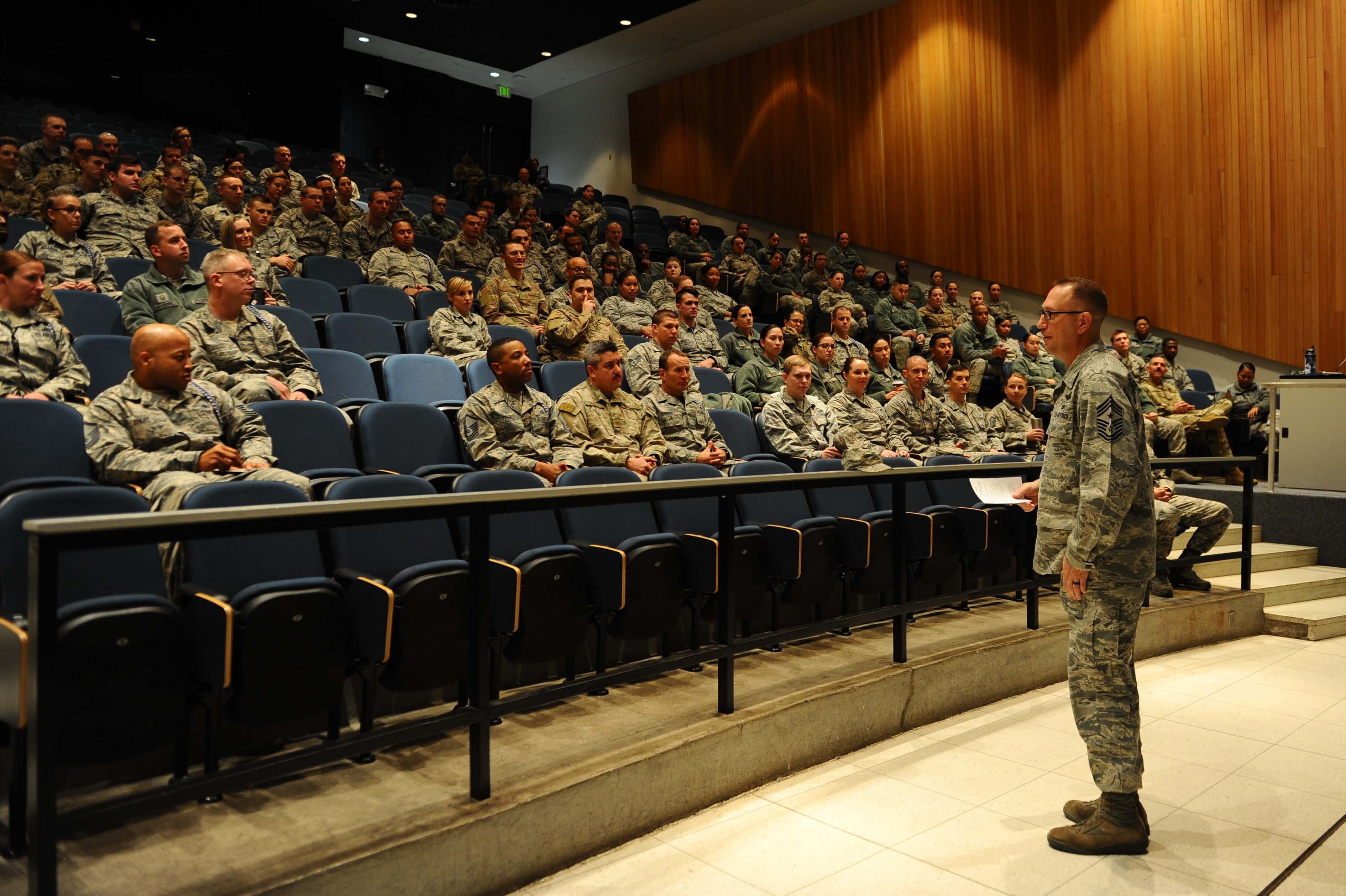