From the sky to the classroom: Air Force Academy launches virtual tour 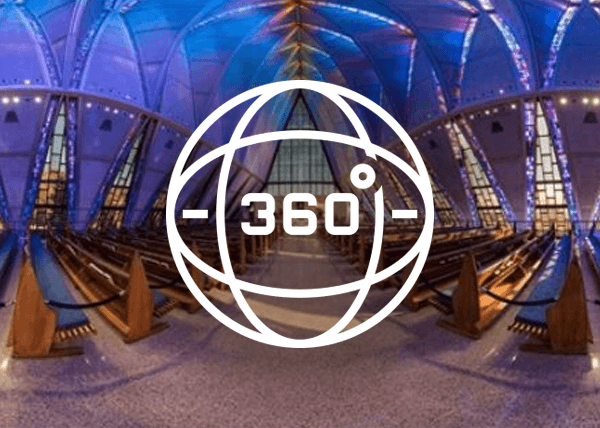 U.S. AIR FORCE ACADEMY, Colo. — So you want to visit the Academy but don’t feel like leaving home?

All you need is the internet, thanks to an interactive, 360-degree virtual tour the school launched May 1.

“Every potential cadet, family member, community member and general supporter gets an authentic, behind-the-scenes view of what the Academy is like,” said Mike Peterson, the Academy’s chief of outreach.

The tour can be taken with smartphones, computers, or via head-mounted display across the Gen. Benjamin O. Davis Jr. Airfield and through the remotely piloted aircraft center, the human performance lab, the Cadet Chapel, and nearly 50 other on-campus locations.

“For the first time, students and fans from around the world can take flight over our campus, parachute into a crowded football stadium, and navigate through our state-of-the-art classrooms and athletic facilities,” said Andrew Hamilton, the Academy’s chief of marketing.

Hamilton said and the virtual tour is a nod toward the Academy better serving the interests of the general public.

“The lines between communication and entertainment are increasingly blurred,” he said. “We’re no longer just competing with other colleges and military academics for screen-time, but also Netflix.”

Several 360-degree film-shorts seen on the tour will be shown at the Academy’s Planetarium for free, Monday-Friday.

Visit www.usafa.edu/virtualtour to experience the tour.