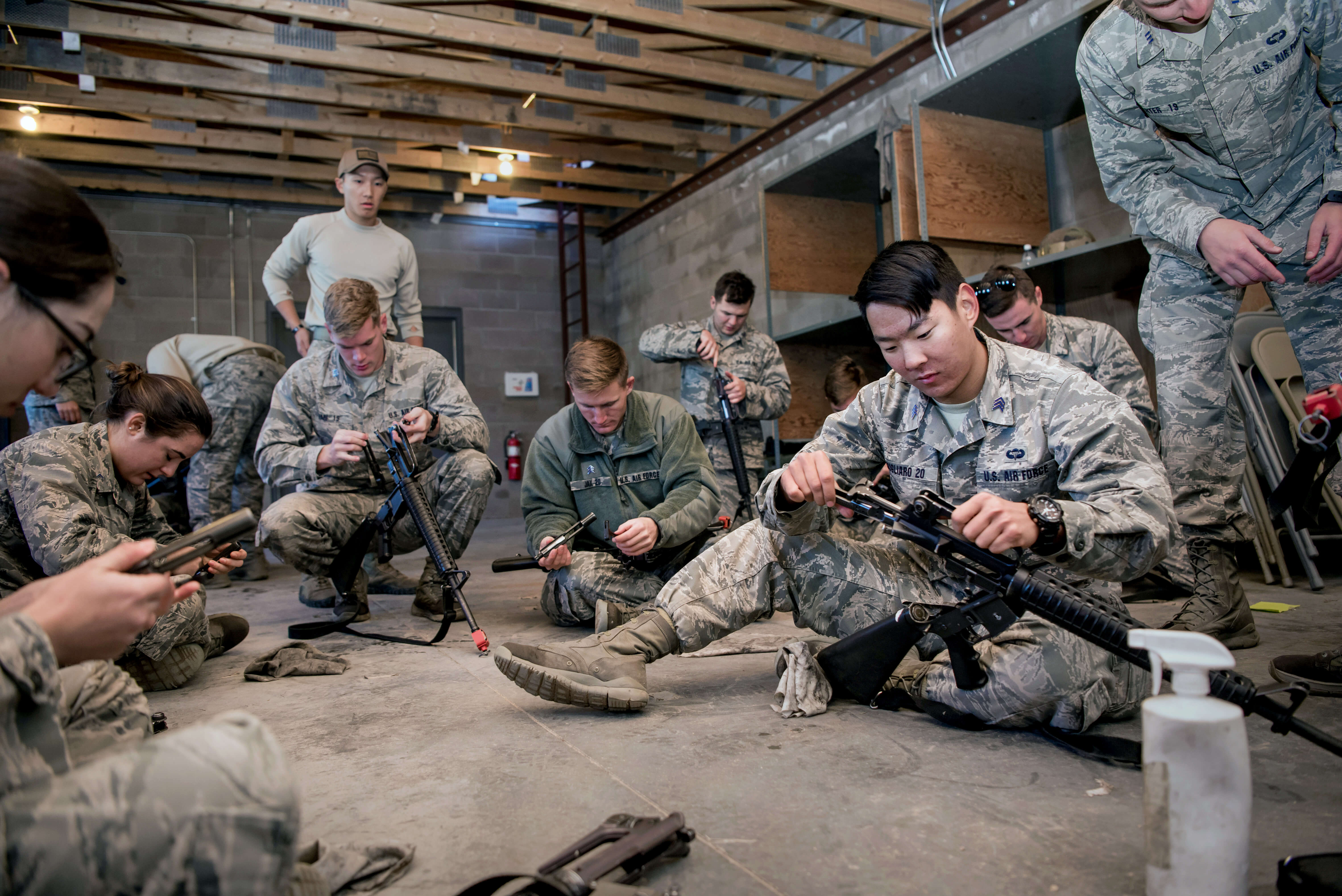 Cadets at the U.S. Air Force Academy clean weapons during the Commandant’s Challenge, Oct. 12, 2018.  The challenge is an annual event at the Academy focused on military training and teamwork. (U.S. Air Force photo/Trevor Cokley)

AIR FORCE ACADEMY, Colo. — Cadets took a one-day break from classes to focus on their military training during the annual Commandant’s Challenge Oct. 12.

All 40 cadet squadrons squared off against each other in a series of scored tasks that included intelligence, security and air support.

“The Commandant’s Challenge is focused on developing leaders of character through an emphasis on the warrior ethos and teamwork in a combat environment,” said Col. Scott Campbell, vice commandant of cadets. “These are skills our operational commanders will expect from our second lieutenants when they show up in their units.”

“Building joint leaders is one of Air Force Chief of Staff’s key objectives, and we’re a big part of that as we develop and graduate our leaders into the Air Force. It was a tremendous opportunity to bring the [JTACs] here to give the cadets operational relevance,” Campbell said.

According to Cadet 1st Class Jonah Whitt, one of the event’s planners, it was also the first challenge to incorporate the Academy’s RPA assets.

“We tried to incorporate the different facets of war and contextualize a scenario where we were an expeditionary force and assess things that we have been trained on,” Whitt said.

Whitt said the experience of planning such a large-scale event had stretched him as a leader and gave him a deeper appreciation for training or mission intent.

Whitt said he was proud of his planning team, and he hoped the training would continue to evolve and improve for future challenges. “We’re trying to live the spirit of innovation here,” he said.

“A big part of our victory was that early preparation. We got on it weeks before, we had a plan, and we executed that plan throughout the week and today,” said Cadet 1st Class Caleb Mathes, CS-16 squadron major events training officer.