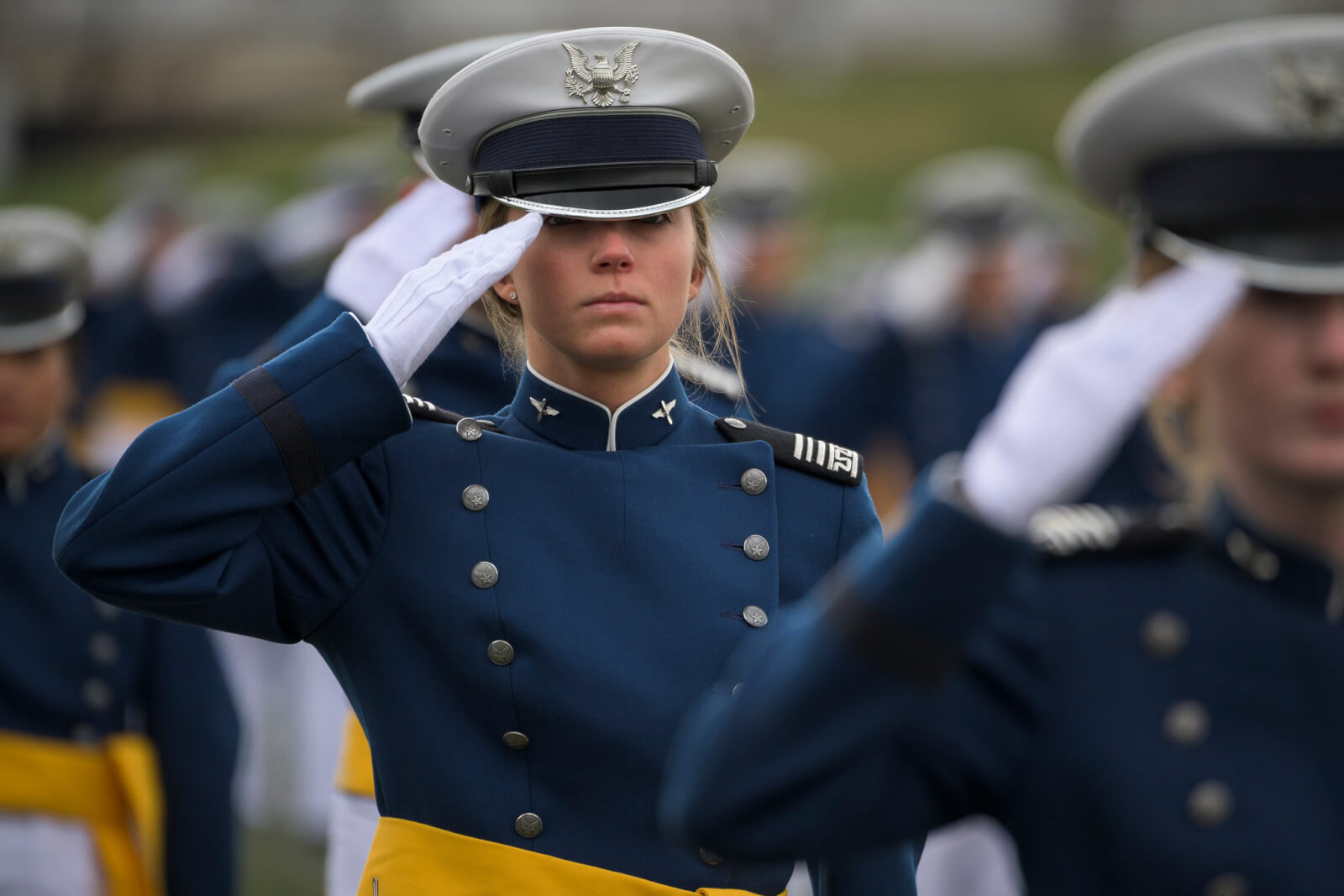 U.S. AIR FORCE ACADEMY, Colo. — Graduation for the Air Force Academy’s Class of 2020 may have been different from what cadets originally expected, but the ceremony on the terrazzo April 18 contained all the trappings and formality you’d expect the school to deliver.

Vice President Mike Pence changed his plans amid the global COVID-19 pandemic to give the commencement address, the Thunderbirds flew over, and 967 new officers closed-out their four years at the school by hurling their caps into the air at the end of the ceremony on the terrazzo.

“Today, the 967 exceptional young leaders of the 62nd graduating class of the United States Air Force Academy started their careers as officers, and I am confident that they will take our Air and Space forces and make them their own,” said Academy Superintendent Lt. Gen. Jay Silveria during the ceremony’s opening remarks.

Early this month, Silveria announced his plan to move the ceremony from May 28 to April 18, a move supported by Air Force Chief of Staff Gen. David Goldfein, which meant faculty and staff at the school ramped up their efforts to get senior cadets to an earlier-than-expected graduation day.

The base also made several moves in March and April to keep cadets, staff and their families at the base safe from the effects of the novel coronavirus. Most freshmen, sophomores and juniors left the Academy in March and all cadets began distance online learning. The base locked down to all but official business and families and friends of cadets learned the graduation ceremony would not be public.

Silveria acknowledged these concerns and expressed his gratitude.

“To the parents, families, friends, loved ones, our local leaders, and community members, thank you for your unwavering support,” he said.

The superintendent gave a nod to the online audience watching the event from afar via livestream.

“This is a community we would normally welcome to Falcon Stadium but under the current circumstances we are honored to have your support from wherever you may be tuning in,” he said.

Missing from the ceremony were the hugs, handshakes and chest bumps cadets typically deliver after receiving their diplomas. Each cadet marched or sat at least six feet away from their peers before, during and after the ceremony.

In his remarks during the ceremony, Raymond said the new Space Force officers will “fight and win the battle for space superiority.”

“You are our future and I need you to be bold,” he said.

The Space Force opened for business Dec. 20 to protect U.S. and allied interests in space.

Silveria also thanked the class of 1959, the Academy’s first graduating class for a plaque prepared for the class of 2020 “recognizing the permanent bond between past and future, formally honoring the class of 2020 as one that has further strengthened the proud traditions of this institution.”

The graduates will leave the Academy in stages throughout April for their first Air Force assignment or their homes for 60 days. 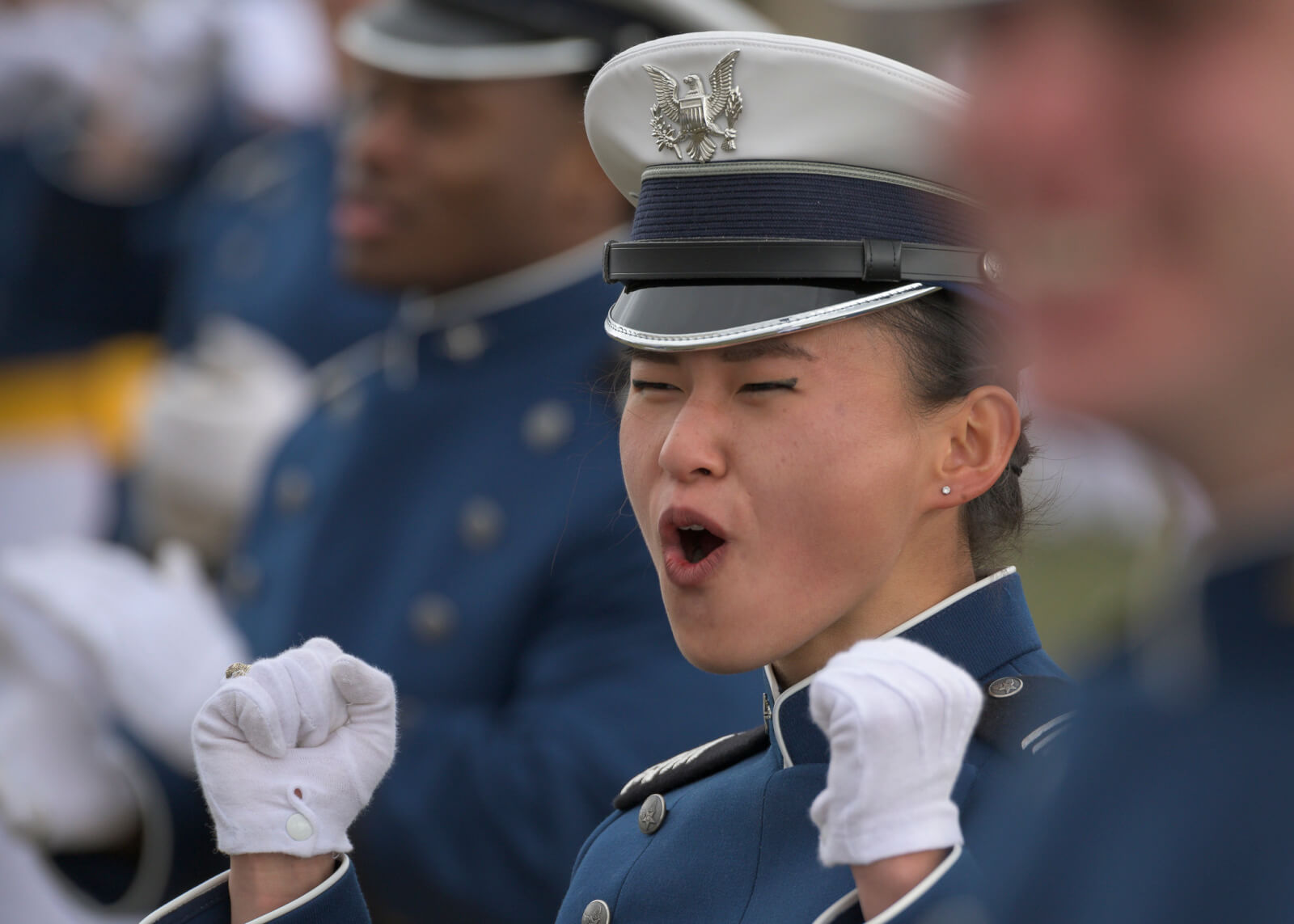 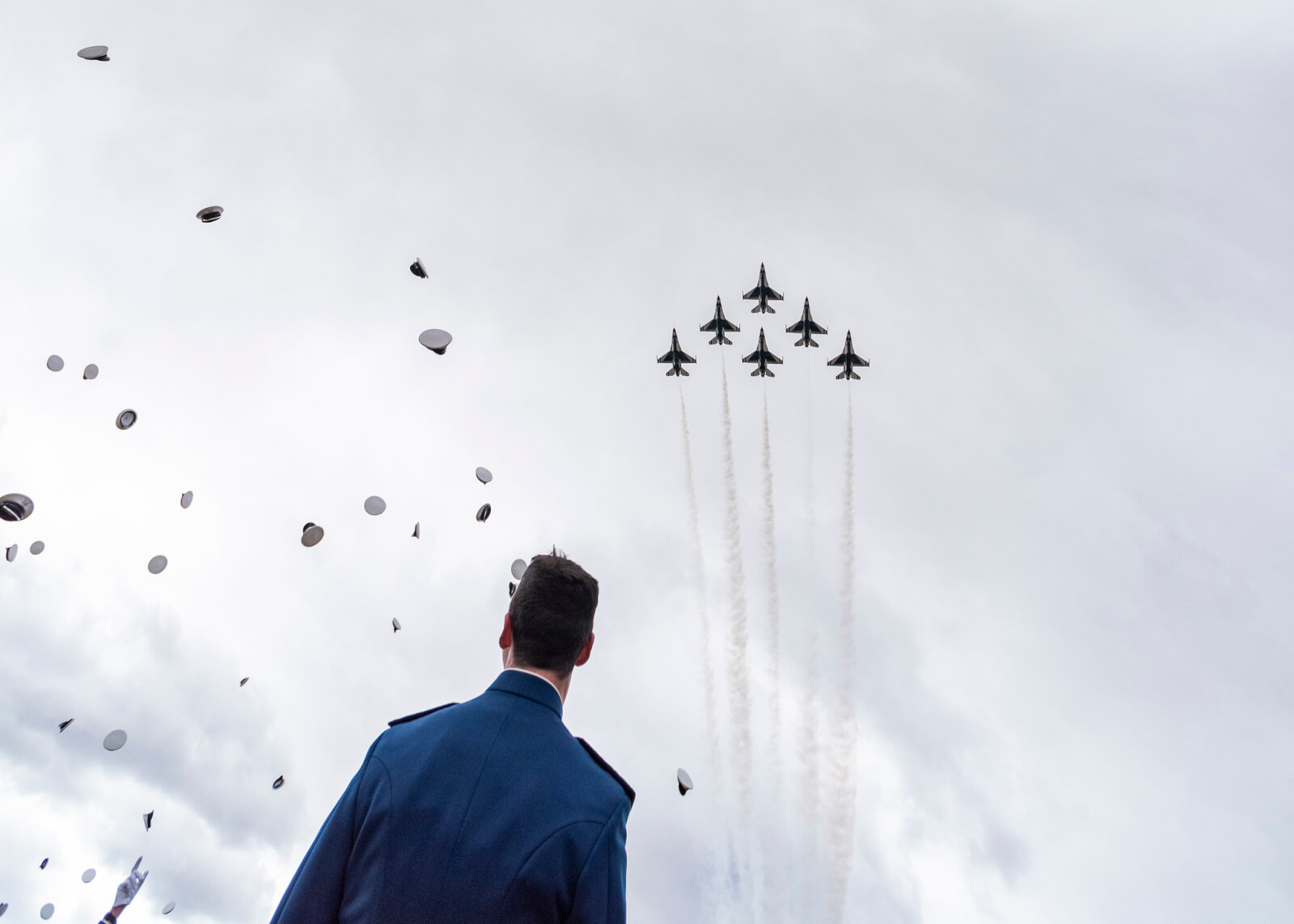 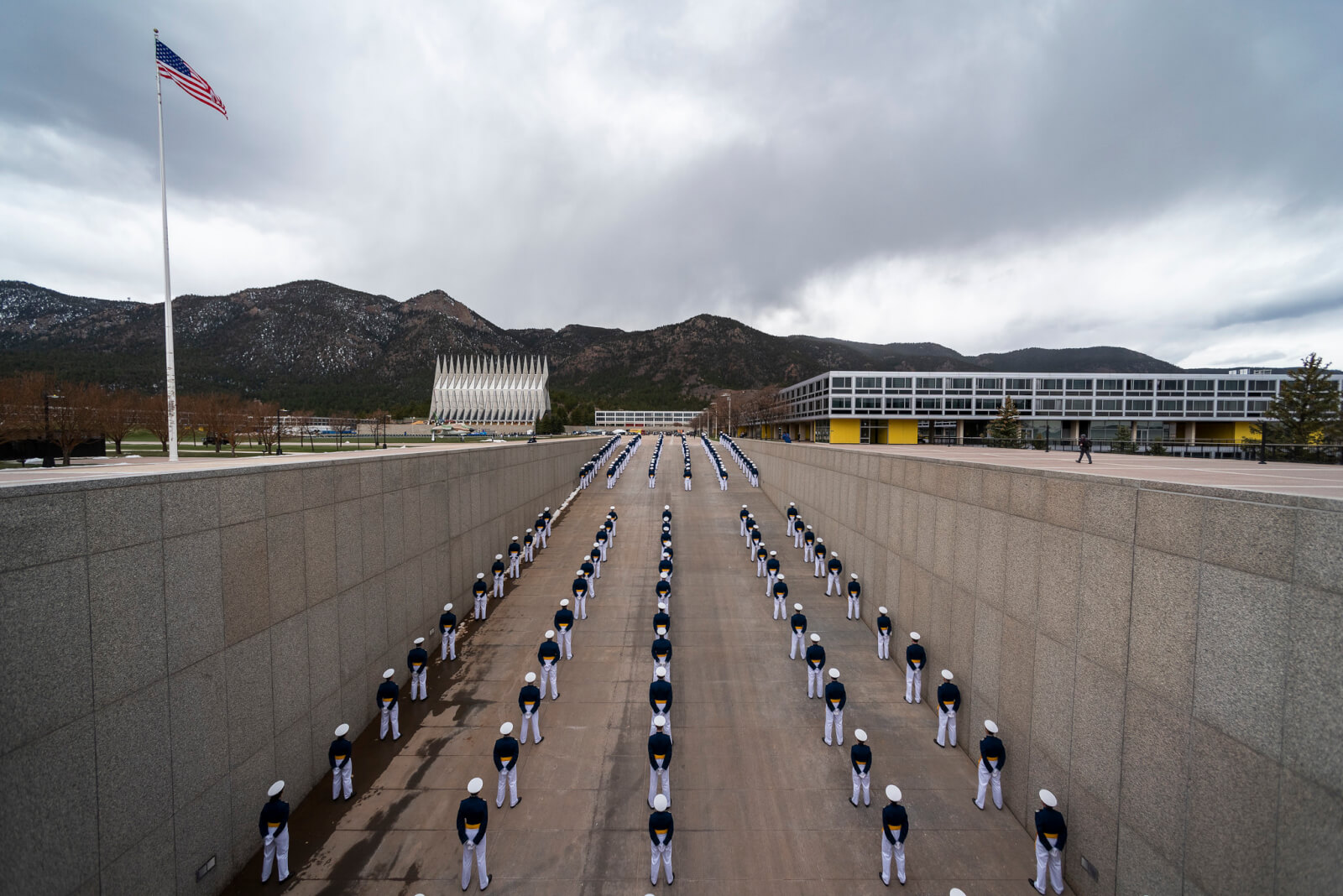