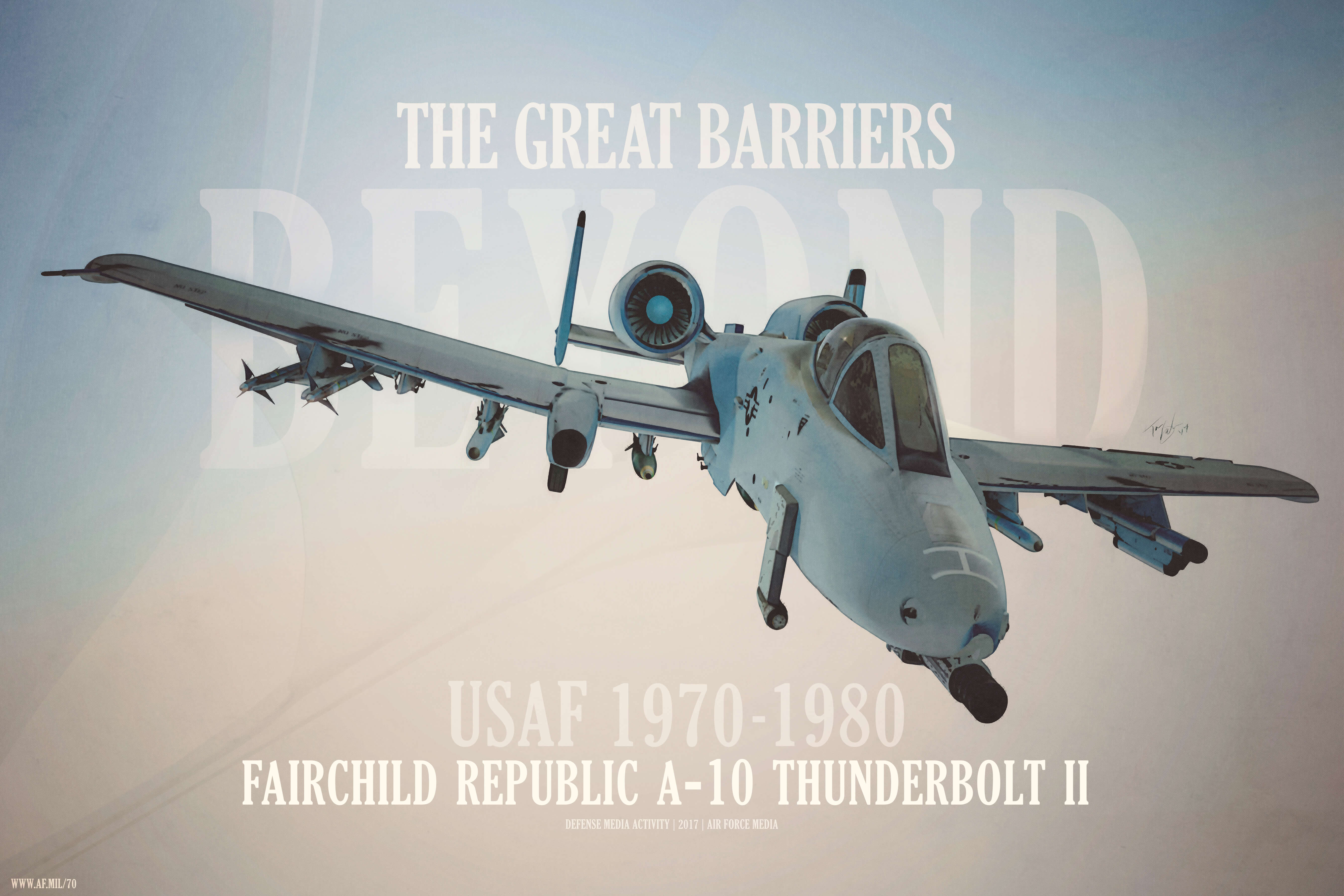 If you’re an A-10 Thunderbolt II pilot, you might just be in luck today.

Nicknamed the “Warthog,” the Thunderbolt II is a single-seat, twin-engine, straight-wing jet aircraft flown by the U.S. military since 1972.

“We’re working together to investigate replacing the existing leading-edge slat system with a fixed leading-edge droop to reduce complexity on this important aircraft,” Potthoff said.

“[When the slats are extended], it creates a nozzle effect like a garden hose and allows higher air velocity near the surface of the wing to assure uniform air flow into the engine inlets,” he said.

Clegg and Potthoff’s research into the drooped leading edge modification has the potential to reduce engine stalls in the aircraft, which Yechout said could lead to reduced maintenance costs and improve the aircraft’s availability, among other capabilities.

The cadets also researched increasing the number of munition-laden rockets an A-10 can carry.

Typically, the A-10 carries a series of pods attached to the aircraft via pylons carrying rockets. According to Clegg and Potthoff, the A-10 is capable of carrying more munitions if the number of pods could be increased.

The A-10 System Program Office at Hill Air Force Base, Utah, requested the research.

“Their tasking was for us to evaluate and define the aerodynamic effects and the performance implications of tripling the number of rocket pods,” Yechout said. “This included assessing the changes in aircraft range, endurance and maximum speed.”

Last summer, Clegg and Potthoff got a chance to see the A-10 Thunderbolt II stripped for maintenance at Hill AFB during their Cadet Summer Research Program project.

“It was rewarding to see how the A-10’s special project officer applies engineering to make intelligent and safe decisions for operational aircraft in the field,” he said.

Clegg said this was his favorite experience related to his aeronautics research.

“I was able to perform analyses on real-world problems and see how my work has the potential to impact those on the operational side,” he said.

Clegg and Potthoff presented their research to the A-10 Special Projects Office Program Manager and staff last May and will give the office an update in January, Potthoff said.

“We may have an entirely new project after the January briefing,” he said. “One thing is certain, we will continue to do research to support the A-10 and increase its combat capability.”

Clegg and Potthoff will continue working with the aeronautics faculty and staff to support and improve A-10 operations, they said.

They’re scheduled to graduate in May and have been selected for pilot training.