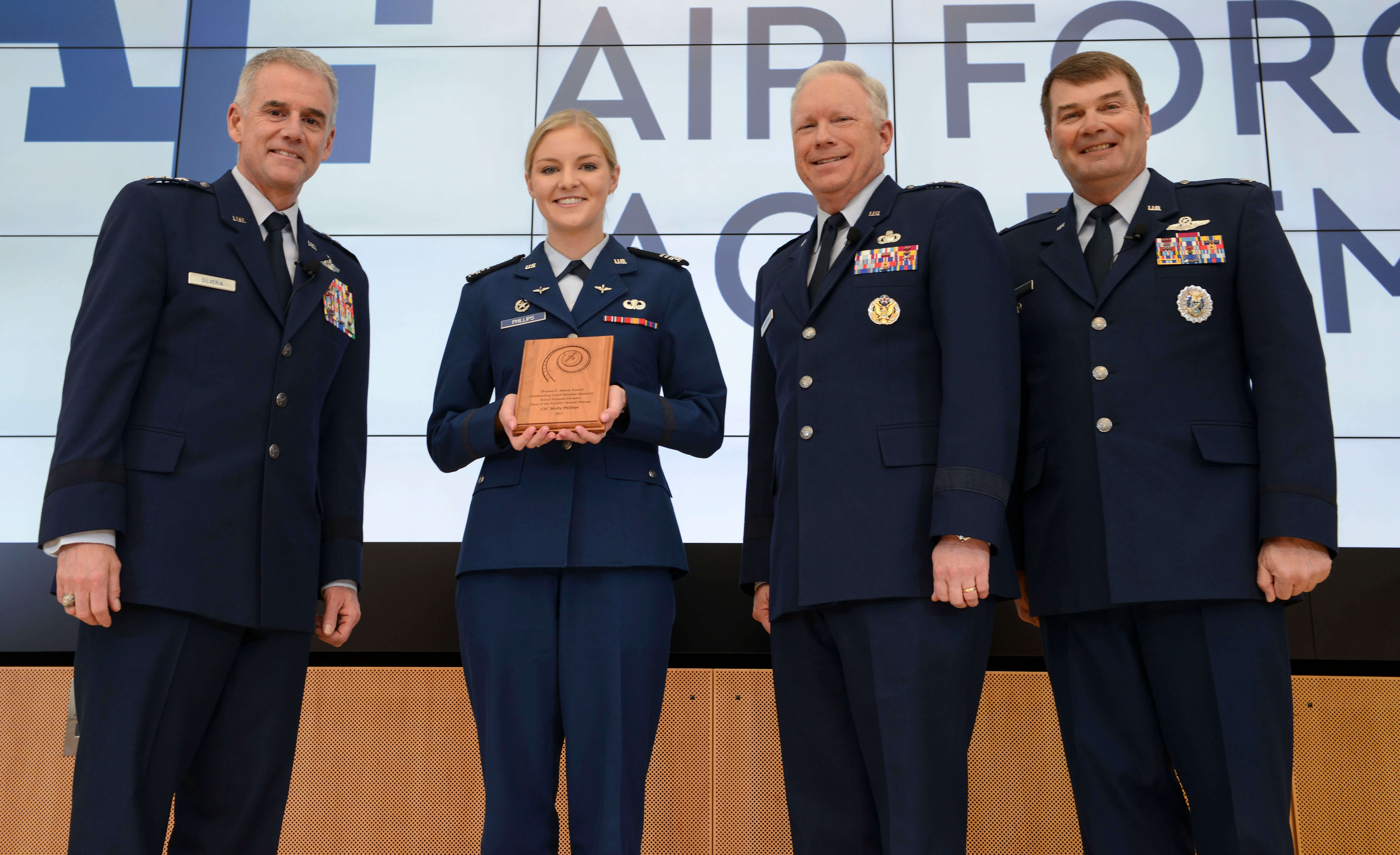 The ceremony heralds the school’s research programs covering the gamut of academic majors including engineering, humanities, science and the social sciences.

The general said cadet and faculty research advances the capabilities of the Air Force and the Defense Department.

“I need it, your nation needs it and the space enterprise needs it,” he said. “We care about the quality of research. We live in meritocracy where the best idea wins.”

Col. Gary Packard, vice dean of faculty, told the audience that the level of research at the Academy is difficult to find at other major universities.  He said the Academy’s $50 million research budget indicates the importance DOD leaders place on research.

“This enhances the quality of the Academy’s academic programs and keeps these instructors and professors at the top of their fields,” he said. “If they don’t stay relevant and current in their disciplines, they’re not providing cadets with the best education they’re able.”

Robert F. McDermott Award for Research Excellence in the Humanities:

Martinson Award for Scholarship of Teaching and Learning: