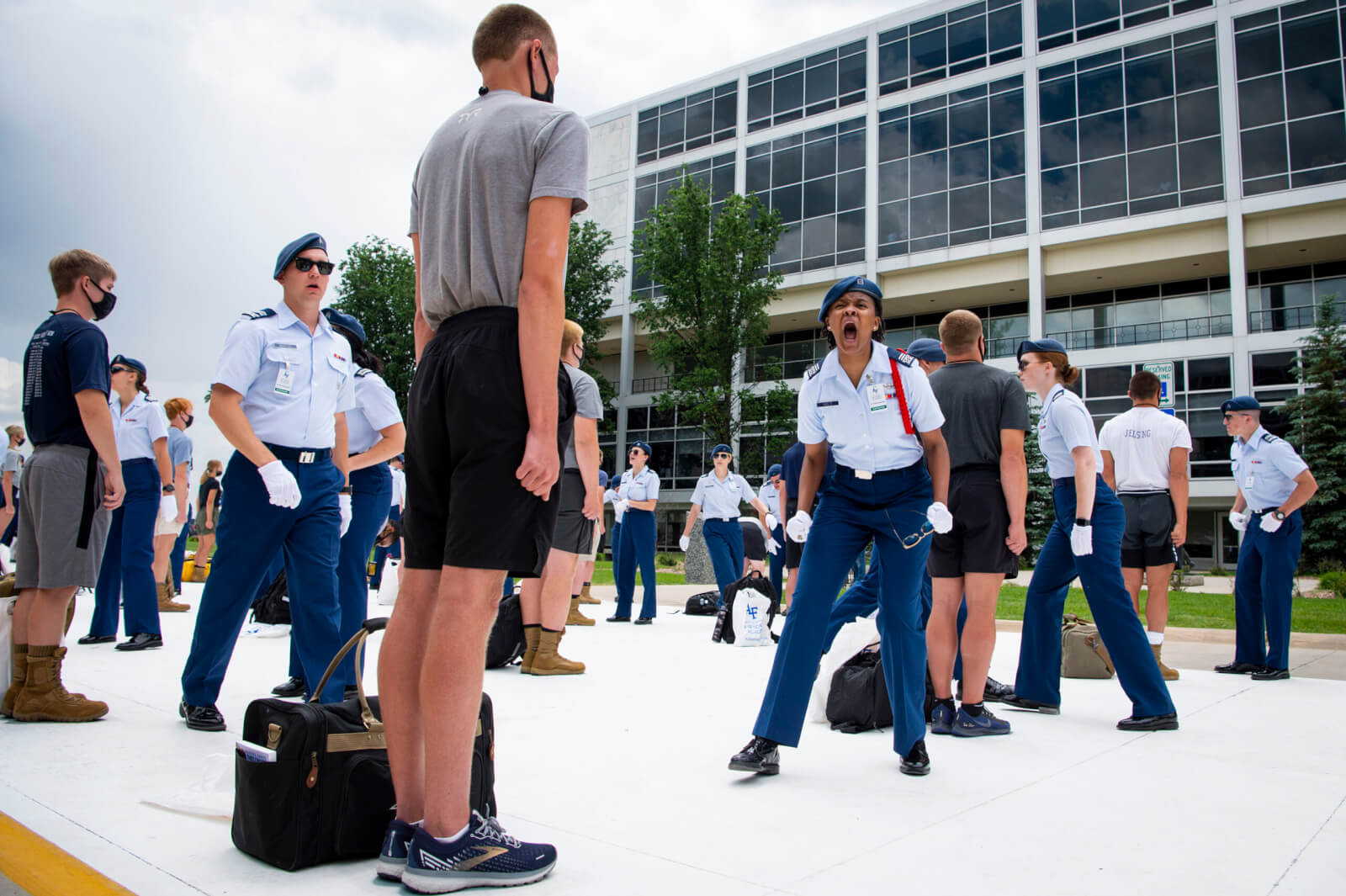 U.S. AIR FORCE ACADEMY, Colo. – The global COVID-19 pandemic may be on the decline, but the Air Force Academy took no chances when more than 1,100 young men and women reported to the school for basic cadet training, June 24.

The trainees arrived between 7 a.m.-noon, were given facemasks and immediately tested for the coronavirus.

Academy Superintendent Lt. Gen. Richard Clark spoke to groups of trainees at the Holaday Athletic Center throughout the morning, welcoming them to the start of their “roughly 47-month Air Force Academy journey.”

“You will be challenged during the next four years, but you can do it,” he said.

Clark, a 1986 graduate of the Academy, told the trainees to approach their time at the school as if they were “eating an elephant.”

“Take one bite at a time,” he said. “The first step is completing basic cadet training, and you have already demonstrated you have what it takes to succeed by getting here. I stood where you stand almost 40 years ago and I’m so glad I stuck it out.”

’Chief Master Sgt. Sarah Sparks, the Academy’s command chief, said despite the coronavirus or any other challenge, the trainees are in capable hands

Sparks said the cadre plans for basic training throughout the year.

“Knowing how hard they prepare and how much they care about these basic cadets gives me hope,” she said. “It’s wonderful to see their leadership skills passed down through generation after generation of cadets.”

“Basic cadet training gives the cadre a chance to pass on the lessons they’ve learned as cadets and share a different perspective,” she said. “The cadre are learning too, and that’s what basic training is all about.”

Armbruster is the first person in her family to attend a service academy, but that number grew as her brother, Andrew, was among the scores of trainees reporting to the Academy.

“He’s down there right now,” she said, referring to the growing line of young men and women outside the Holaday Athletic Center. “I remember being nervous and shaky when I got here. It’s humbling being on the other side now.”

Among the trainees Clark welcomed were Jackson Kohal from Coeur d’Alene, Idaho, and Jinju Thompson from the Northern Mariana Islands.

“I can’t wait to get this thing started,” Kohal said. “I’m nervous but excited and I love my parents. I want to thank them for everything.”

Thompson seemed to take her emotions in stride.

“Everything new can be scary,” she said. “I’m just proud to represent my island. I want to say ‘thank you’ to my parents and that I’m honored to be here.”

By the afternoon, most cadets had been bussed to the terrazzo to take their first steps up the core values ramp, an Academy tradition with trainees following painted footsteps representing their predecessors to the terrazzo, guided by the loud instructions of cadet cadre.

One young man who trekked up the ramp is Luke Walters, son of John and Amy Walters from Nashville, Tennessee. His brother Matthew is a junior at the Academy.

“His older brother seems excited and interested in how his day is going,” Amy said. “As a mom, it’s comforting knowing an older brother is looking out for the younger. He’s doing what he’s wanted to do since he was 5-years-old.”

Luke is a “perfect fit” for the Academy’s concept of character, John said.

“That you could be in a position where you would someday take care of people is very appealing to him,” he said. “He’s loving, firm, thoughtful and empathetic.”

Clark told the trainees their ultimate goal is to become an Air or Space Force officer.

“To be successful at the Academy and in the Air Force, you must live honorably, lift others to be their best and elevate the performance of yourself and those will lead toward a common and noble purpose,” he told the trainees. “You are part of a team and will never be alone.” 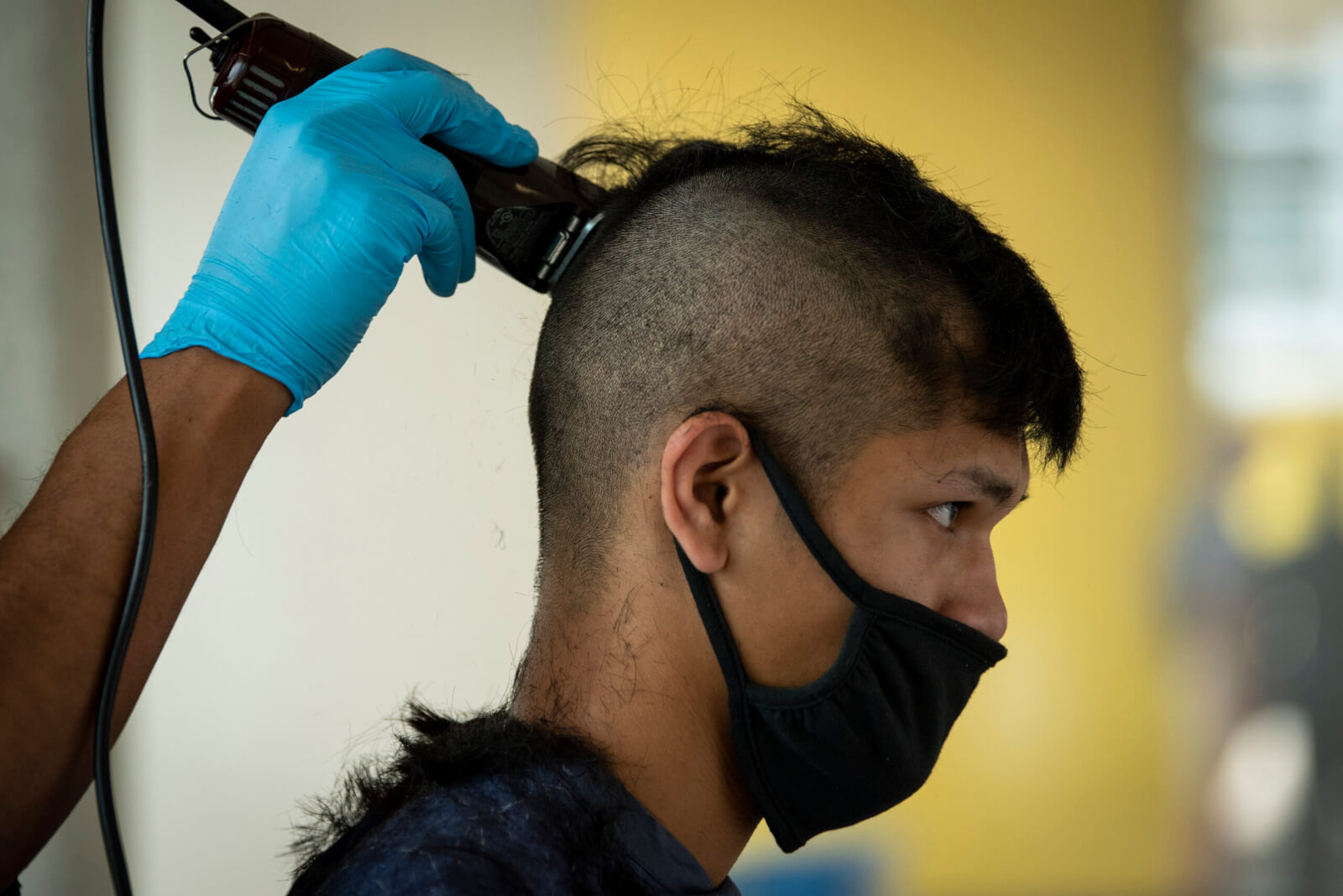 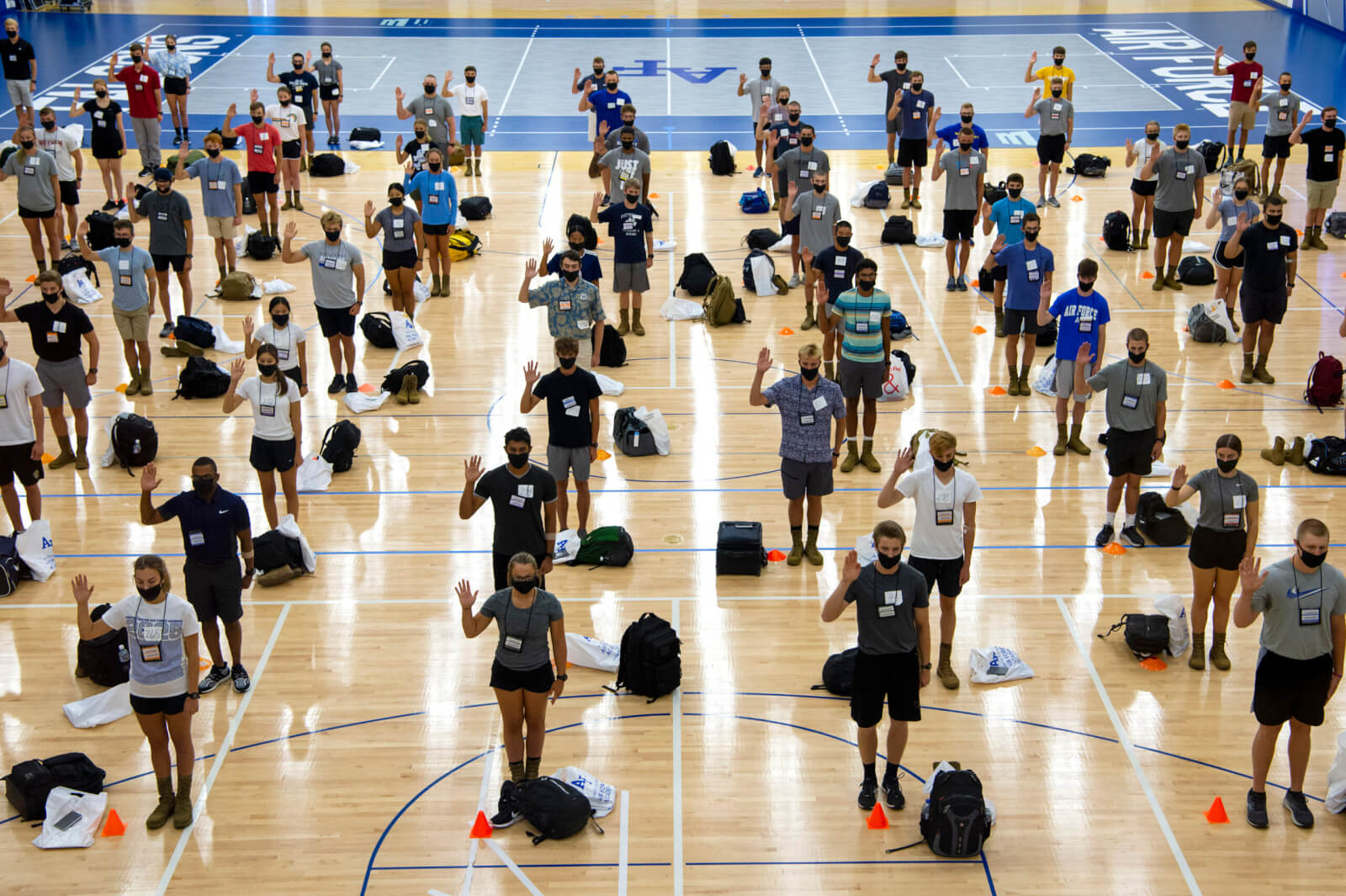 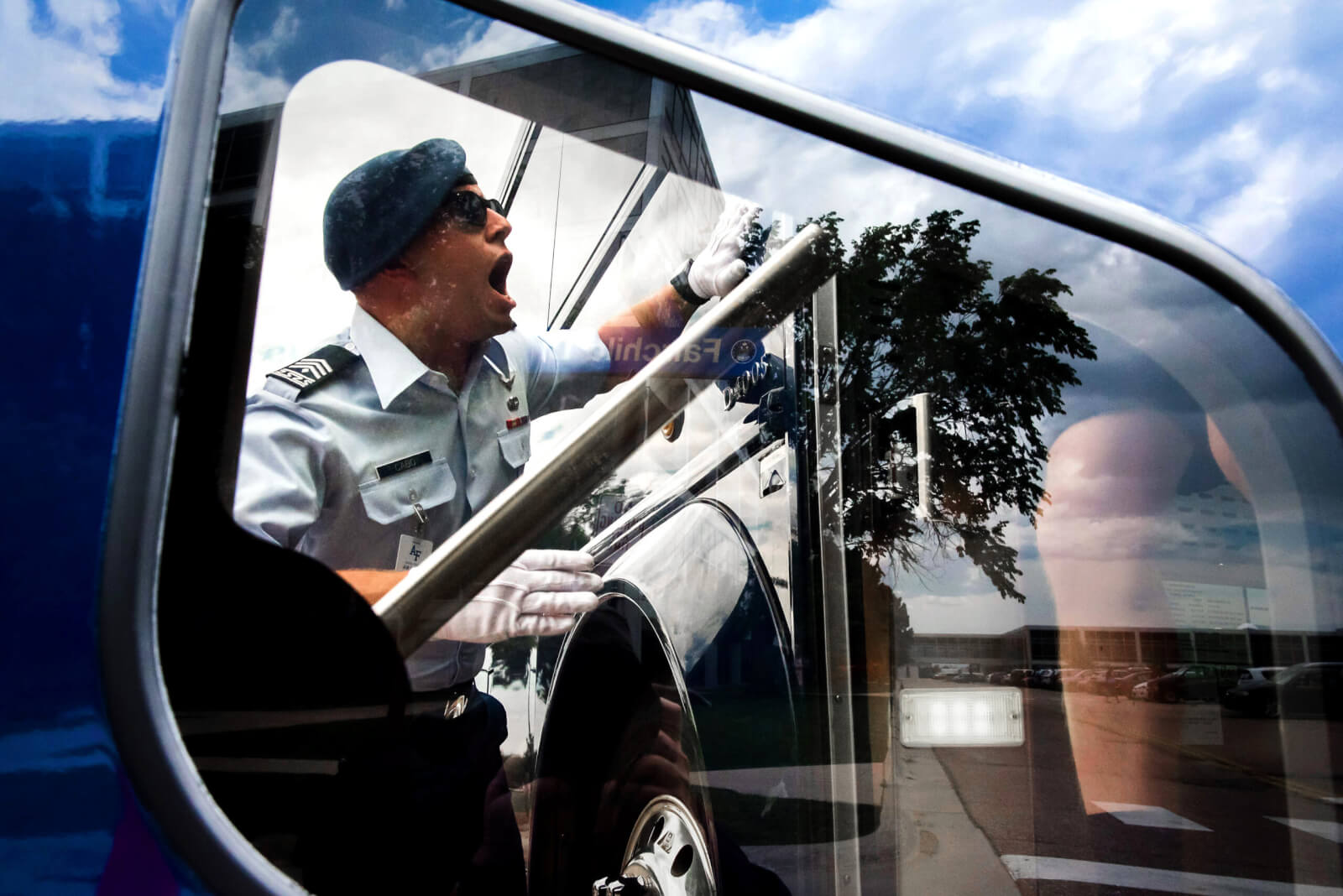 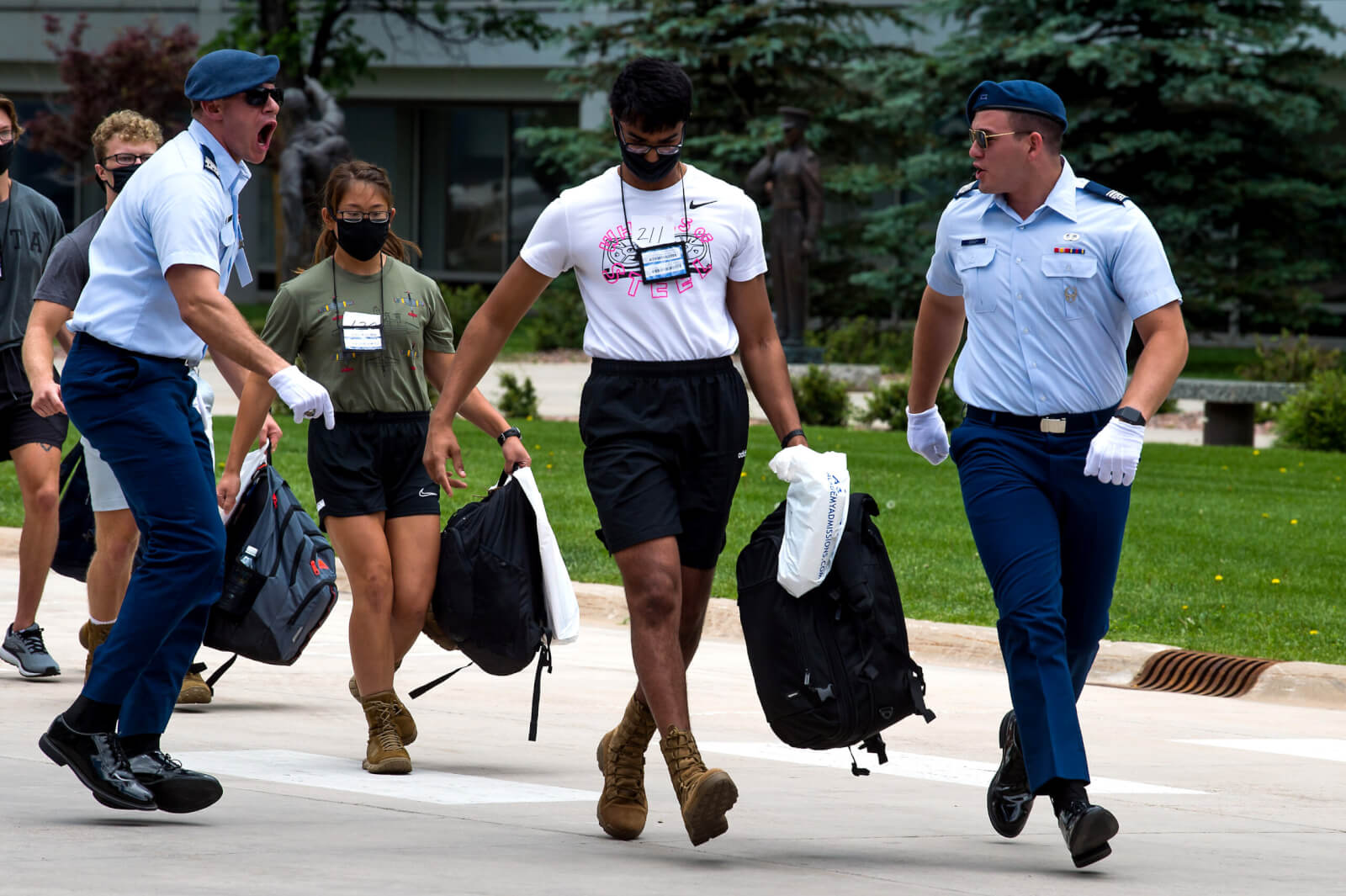 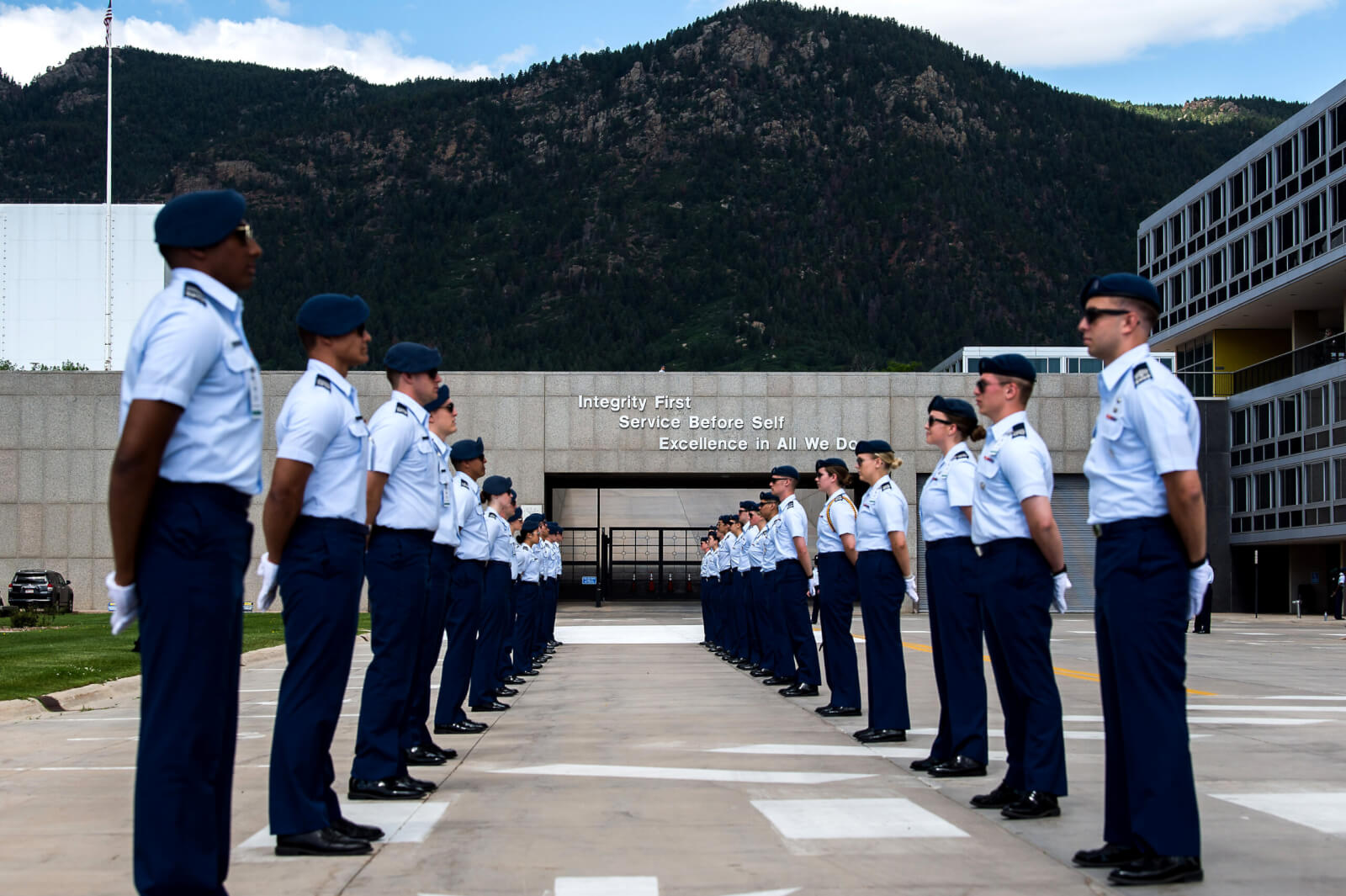