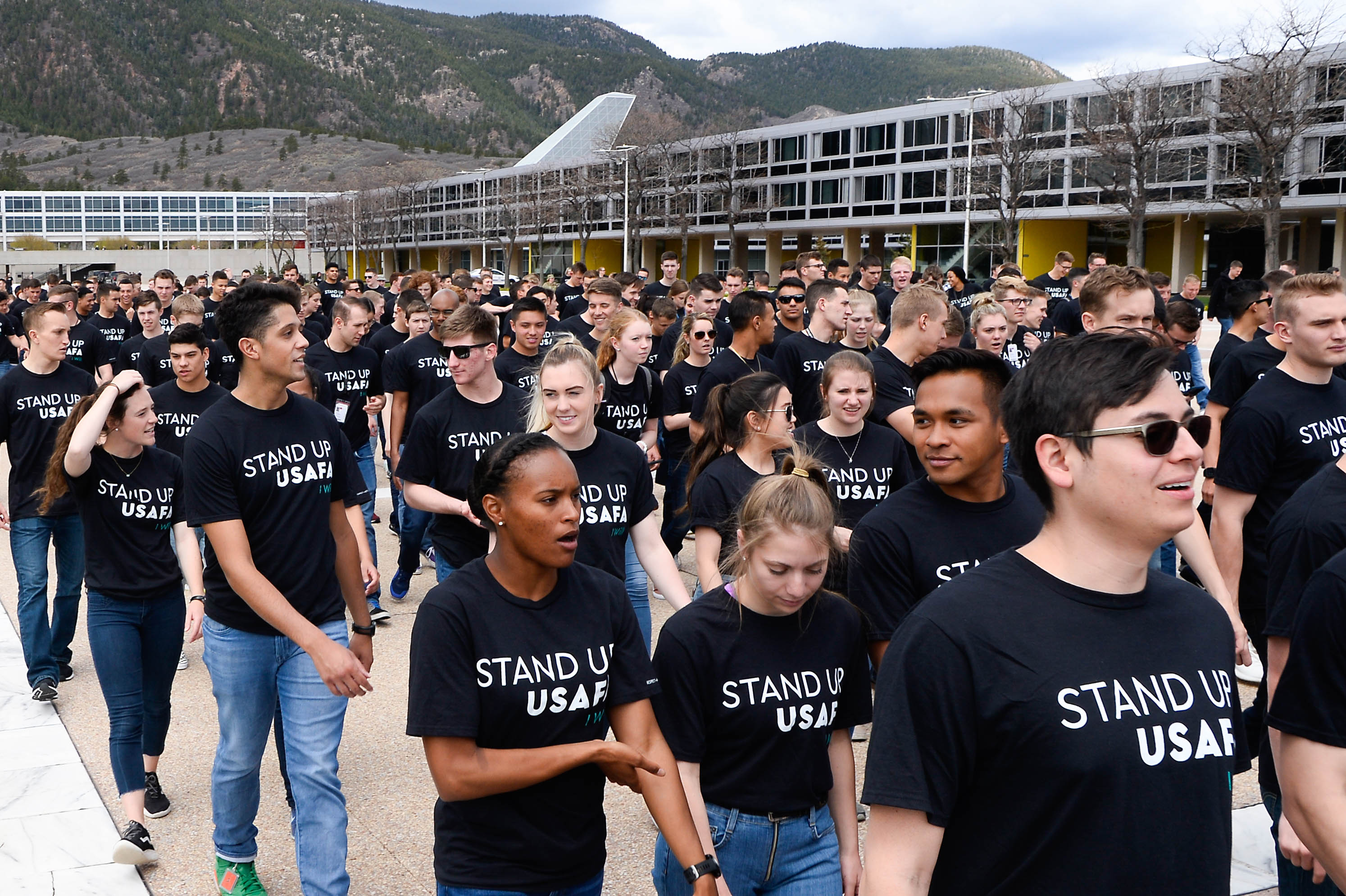 They participated in Denim Day, an international effort 24 to raise awareness and promote respect.

Cadets Kiana Brantley, Abe Rice, and Jess Tobias were among the scores of cadets wearing denim and sporting black “Stand Up USAFA” T-shirts.

“Denim Day came about because cadets wanted it to be here,” Cadet 1st Class Tobias said.

Academy Superintendent Lt. Gen. Jay Silveria allowed the event so all cadets, faculty and staff had a chance to be involved.

Along with wearing jeans, cadets and Airmen could take part in various discussions around the campus concerning how to stop sexual assault, consent and healthy relationships.

Denim Day is inspired by a 1998 Italian supreme court ruling that overturned a rape conviction because the judges concluded the victim’s pants were so tight she must have needed help to get them off.  After the ruling, women in the Italian Parliament wore blue jeans to work to protest the ruling.

Since 2011, 20 states including Colorado, have recognized Denim Day as a symbol of protest against sexual assault.