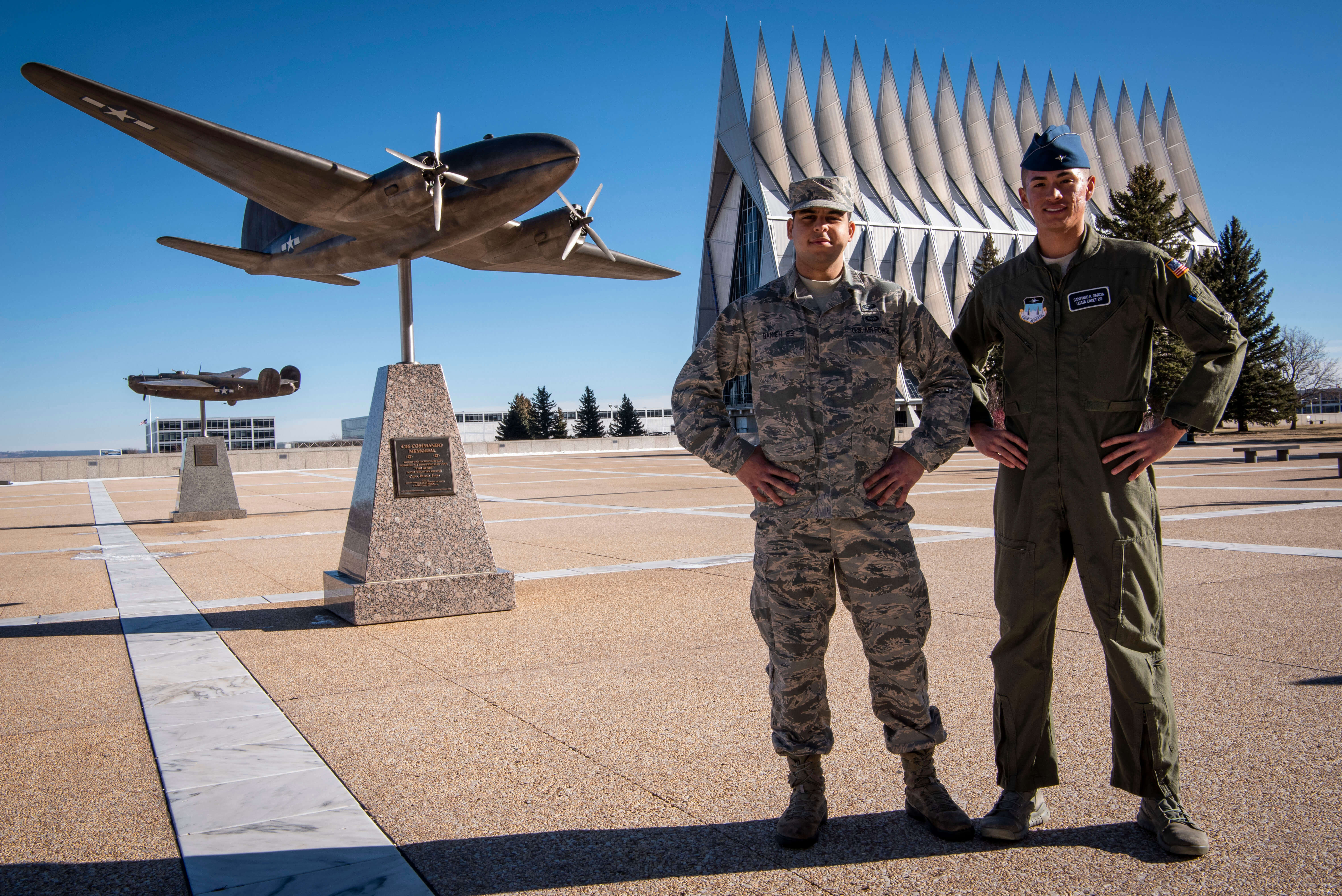 U.S. AIR FORCE ACADEMY, Colo. —  “An airman basic has the ability to make permanent changes in the Air Force — for the better,” said Air Force Academy Prep School Cadet Candidate Usama Bamieh, a first generation American and previously enlisted weather specialist. “I truly believe the ability to rapidly innovate and empower change at all levels is what makes us the most lethal Airpower in the world.”

Bamieh developed a software program to streamline the Mission Execution Forecast while serving at his first duty location. The MEF is a snapshot of weather conditions in an area of responsibility and includes information like wind speed and temperature.

“Weather can make or break a mission,” Bamieh said. “It effects the capability of aircraft, target acquisition and the accuracy of kinetic weapons, even electronic warfare – everything is dependent on weather. Lexi has reduced the time spent compiling the MEF from an average of 15-20 minutes, down to 30 seconds.”

The Prep School student invested more than 150 hours in developing the software, Lexi, used by the 7th Weather Squadron since 2017 at U.S. Army Garrison Grafenwoehr.

Six finalists from across the Air Force will compete at the Air Warfare Symposium in Orlando next February in the hopes that their idea might be implemented across the force.

For Garcia, who developed a program to promote the “ideal flying state,” the opportunity to improve pilot readiness is a personal mission. Garcia was deeply affected by the loss of Maj. Stephen Del Bagno, Thunderbird No. 4, who was killed in a training accident. Garcia met Del Bagno six weeks prior at a luncheon hosted by Central Florida Parents Club.

“Eighty-five percent of these Class A incidents, which have damage that exceed 2 million dollars, are coming from human errors. [They’re linked to] not being able to handle the stress, over-channelized attention on a certain thing, and unexplained physiological incidents,” Garcia said. “I thought, ‘an Airman as great as him, why did we have to lose him?’ and that motivated me to begin work on Grind To Fly.”

Grind To Fly is designed to improve the link between pilots and systems through a series of specific exercises and the proper use of the four pillars of mental toughness (spiritual, mental, emotional and physical).

Garcia, a human factors major at the Academy, said while technology continues to improve, pilots can still increase their own peak performance.

“I play tennis here at the Academy. Tennis players don’t train like a bodybuilder,” he said. “We have tennis-specific exercises that we can do, and [the Air Force] could be tailoring fitness to meet pilot requirements.”

Garcia is partnering with a peer at the University of Florida, who is currently studying hypoxia in rats, to develop exercises that would improve performance and decrease the likelihood of Gravitational Induced Loss of Consciousness, which contributed to Del Bagno’s death.

Garcia, who dreams of becoming a fighter pilot, said that he hopes to encourage a culture that emphasizes peak performance – akin to a professional athlete.

“When you step in those fighters, it’s a competition [with the enemy], and you got to be ready to go at any time,” he said.