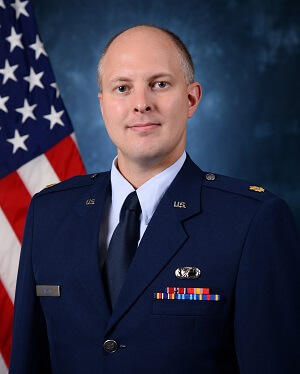 Major Hawkins is a Assistant Professor of Chemistry at the U.S. Air Force Academy, where he teaches general chemistry courses to over 100 cadets per year.