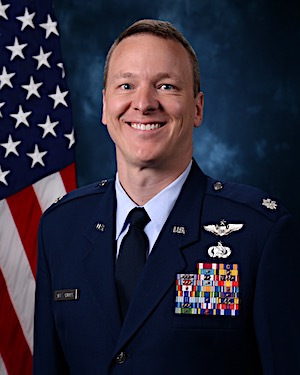 Lt Col Curtis Alexander currently serves as an instructor of Political Science at the U.S. Air Force Academy, Colorado. A native of Washington state, Lt Col Alexander enlisted in the Air Force in 2000 as a computer support technician. He served three overseas assignments before graduating Officer Training School in 2006 with honors and awards. He graduated SUPT-H as a distinguished graduate, earning the AETC commanders trophy and the Order of Daedalians award.

He is a senior pilot with more than 1,000 hours in the M/CV-22B Osprey and has completed multiple deployments to Asia, Europe, Africa, and the Middle East.