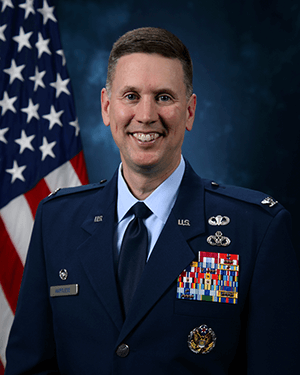 Col. Hartless entered the Air Force in 1996 as a distinguished graduate of the Reserve Officer Training Corps program at the Virginia Military Institute. He has served in a variety of acquisition and installation engineer positions.

Air War College, Maxwell Air Force Base, Ala., by correspondence (2012)

Air Command and Staff College, Maxwell Air Force Base, Ala., by correspondence (2008)