Helen and Arthur E. Johnson Chair for the Study of the Profession of Arms 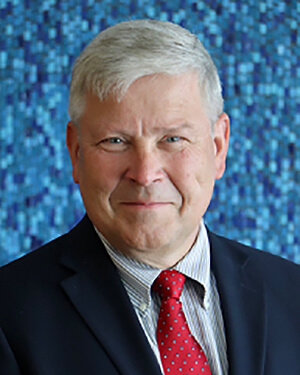 Lt Gen (ret) Chris Miller last served on active duty as the Air Force's deputy chief of staff for strategic plans and programs, leading the Air Force's multi-billion, five-year program formulation and longer-range planning efforts. In his current work at the Air Force Academy's Center for Character & Leadership Development, he is the inaugural Helen and Arthur E. Johnson Chair for the Study of the Profession of Arms. In this capacity, he is exploring the impact of increasingly complex missions and newly contested domains on the nature and cohesion of the military profession, its boundaries and its relationship with civil society.

Over nearly 33 years as an active Airman, he also led planning, policy, and strategy for U.S. Northern Command & NORAD (responsible for homeland defense, civil support, and security cooperation with Mexico and Canada); served as the senior USAF commander on the ground in Afghanistan; commanded the nation's only B-2 bomber wing; directed personnel assignments for 340,000 officer and enlisted Airmen; was defense policy adviser to the U.S. ambassador to NATO, a military fellow at the Council on Foreign Relations in New York, and an analyst and planner at Headquarters US Air Force. He commanded flying units at squadron, group and wing levels and has over 3300 flying hours in T-38, B-1, B-2 and other military and civilian aircraft.

General Miller was a distinguished graduate of the U.S. Air Force Academy and of the College of Naval Command and Staff, and holds an M.Phil. in International Relations from Oxford University. He is President of the North American chapter of the International Society for Military Ethics, immediate past President of the Air Force Historical Foundation, a director of the Academy Research and Development Institute, and a member of the Council on Foreign Relations. From 2018 to 2021, he served as the Presidentially-appointed Chair of the US Section, Permanent Joint Board on Defense, US-Canada.