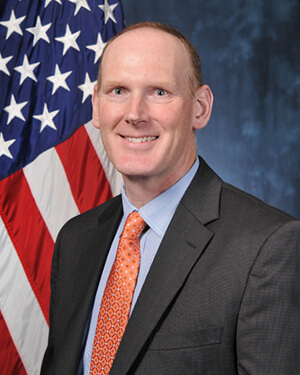 I grew up in Alaska, near Joint Base Elmendorf-Richardson (JBER – just outside of Anchorage). I began my academic career at West Point (2005-2008) and then transitioned to Washington College in Maryland for nine years (2008-2017).  In 2017 I joined the USAFA faculty.. I enjoy working with and mentoring cadets, with a goal of inspiring in my students’ curiosity, intellectual risk-taking, compassion, and motivation to affect positive social change. I have been honored to receive numerous awards for innovative teaching and teaching effectiveness, as well as for significant contributions to the field of military sociology through research and service.

I have two active research agendas in military sociology and environmental sociology, and enjoy the applied nature of these areas of sociological inquiry. I am also trained in program evaluation and have conducted several external reviews for institutions and departments of sociology around the country.

Beyond teaching and research I use my expertise in service to my discipline, my community and to various military organizations, both domestic and international. I currently serve on the Council of the Inter-University Seminar on Armed forces & Society, an international and interdisciplinary organization. For the last 17 years, I have co-organized a military mini-conference at the Eastern Sociological Society annual meeting, hosting 200+ talks and creating opportunities for academics, policy makers and students to share their work. Previously, I served as Chair for the American Sociological Association’s Section on Peace, War & Social Conflict. My work with the NATO research group on the integration of civilians in military organizations culminated in the adoption of my protocol as a best practice model by the eleven participating nations; demonstrating the applied relevance of sociology for the study of militaries and civil-military relations. I have briefed the Executive Council of the Chief of Naval Operations on best practices for integrating women into combat specialization the year prior to full gender integration. Additionally, I designed and analyzed a survey of senior citizens in Kent County, MD to better understand the physical, social, financial, legal and medical needs of this population in our community that resulted in funding for services to promote independent living for seniors in the county.

Bierman, Alex and Ryan Kelty. 2018. “Subjective Cohesion as Stress Buffer Among Civilians Working with the Military in Iraq and Afghanistan.” Armed Forces & Society 44(2): 238-260.

Woodruff, Todd & Ryan Kelty. 2015. “Gender Effects on Soldier Value: Evidence in Support of Full Gender Integration in the US Army.” Res Militaris (Special Issue: Women in the Military, Part One).

Bierman, Alex and Ryan Kelty. 2014. “The Threat of War and Psychological Distress Among Civilians Working in Iraq and Afghanistan.” Social Psychology Quarterly 77(1): 27-53.

Kelty, Ryan and Ruth A. Kelty. 2011. “Human Dimensions of a Fishery at a Crossroads: Resource Valuation, Identity, and Way of Life in a Seasonal Fishing Community.” Society & Natural Resources 24(4): 334-348.