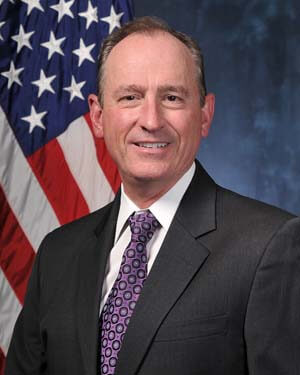 As the Anders Chair endowed professor, Dr. Dippold is responsible for the curriculum and presentation of the capstone Defense Economics and Managerial Economics courses, which provide graduating senior cadets a better appreciation and understanding of economics from the civilian, industry and government perspectives.

Dr. Dippold is committed to the premise that as future officers of the U.S. Air Force and U.S. Space Force, cadets should have an understanding of economics as applied in the “real” world, to include the allocation of scarce defense-related resources, which will ultimately make them better leaders. He is focused on developing an understanding of the strengths and needs of our nation’s capitalistic free enterprise system, especially those of the defense industrial base, and intent on making the relationship between the DoD and defense industry more collaborative and productive.

Falcon Foundation; Board of Trustees

Proven business acumen and success performing across the spectrum of the national defense industrial domain, to include technical services and support, and system acquisitions.  Responsible for multi-billion dollar programs, to include economic profit and loss modeling, cost-benefit and opportunity cost analysis, assessment of comparative advantage, and critical resource allocation to achieve short and long term performance goals.

As corporate Vice President of two Fortune 500 companies, responsible for profit/loss and successfully led geographically separated business units that provided core competencies in system engineering and integration, sustainment and modernization, and test and evaluation for space launch and control of the GPS, MILSATCOM, and SBIRS systems, and mobile C2 and Remotely Piloted Aircraft (RPA) mission support, to include integration across operations centers, ground control systems, platforms, sensors, and the communications/data architecture.

Decorated fighter pilot and instructor flying F-16 and A-10 aircraft in the United States, Europe, Middle East and Pacific theaters of operation; as a Mission Commander, skillfully planned and led combat operations over Iraq and the Former Yugoslavia.

Supported counter-proliferation and combating weapons of mass destruction negotiations for the Air Staff in support of the U.S. Mission to the North Atlantic Treaty Organization (NATO); developed military and economic models to address key strategic goals.