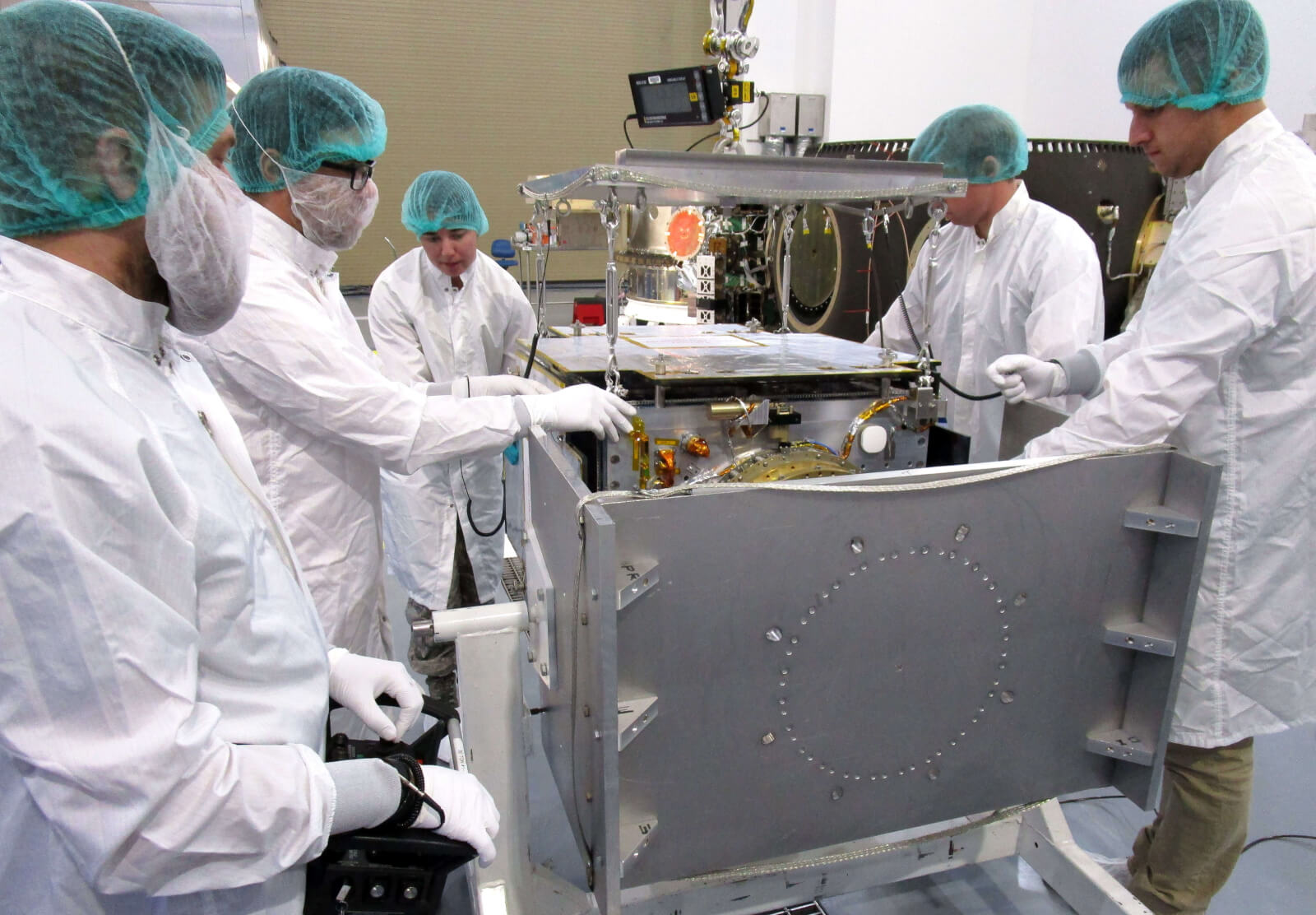 U.S. Air Force Academy cadets clean the components of the FalconSAT-6 satellite they and their instructors built at the Academy at Vandenberg Air Force Base, California, in November. The satellite successfully launched into space Dec. 3, 2018 from Vandenberg. (Courtesy photo)

U.S. AIR FORCE ACADEMY, Colo. — Air Force Academy cadets are known for making advances with their research and scientific discoveries but today, the effect they’ll have in space just got a lot bigger, with the Defense Department unveiling its new U.S. Space Force.

“Today marks a historic day for our nation and our Air Force as the President signed the bill establishing the Space Force,” said the Academy’s superintendent, Lt. Gen. Jay Silveria, Dec. 20. “Just as we celebrate September 18th as our Air Force’s birthday, members of the Space Force will celebrate December 20th as their day. This is an exciting time for our nation and for our Academy.”

The general said the Academy’s heritage now includes “the inspiring task of molding the Space Force.”

“There is no one better equipped for this task than our Airmen and our Air Force Academy,” he said. 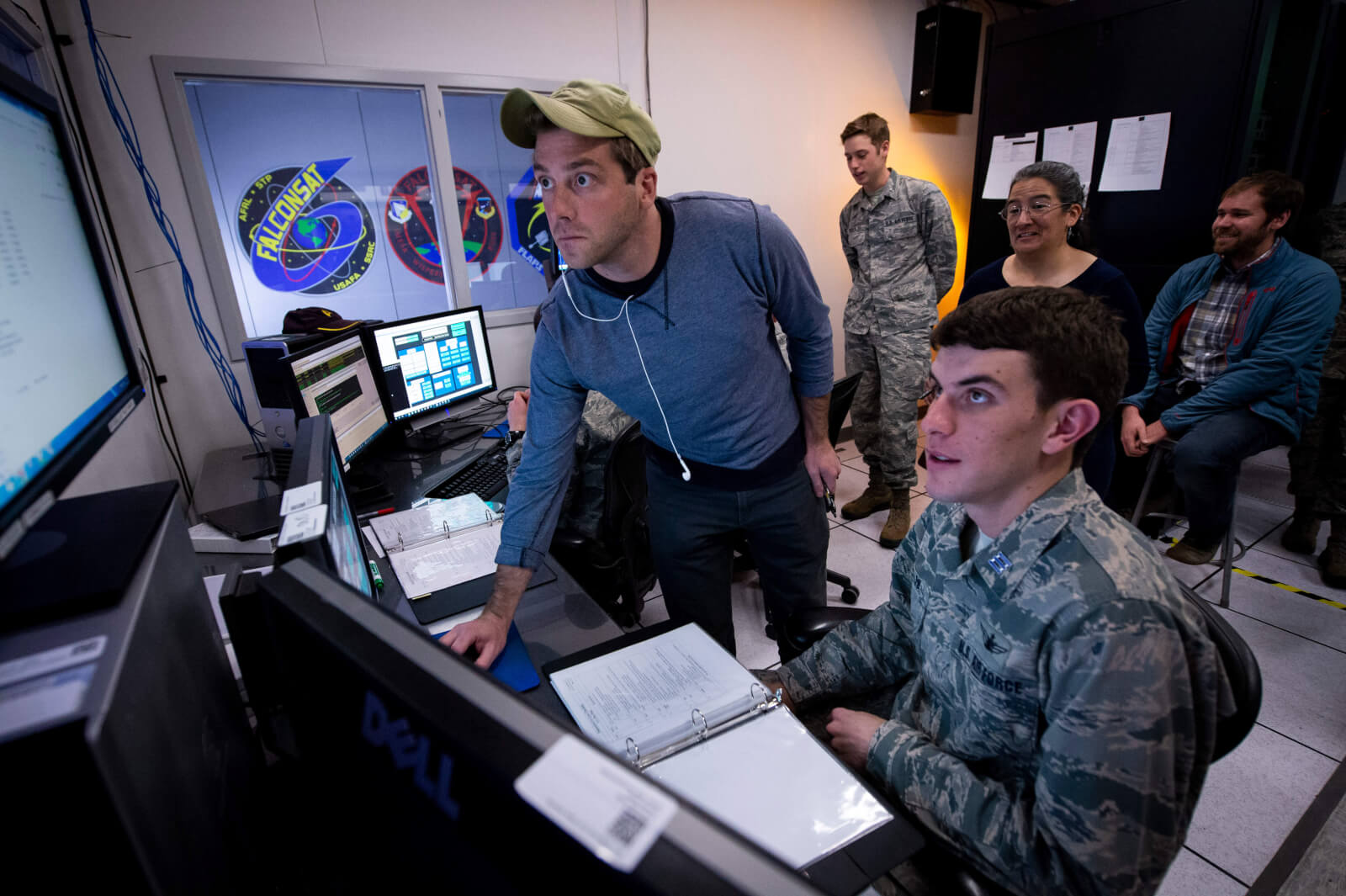 The Academy already ensures its cadets are thinking about space from tactical, strategic and operational levels by the time they graduate.

One premier feature of the Academy’s efforts in space is the school’s FalconSAT Program. In fact, if you catch a glimmer in the sky on a clear winter night, you might have spotted the Air Force Academy’s FalconSAT-6 zooming through its orbit, 357 miles above the Earth.

The 400-pound satellite launched from Vandenberg Air Force Base, California aboard a Space-X rocket in December 2018.

Showalter is an assistant professor of astronautics who manages a team of more than 40 cadets who work on satellite engineering design, building and testing, and more than 80 cadets who support on-orbit operations.

Today, several cadets are monitoring FalconSAT-6 as it tests thrusters and other equipment designed to transform space technology.

“There are very few opportunities for undergraduate students to work so closely with engineers and ultimately, have so much influence on the mission,” said Cadet 1st Class Shelby Watson, an astronautical engineering major who has controlled more than 100 FalconSAT-6 passes over the Academy.

Members of the Cadet Space Operations Squadron communicate with the satellite when it passes over the Academy.

“We typically get four 12-minute passes per day over the Academy,” Showalter said. “Each pass is crewed by three cadets, including Shelby.”

Cadet 1st Class Bridger Barker is an economics major who tracks satellite data. He said cadets are involved in the entire life-cycle of a satellite.

“We take great pride in this and understand the huge responsibility we take on,” he said.

The purpose of the FalconSAT Program is to provide cadets with experiential, hands-on learning opportunities with the latest space technology.

Barker said the vibe in the lab is professional but fun.

“We all have similar interests and work well together as a team,” he said. “My favorite aspect of the lab’s environment is the senior enlisted leadership and [civilian] contractors who develop us not only as operators, but as leaders.”

FalconSAT-7 launched this year to test a solar telescope and senior cadets are working to get FalconSAT-8 into orbit.

“Currently, FalconSat-8 is preparing for launch and FalconSAT-X is being designed, tested and built,” said Cadet 1st Class Johann Johnson, an astronautical engineering major. “This is where cadets in the Class of 2020 are spending their time and effort.”

FalconSAT-3, launched in 2007 to teach cadets to control satellites in orbit, is no longer a DOD resource. It’s been used by amateur radio hobbyists as a digital storing system since 2017.

The Academy’s space program, established in the 80s, consists of aerospace experts, mechanics and engineers. Johnson said the FalconSat program serves as an academic platform  for an array of aerospace industry and DOD experiments.