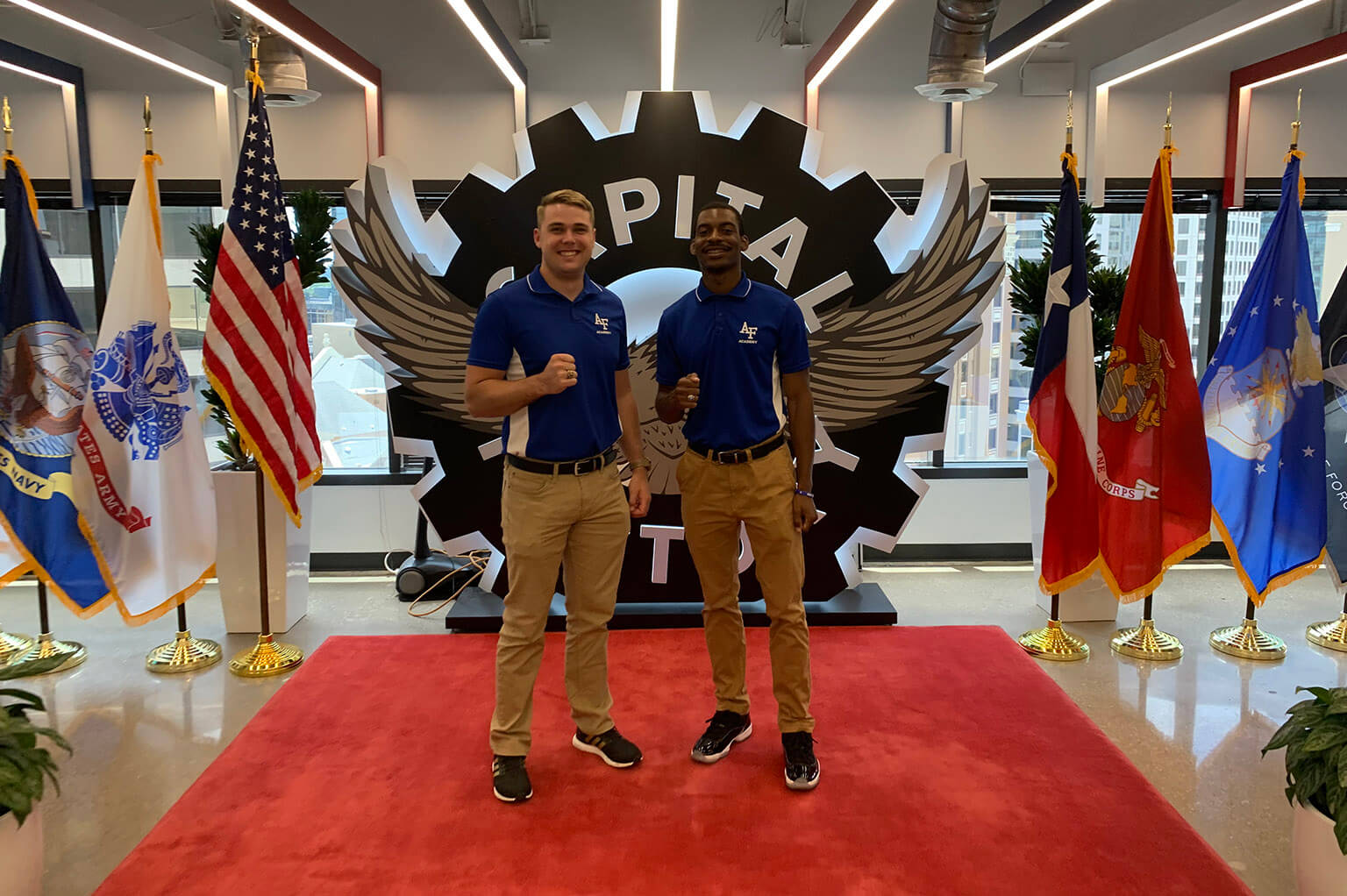 August 2, 2021 — This summer, two cadets completed their Cadet Summer Research Program with Texas A&M University’s Construction Science Department and had their eyes opened to the future of expeditionary engineering.

C1Cs Caleb Carnes and Qadry Brown were immersed in the science of providing living and training spaces for the military in an expeditionary or foreign environment, also known as bare base beddown planning. Additionally, they gained skills with BEAR kits and Airfield Pavement Evaluation (APE) tools, techniques, and procedures used by engineers to construct airfields and extended capabilities in austere locations. These training elements support strategic, operational, and tactical constructs for the ultimate expeditionary beddown – NASA’s upcoming Artemis mission – which will take the next man and the first women back to the moon to stay.

“To me, the most rewarding part of this research program experience has been seeing all of the new technologies that are currently being used, or will eventually be used by the US military, as well as what it will take for NASA’s Artemis mission to succeed,” said Carnes. “It showed us how we can apply some of those same methods to the way the military conducts expeditionary engineering.”

During the Cadet Summer Research Program, cadets are able to correlate lessons they have learned in the classroom to real-world practices. “The most rewarding part of the Cadet Summer Research Program was applying some of the geotechnical engineering testing procedures learned at the Academy in CE 390, and then briefing the executive director at Air Force Civil Engineer Center, Mr. David Dentino, on our findings and future research opportunities that can be continued after our time as a cadet.”

“Working closely with Dr. Suermann at Texas A&M, meeting with the leaders at Air Force Civil Engineering Center, and networking with a number of other commercial companies in Texas has opened my eyes to a whole new side of what it takes to be a well-rounded officer in the Air Force,” said Carnes.

Brown added, “The Cadet Summer Research Program exposes you to environments that are unlike what we see at the Academy. We had the opportunity to work with non-Department of Defense academics who had a different approach to research, and were able to teach us testing methods we had not been exposed to.”

To learn about other research programs, visit www.usafa.edu/research.