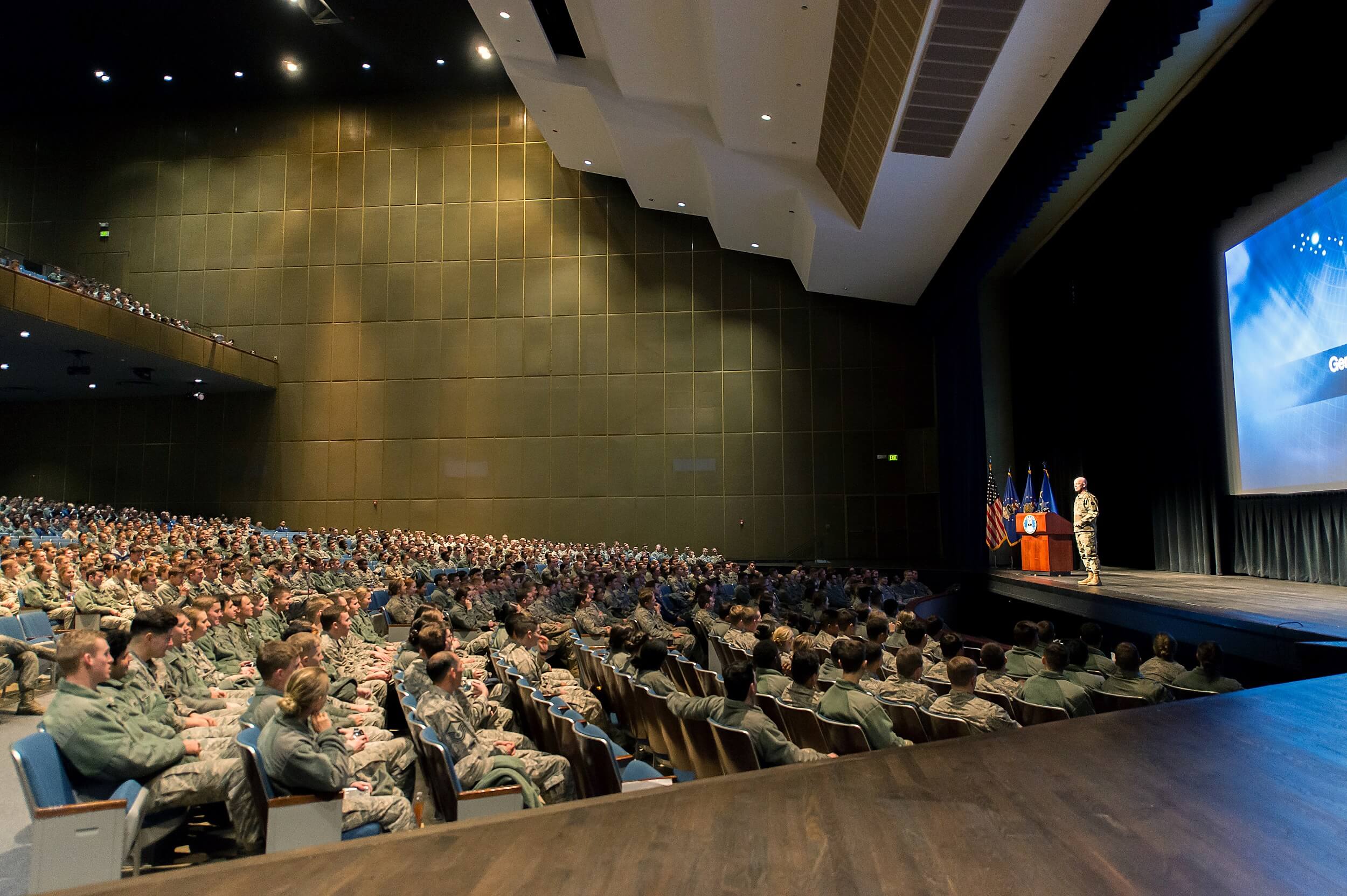 Raymond has served much of his 34-year Air Force career in AFSPC and shared a brief evolution of the command with the cadets before walking them through current and future operations.

In his presentation, he showed how operators have relied on space capabilities for reliable communication, acquisition and targeting of enemy forces and the execution of remotely piloted engagements throughout the war on terrorism.

Raymond indicated that he’s become increasingly convinced of the linkage between air superiority and space superiority.

“You can’t have air superiority without space capabilities,” Raymond said.

Since 2007 the command has been in a new phase of its mission — one that acknowledges the vital role of space capabilities to the American way of life and warfare, and its role to protect those interests.

Raymond discussed how the Air Force is transforming the way we develop our space combat tacticians, and laying the foundation for a trained, ready crew force.

“The transition in space to a warfighting domain changed everything about our command,” the general said. “From how we educate and train our Airmen, to the tactics and procedures we design.”

Finally, Raymond stressed the personal responsibility each cadet has to understand how space integrates into modern warfare as they considered the weekend training theme of readiness.

He quoted Gen. David Goldfein, Air Force Chief of Staff, “It is time for us as a service, regardless of specialty badge, to embrace space superiority with the same passion and sense of ownership as we apply today to air superiority.”

Warrior Weekend is a series of training events held throughout the academic year prioritizing military skills and awareness. Each Warrior Weekend kicks off with a lecture that connects cadets to topics important in the operational Air Force.

The next Warrior Weekend will focus on joint warfighting.

Learn about the Academy’s space program. 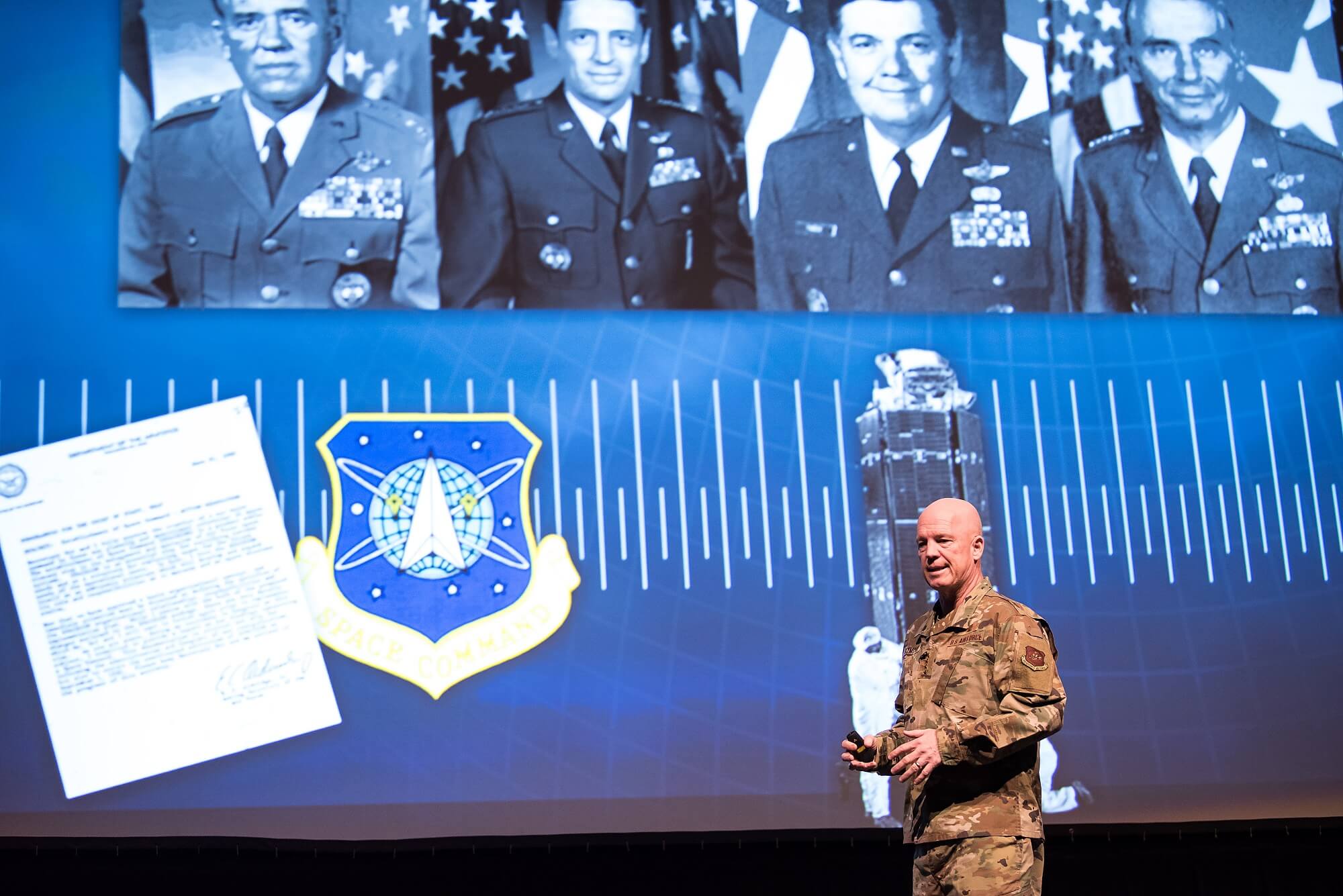