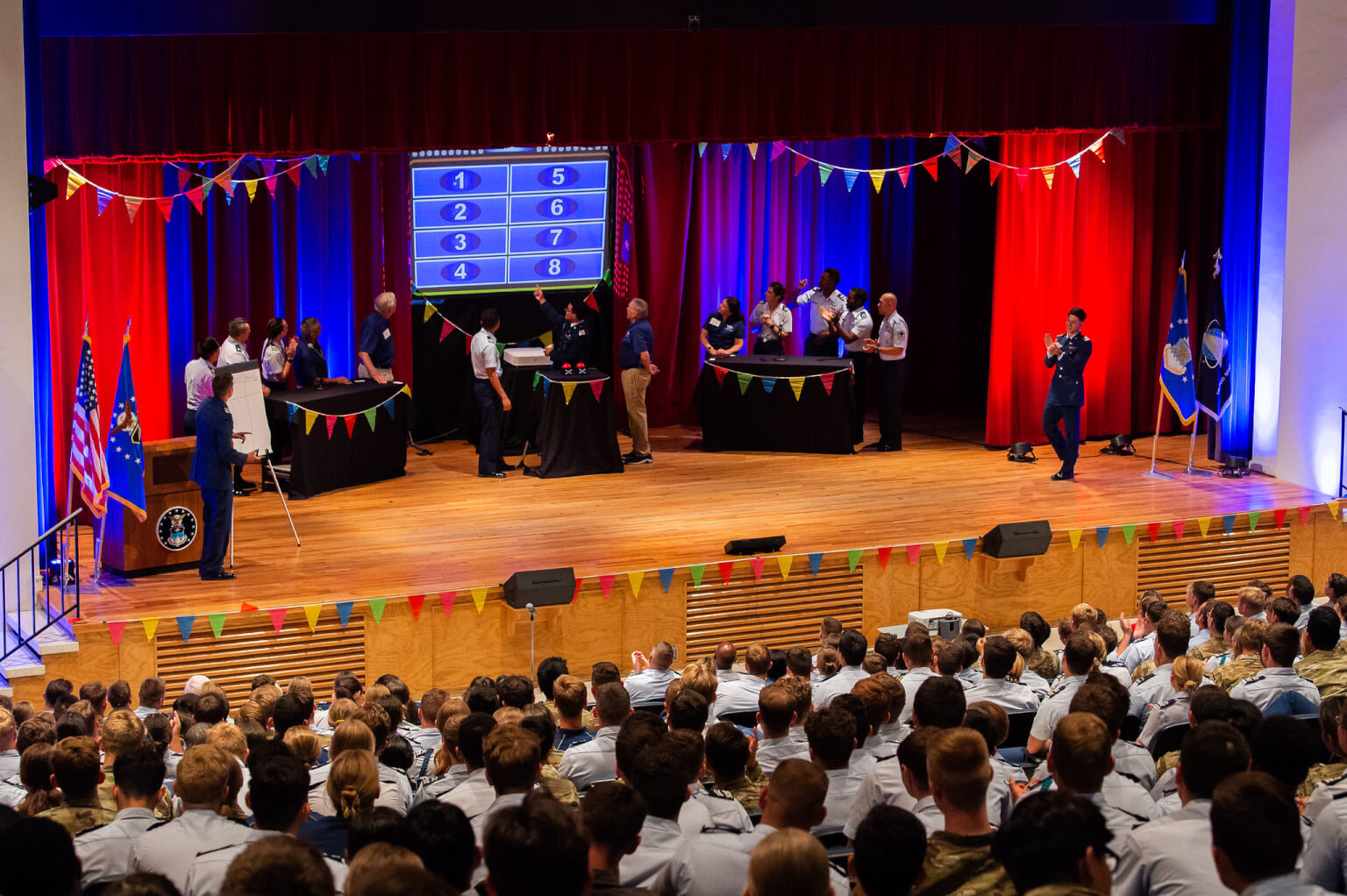 Dubbed the “Legends Tour,” the event put four retired top generals and two retired chief master sergeants in the spotlight with cadets to share their experiences as commanding officers and senior leaders.

Retired Chief Master Sergeant of the Air Force Gerald Murray, and retired Chief Master Sgt. Gerardo Tapia, former command chief for Air Education and Training Command, were also in the group for the daylong visit taking them on a tour of the cadet wing; to leadership panels for cadets, air officers commanding [cadet squadron commanders] and academy military trainers; and to spend time with cadets who were former enlisted Airmen.

“They are legends and part of our Air Force history,” said Cadet 1st Class Trevor Holley, cadet marketer for next year’s National Character and Leadership Symposium.  “This was an opportunity for them to share their experiences and lessons learned with future Air and Space Forces leaders.”

Though the symposium occurs once-a-year, the CCLD focuses on cadets’ leadership development throughout the year.

“Our job as cadets is to learn from those who came before us, tap into their knowledge and experience and prepare ourselves to go be leaders,” Holley said. “By listening to what those inspirational leaders have done and how they conducted themselves as leaders, we are encouraged to be our own version of a leader of character, someone who could impact the Air Force or Space Force, and by extension the U.S. in such a way that we, too, could be a legend one day.”

The tour took the retired senior leaders to eight installations across the Air Force and Space Force to connect with Airmen and Guardians and commemorate the Air Force’s 75th anniversary as part of an Air and Space Forces Association’s sponsored event.

“This was an incredible opportunity to partner with the Air and Space Forces Association to bring Academy cadets and permanent party the perspectives of senior leaders who have come before us, as we work to build leaders of character for our nation,” said Col. Kurt Wendt, CCLD director.