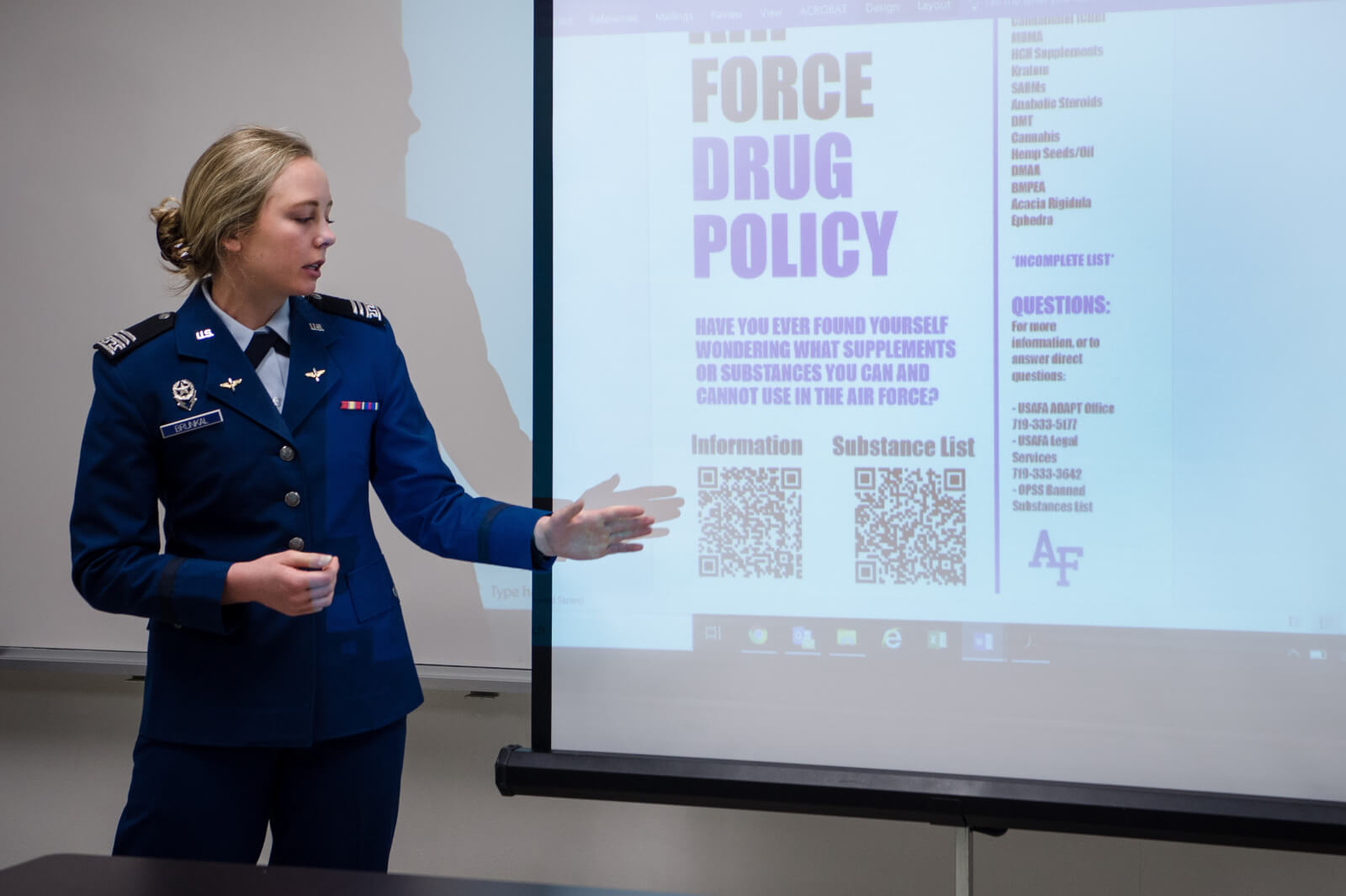 Article 112a of the Uniform Code of Military Justice bans service members from using illegal substances, including hemp material and CBD often found in products.

“There’s more to the Air Force’s policy on drugs than the prohibition of [marijuana], LSD, cocaine and other well-known drugs,” Macias said. “It’s important to pay attention to everything you’re putting into your body and to understand the discipline, rehabilitation and treatment policies the Air Force has in place.”

“Hemp seeds are so popular in consumer goods and at restaurants that I have to second-guess everything and read labels everywhere,” Brunkal said. “In high school, I worked at a grocery story with a juice bar that I love. I can’t go there and order a smoothie bowl anymore because the granola they use had hemp in it.”

Regardless of popular opinion or product, any use of CBD or hemp material is still illegal in the military, the cadets said during their presentation. They devised a publicity blitz featuring a bulletin they’ll place across the campus containing QR codes – two-dimensional barcodes – cadets and faculty can scan to learn more about the DOD’s drug policy and the latest prohibited substances list.

“This list contains numerous substances so be sure to be familiar with the more common ingredients and review it regularly,” Hankhouse said.

The best first step a cadet can take is to educate themselves on DOD and Air Force drug policy and strike up a conversation with their peers, Turner said.

“I never want anyone to have to say they didn’t know something is a policy,” he said.

“[Cadets] know that while our friends back home are free to indulge as they please, we are more restricted as to what we can and cannot put into our bodies,” she said. “I’ve had many conversations about the implications of drug abuse at the Academy and across the Air Force. Those conversations rarely expand beyond the ‘big dogs’ of the drug world, and I feel there needs to be more education about resources pertaining to the more unknown illegal substances.”

Hankhouse said his interest in the capstone stems from the reports of illegal drug use across the DOD.

“We should do a better job about educating people,” he said. “I wanted to use my knowledge of the law to help in this way.”

The cadets routinely worked with the Air Force Alcohol and Drug Abuse Prevention program staff during their capstone.

“They focused us on the education piece and showed us the resources,” Brunkal said. “We’re very thankful for their involvement.”

“Their capstone presentation hit all the right marks,” he said. “They did what I was hoping for and exceeded expectations.”

Hertel is investigating the potential a video presentation of the capstone may have for the Air Force at-large when it comes to raising awareness about banned substances.

“I hope the information provided through our presentation and our promotion will get the ball rolling for increased education and awareness of other illegal substances people might not even consider,” Macias said. 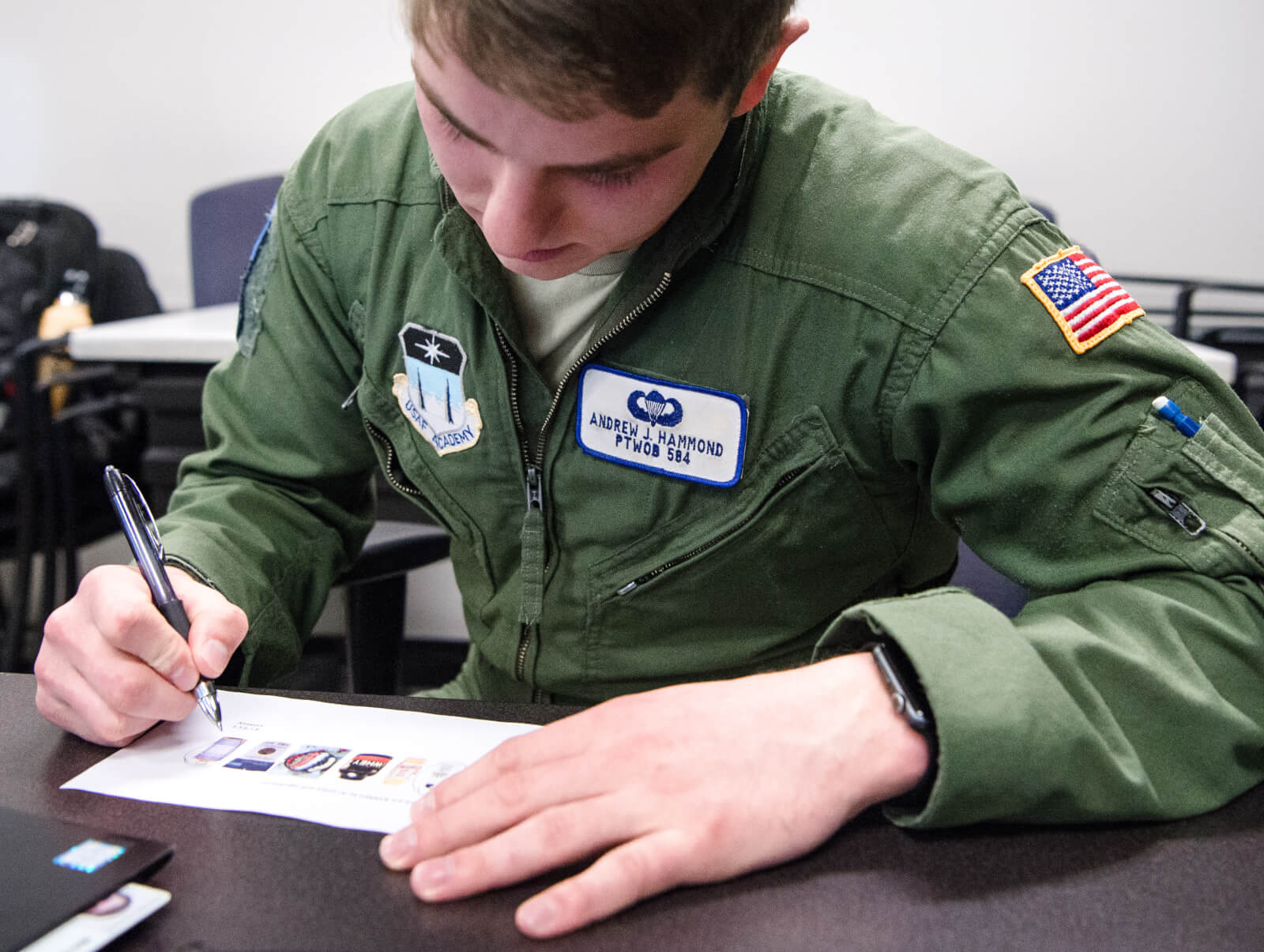 Cadet Andrew Hammond takes a quiz to see how many over-the-counter products containing Cannabinol — or “CBD” — he can identify during a capstone project presented by law students at the Air Force Academy, Feb. 25. Use of those products is banned by the Defense Department 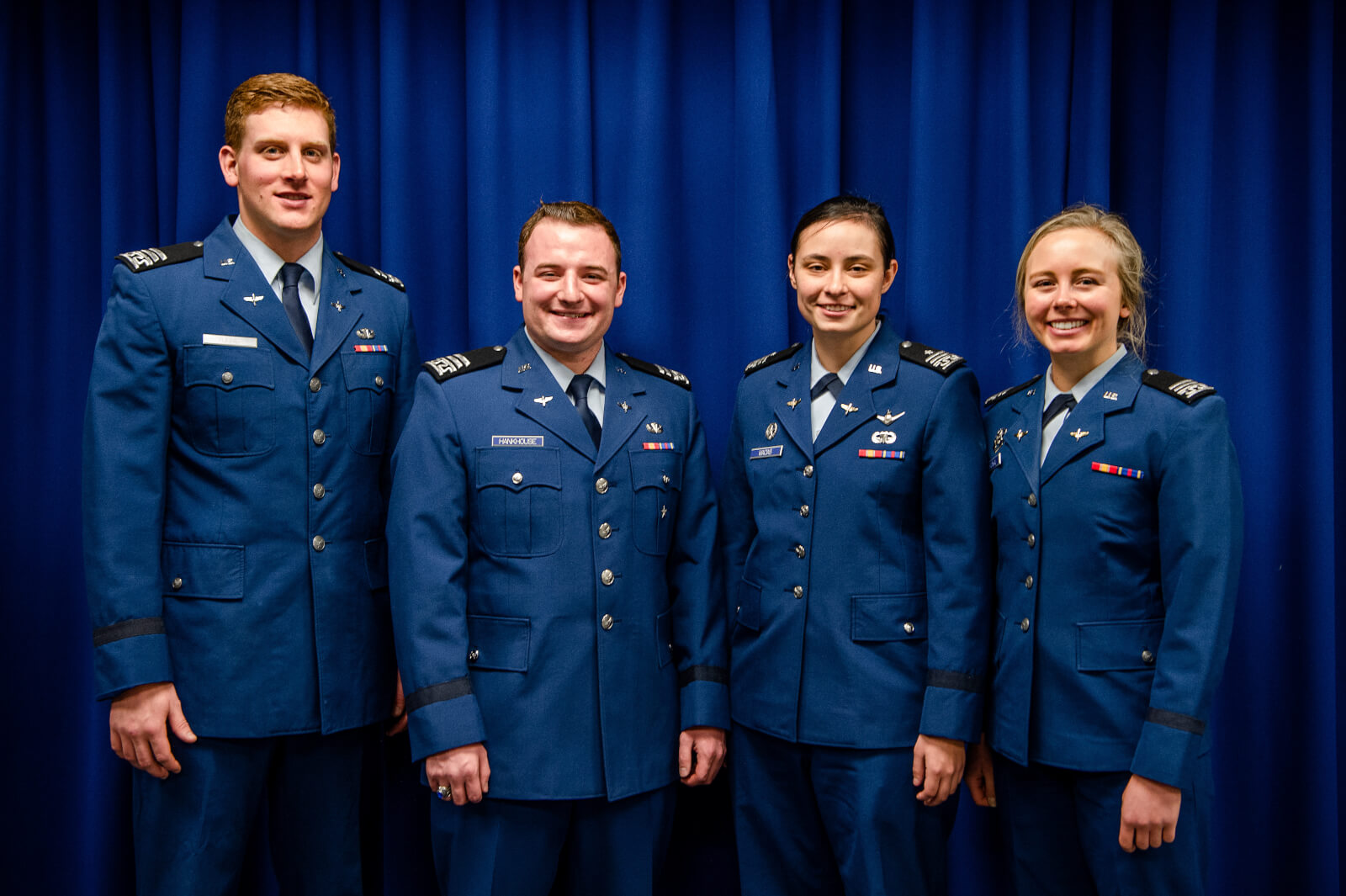