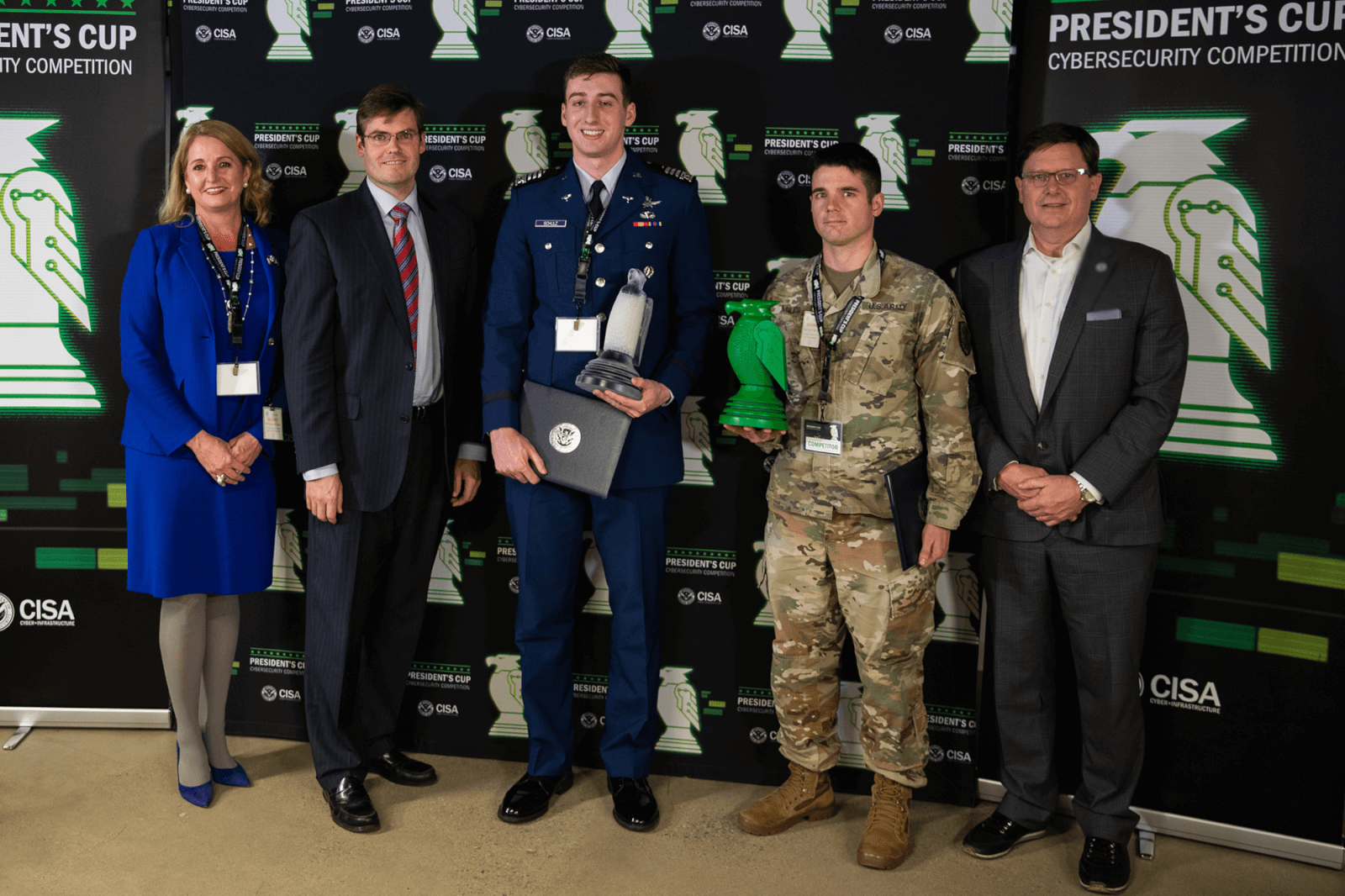 “My goal was third place and I thought that was a stretch given the competition,” he said.

Schulz is the captain of the Academy’s Cyber Competition Team. He’s competed in cybersecurity competitions since his freshman year and plans to pursue a career as an Air Force cyber operator after completing a master’s degree. He chalks up his win to the quality of the Academy’s faculty and staff, “especially in the Computer Science Department.”

“It was essential to how I performed in the competition,” he said. “I’ve also had classes where I learned skills that I applied at the competition, including classes in the fairly new cyber science major.”

More than 1,000 people and 200 teams competed in the first President’s Cup Cybersecurity Competition. The event was designed to showcase the cybersecurity knowledge of service academy cadets, service members and government employees.

In the finals, hosted by the Department of Homeland Security’s Cybersecurity and Infrastructure Security Agency in Arlington, Va., Schulz faced 10 challenges in eight hours. He successfully completed four and barely took the top slot.

“Cyber warfare, much different than other domains, is becoming increasingly relevant to the military and we must invest resources into recruiting technical leaders to ensure we maintain our dominance in cyberspace,” he said. “Cybersecurity competitions such as the President’s Cup are an excellent way to learn and practice cybersecurity skills that are applicable to the real world.”

“I am incredibly proud of Cadet Schulz,” said. “His win is a testament to his dedication and knowledge of this important domain. It also represents the fulfillment of our mission to develop leaders of character prepared for future conflict, and Cadet Schulz certainly is that. I know he will go on to do great things for the Air Force.”