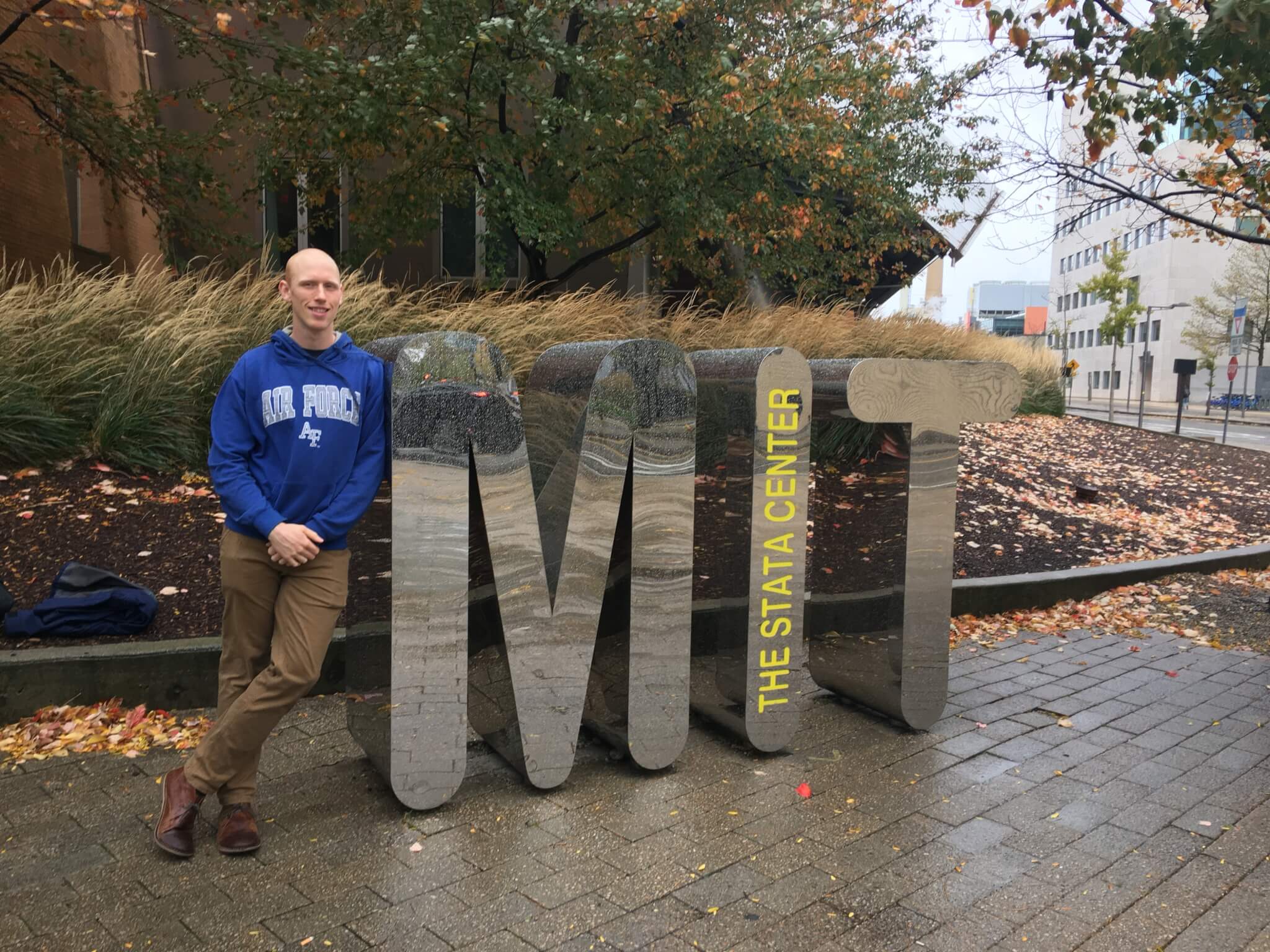 Second Lt. Austin Gadient, a 2018 Air Force Academy graduate and Charlottesville, Virginia native, is slated to earn his graduate degree in electrical engineering and computer science from the Massachusetts Institute of Technology later this year.

MIT is world-renowned for its science and engineering programs and has a highly competitive selection rate, admitting only 2,000 students each year to its graduate programs. Gadient hopes to bring that competitive edge to his Air Force service as a developmental engineer at Kirtland Air Force Base, New Mexico.

What attracted you to the Air Force Academy?

My dad was in the Air Force, my uncle in the Navy, and I have a cousin in the Army – service is a big aspect in my family. I knew I wanted to join the military, and my dad said going into a service academy was a good way to start out in life.

What did you major in at the Academy, and why?

I majored in computer engineering. I saw it as a mixed approach between hardware and software, whereas electrical engineering was pretty much all hardware and computer science focused on software. I thought it was a good way to get a foundation on both aspects until I decided what I wanted to specialize in.

Why did you decide to pursue a graduate degree?

A degree is about getting more knowledge. I think I will have a broader perspective when I enter my career field, and I will know what questions to ask to increase productivity or address a problem because I also have that familiarity with the private sector and how they’re tackling things. If you are in a military environment exclusively, you can come to think in a very similar way, and spending time at civilian institution [like MIT] can help you break out of that habit.

How did your experience at the Academy help you in your graduate program?

Two ways really. First, I learned how important time management is at the Academy. I think a lot of the students here kind of hold things to the last minute, but the Academy forces you to plan what you do ahead of time to be successful. I learned how small goals help you build up to reach a greater goal and the importance of making steady progress.

Second, I had gained a lot of confidence at Academy because you are put into a lot of leadership situations, and you have to become comfortable talking in front of groups of people. A lot of my peers are nervous to ask questions here because they don’t want to be judged, but I’m not going to let someone else’s opinion of me stop me from learning what I need to know to be successful.

What have been some of the hottest topics at MIT?

I have been introduced to so much cutting-edge technology at MIT. Of course, machine learning and artificial intelligence are hot topics here with a lot of exciting research results. I think being here has also helped me gain an understanding of how the Air Force works with universities and private industry on defense projects. For example, the Air Force has currently partnered with MIT through the AI Accelerator program, and I was able to volunteer to be a part of that team.

What is your thesis on?

My thesis title is Automatic Exploitation of Fully Randomized Executables.

What does that mean?

Essentially, it is about finding and defeating botnets. A botnet is a system of Internet-connected devices that have been compromised and are controlled by a malicious actor. Botnets act in predictable ways, so if you can detect their behavior pattern you can identify them and remove them. One challenge is getting on the computer that has the bot. That’s where my research comes in. We automatically find vulnerabilities in software that allow us to access machines which contain bots, and destroy them.

Hackers use botnets to steal personal data, mine cryptocurrencies and take control of vulnerable systems.

What do you think is the biggest challenge in addressing cyber threats?

The biggest challenge is to stay one step ahead of our adversaries. Technology moves very fast, and it’s hard to keep pace. The software companies, in particular, want to move fast to get their products to the consumer while making it as useful as possible. Often, they are not investing enough in identifying those security vulnerabilities that others go on to exploit.

Editor’s Note: One hundred and twelve graduates from the Class of 2019 were offered graduate school slots. On average, approximately ten percent of each graduating class will be eligible for graduate school through a variety of scholarship programs. Offering graduate scholarships, particularly in STEM fields, is one way the Academy creates a pipeline for highly-qualified graduates to return and teach future cadet classes. 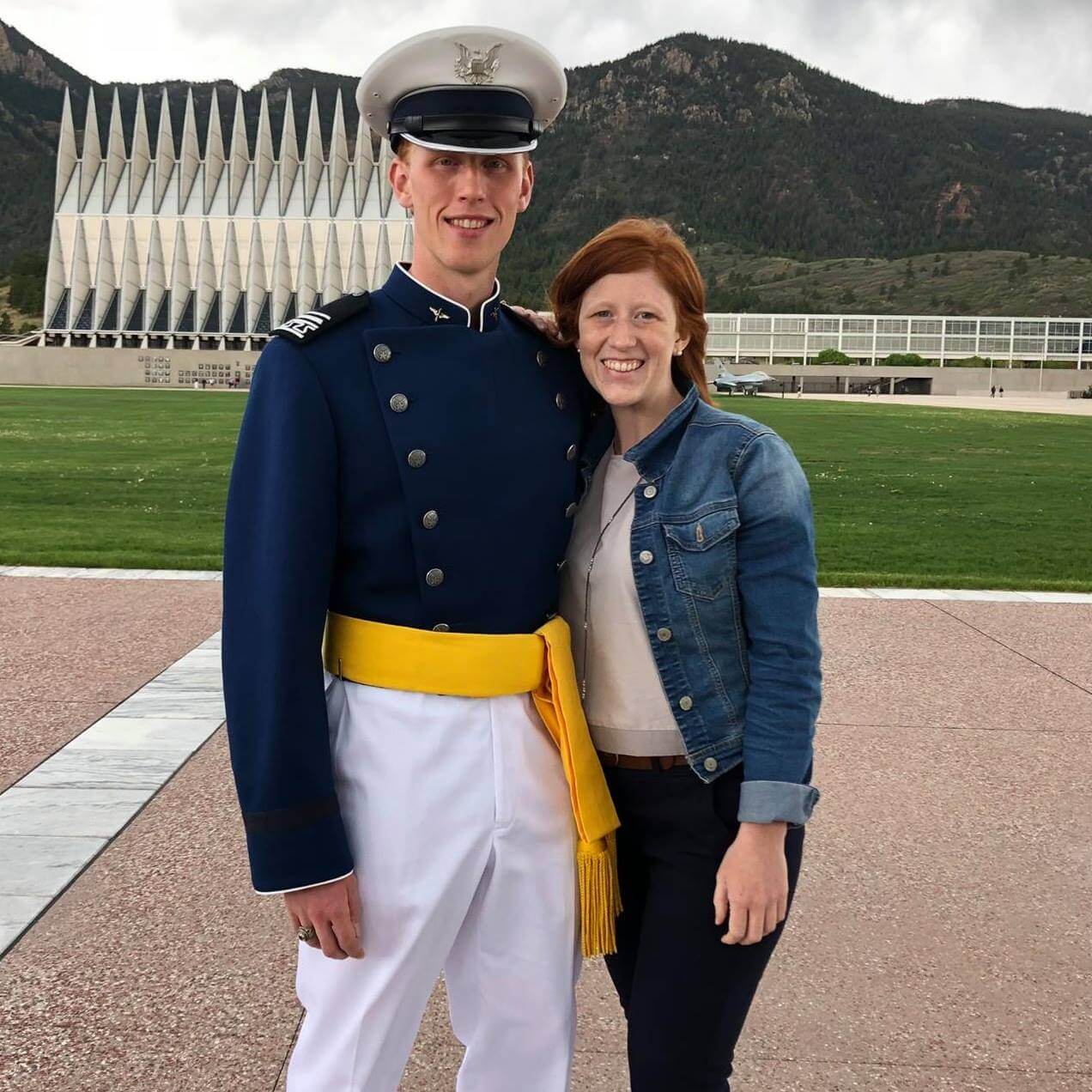