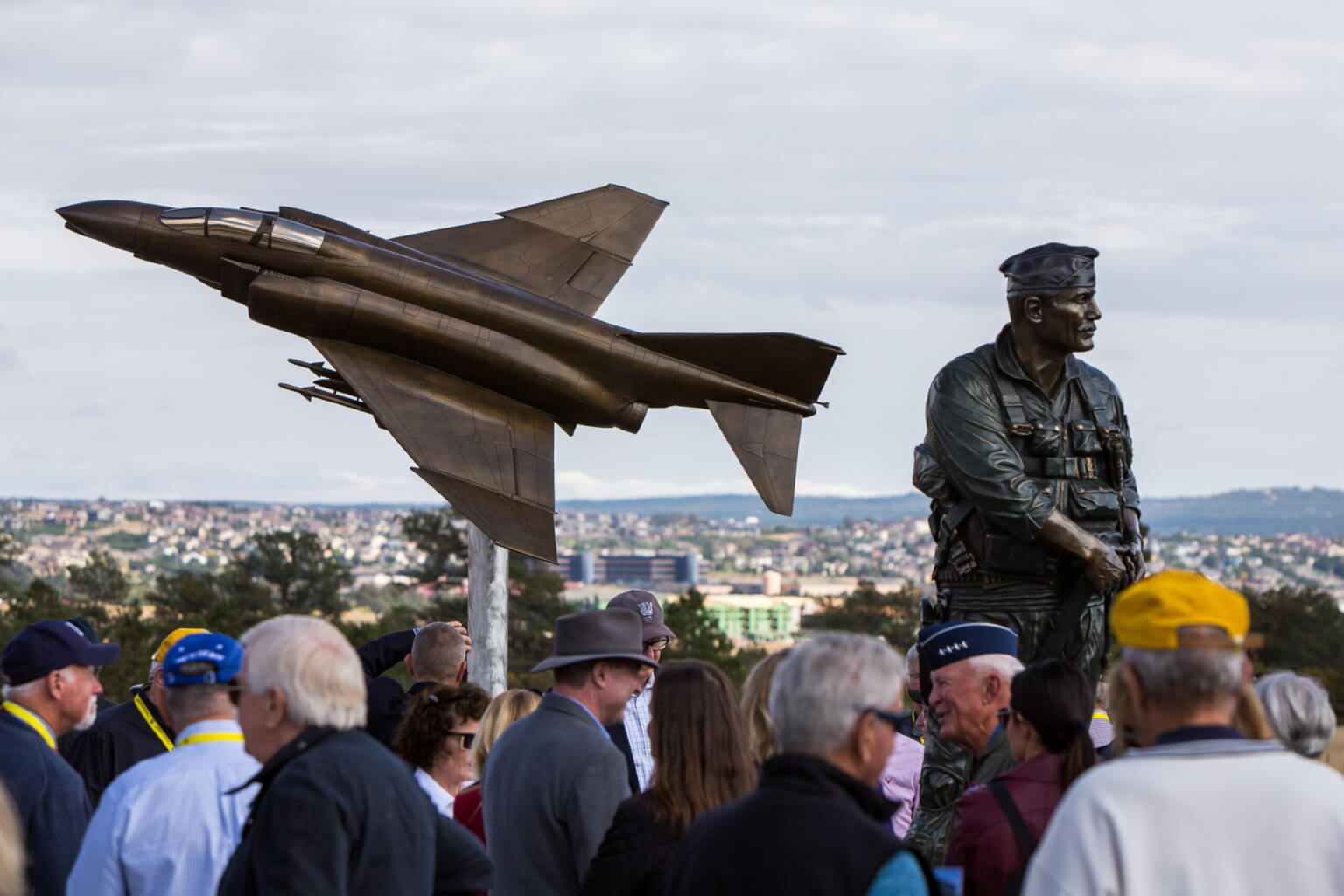 Story by Ray Bowden, all photos by Trevor Cokley

The Air Warrior Combat Memorial near North Gate and Stadium boulevards features a bronze statue of former commandant of cadets and pilot Brig. Gen. Robin Olds, a F4 Phantom aircraft model, and displays highlighting the advances of air power since World War I.

In all, 368 donors paid for the memorial in its entirety, with the class of ’71 donating 90% of the cost, according to Greg Knedler, vice president of class and constituent development for the school’s fundraising arm, the Academy Foundation.

Retired Col. Frank Morgan, a 1971 Academy graduate and project chair, said the memorial is the end-result of an 11-year fundraising and design effort organized by the Class of ’71.

After the class’s 40th reunion in 2011, “We were eating pizza and having a beer,” he said. “That’s how this started. We all knew we needed to do something.”

Raising funds was a team effort, Morgan said, that included graduates from the Academy’s classes of ’63, ’69 and private donors.

Brigadier Gen. Paul Moga, the Academy’s commandant of cadets and a fighter pilot, is a 1995 graduate of the Academy. Olds, he said, is the archetype of air power. Photos of every Academy commandant hang near his office but the photo the commandant pays the most attention to is of Olds.

“I feel his eyes tracking me,” he said with a laugh.

Moga said Olds’ “deep commitment to the Air Force, air power and Airmen” is an example for every Airman and cadet. The memorial, he said, is an example of the “grit, discipline, innovation and courage” cadets need to be successful war fighters.

Olds was a “triple ace” with 17 victories in World War II and the Vietnam War and commandant of cadets from 1967-1970. He retired from the Air Force in 1973 after 30 years of military service.

The Air Warrior Combat Memorial is open to the public during base visiting hours. 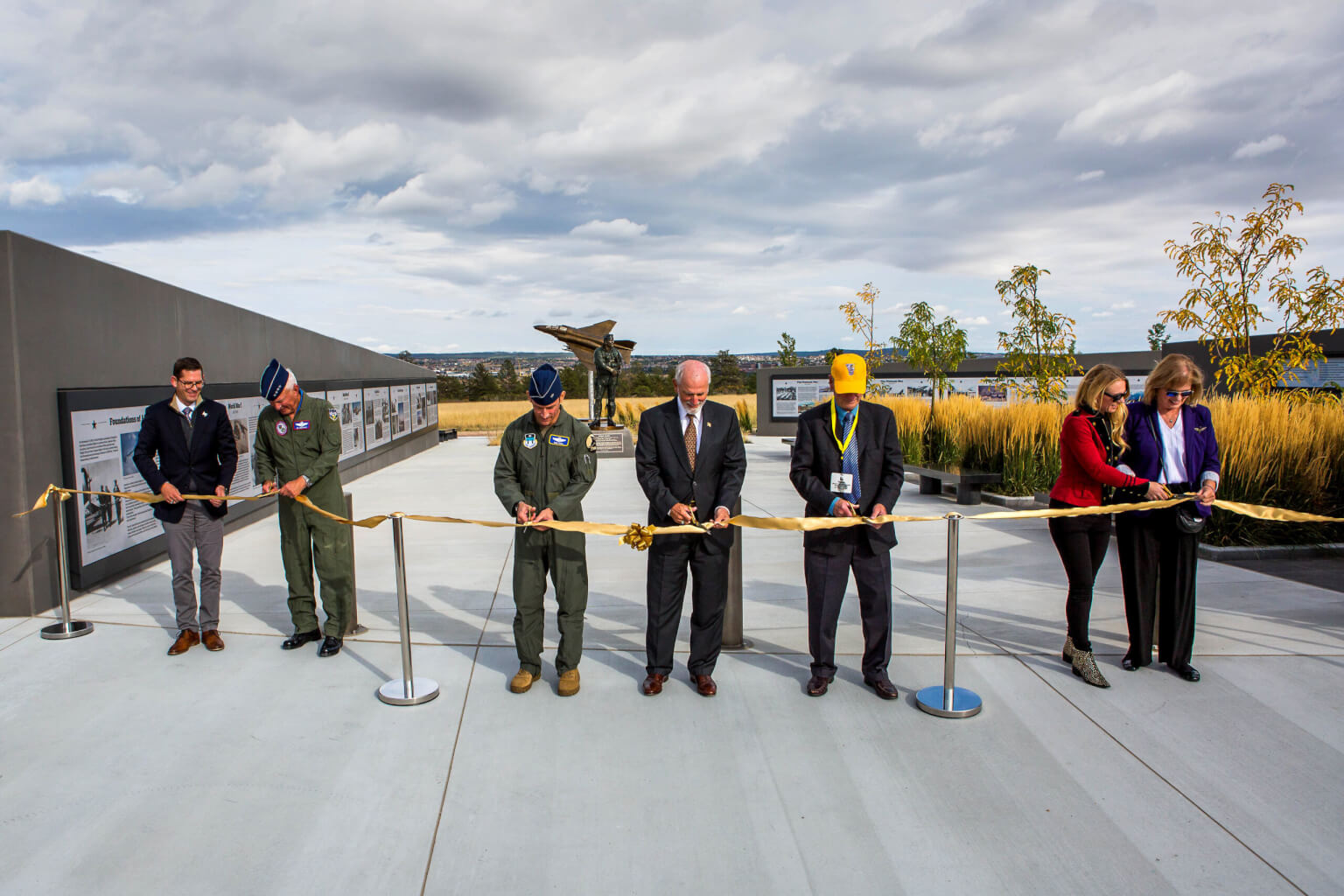 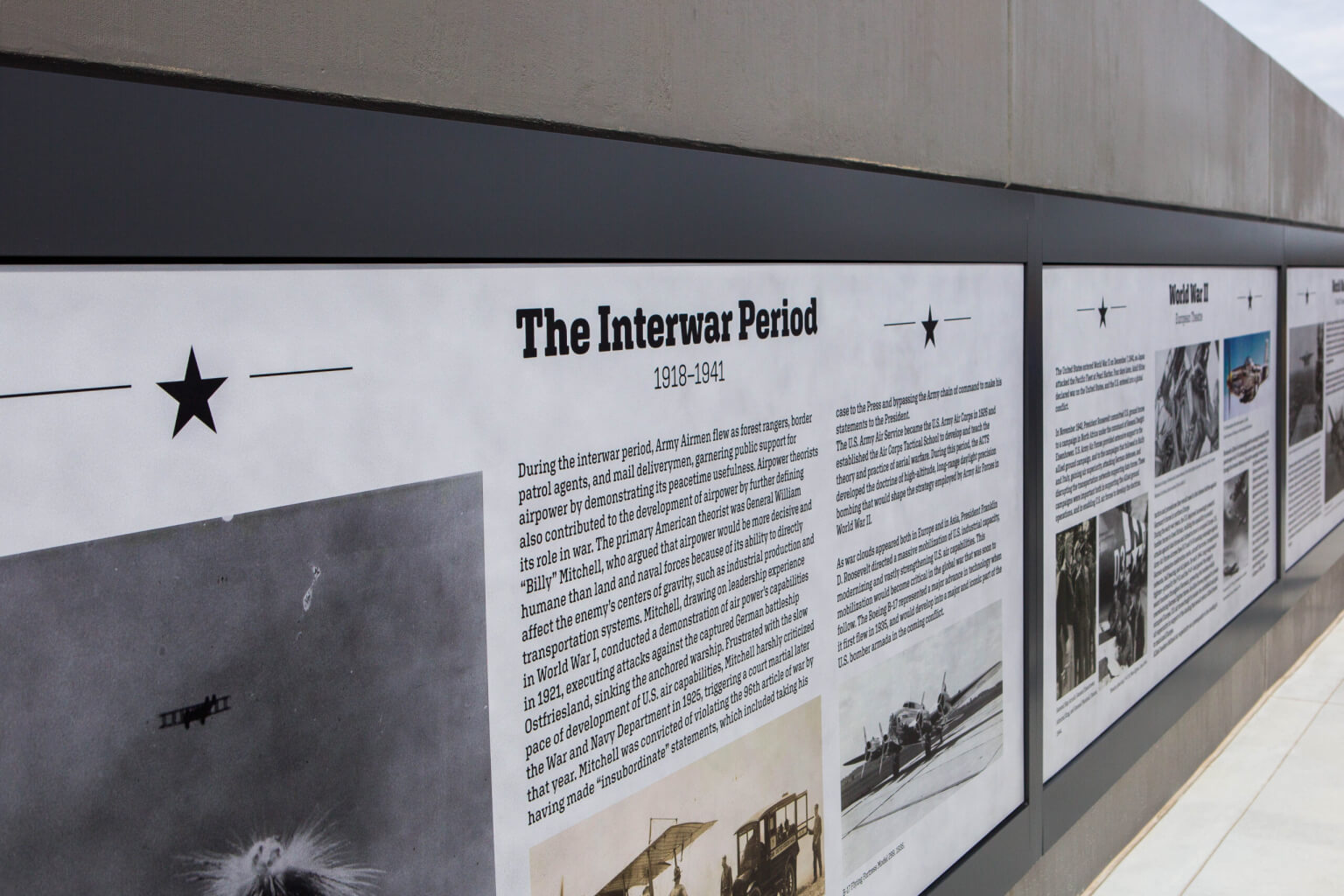 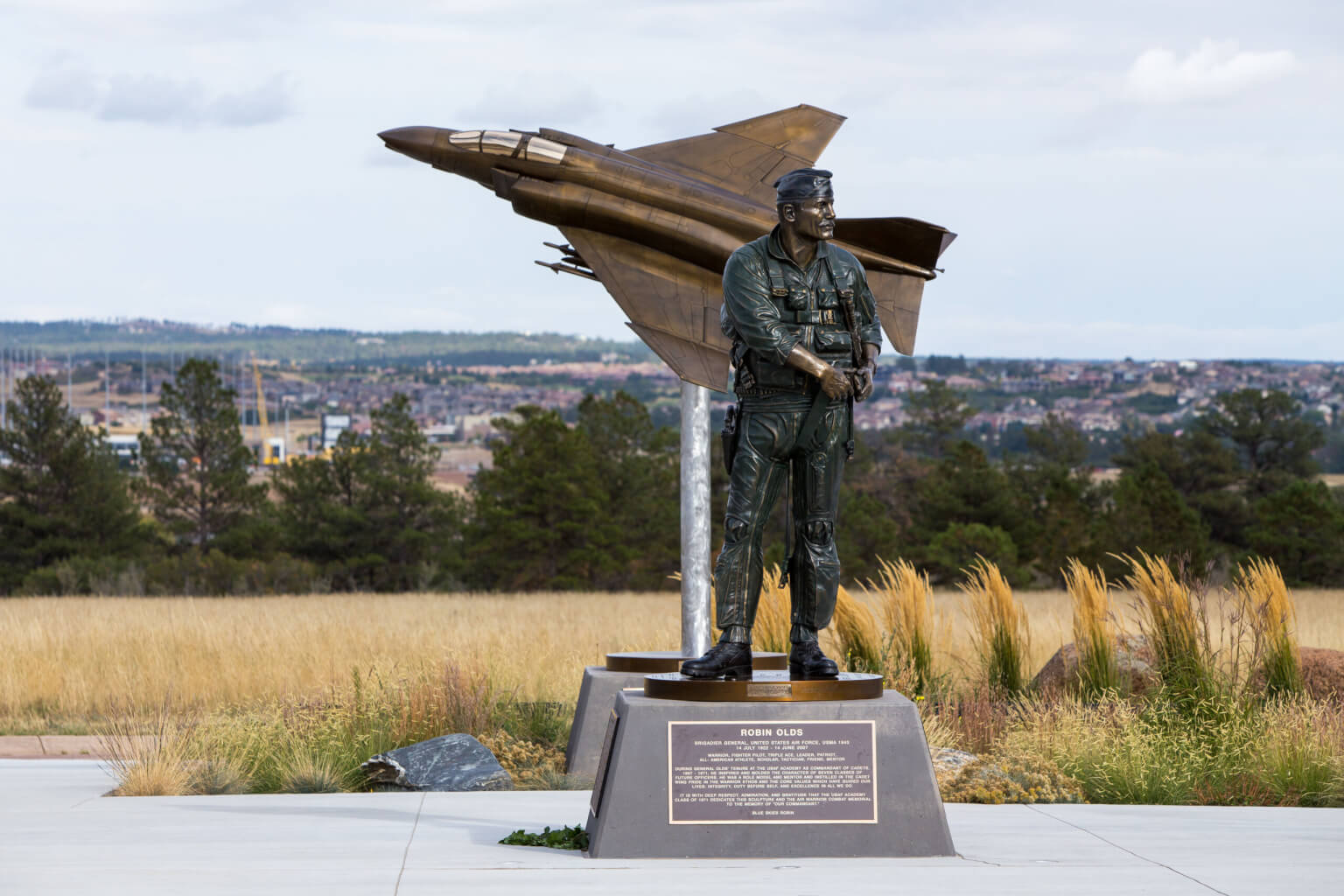 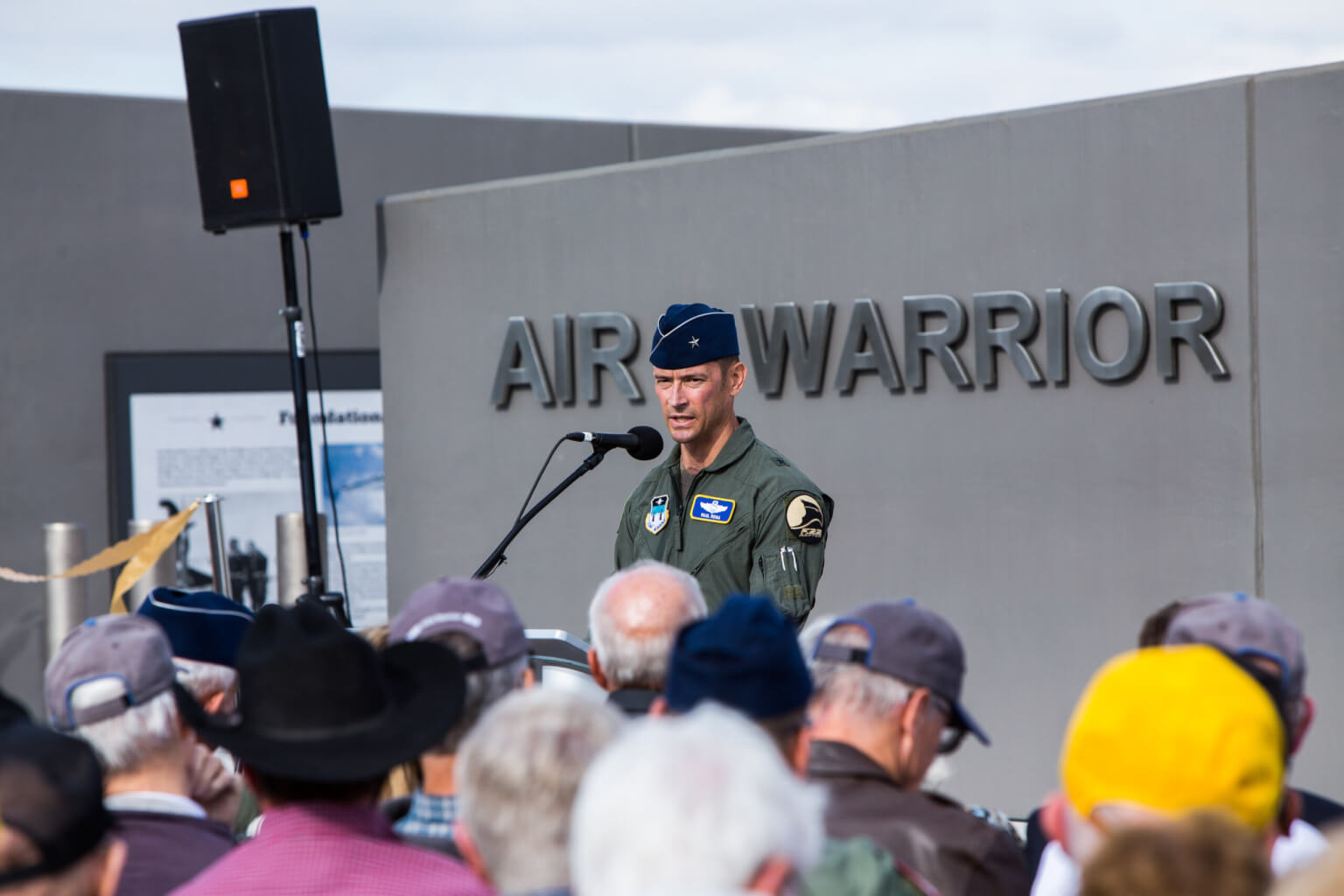 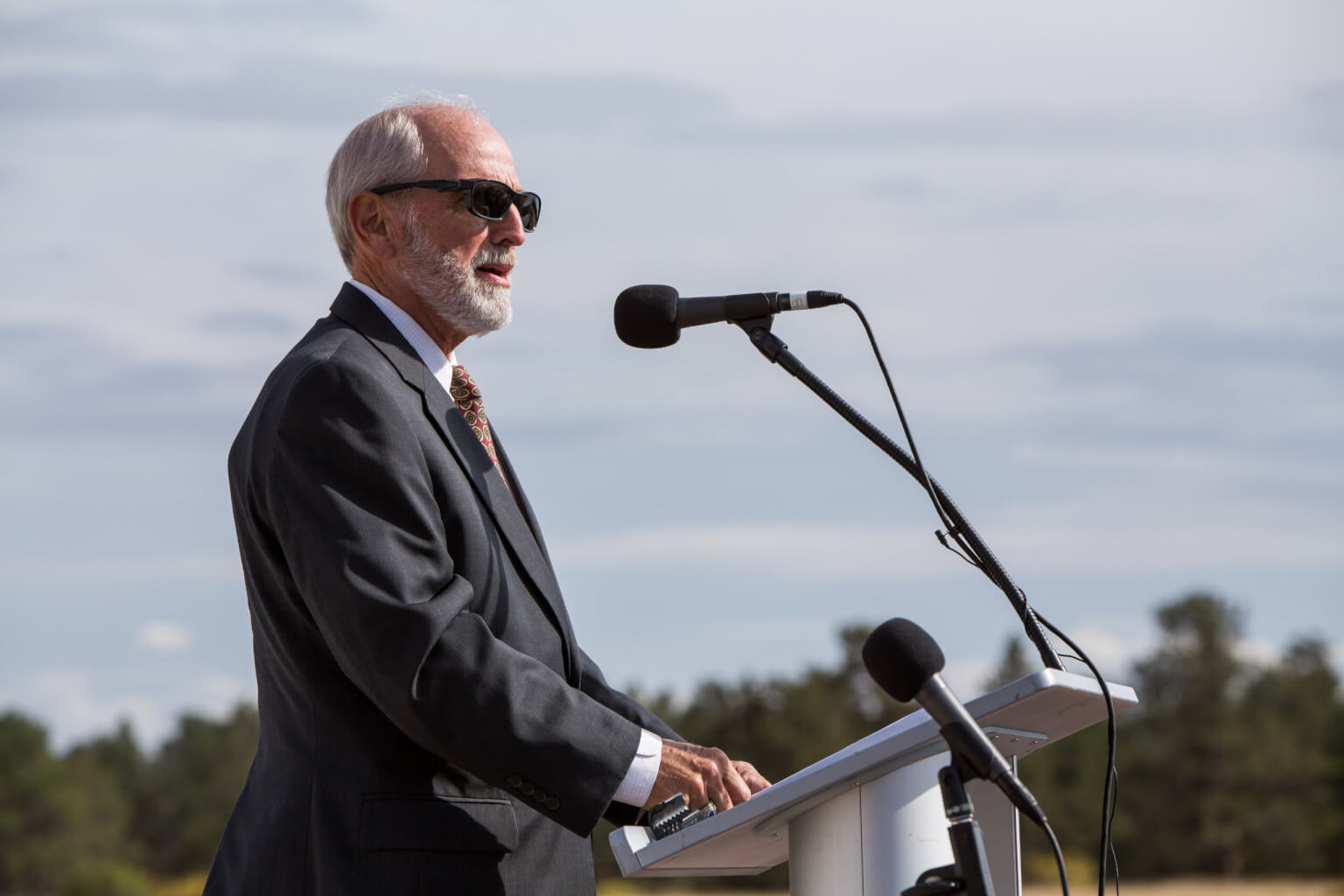 Retired Col. Frank Morgan, a 1971 graduate of the U.S. Air Force Academy. Morgan was the project chair for an 11-year fundraising and design effort by the Class of 1971 to create the Air Warrior Combat Memorial. 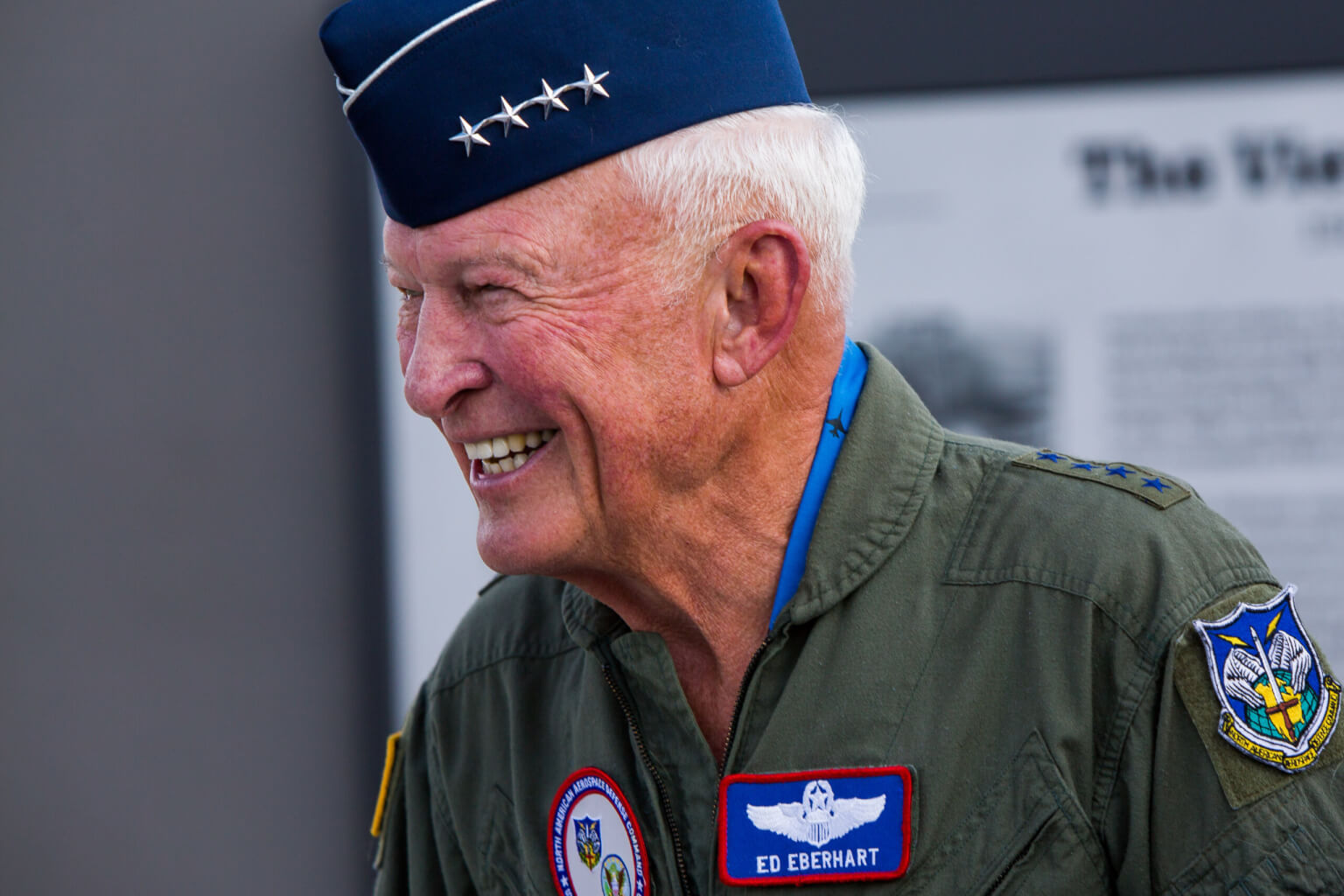