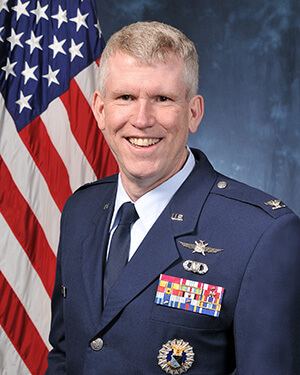 Colonel James L. Cook is Permanent Professor and Head, Department of Philosophy, U.S. Air Force Academy, Colorado Springs, Colorado. A Cyber and Foreign Area Officer, he has served in Europe, Afghanistan, and at the Pentagon. He earned his PhD in philosophy from the Universität-Heidelberg, Germany. He is co-editor of the Journal of Military Ethics and publishes on philosophical topics including the ethics of war.

“’Cyberation’ and Just-War Doctrine,” pp. 411 – 423 in the Journal of Military Ethics, Dec. 2010. Anthologized in Allenby, Braden R., The Applied Ethics of Military and Security Technologies (The Library of Essays on the Ethics of Emerging Technologies Series), Ashgate, May 2015.