Editor in Chief of the Journal of Character & Leadership Development (JCLD) 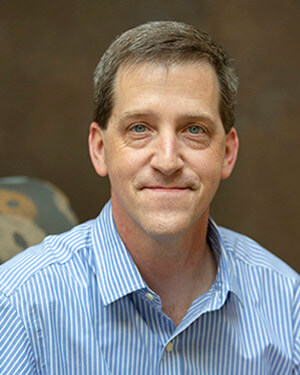 Dr. Lindsay graduated from Lansing High School, KS and then accepted a Falcon Foundation Scholarship where he attended New Mexico Military Institute, Roswell, NM. He then attended the Air Force Academy and graduated in 1992 with military distinction. Doug entered the Air Force as Behavioral Scientist and spent his entire Air Force career in that career field retiring as the senior behavioral scientist (at that time, the longest serving) in the Air Force. During his first assignment, he served as a Test Psychologist and Quality Control Psychologist for the Occupational Measurement Squadron developing Specialty Knowledge Tests for enlisted force promotions. From there, he went to Air Force Basic Military Training at Lackland AFB, TX where he served as Deputy Flight Commander and the Group Executive Officer. After a brief stint as a Research Psychologist, he joined Air Force Recruiting Service as a Complaint & Inquiries Officer and ultimately became the Inspector General for Recruiting as a Captain. Doug then went to the Air Force Research Laboratory at Wright-Patterson AFB, OH where he again served as a Research Psychologist, Military Assistant to the Chief Scientist and Chief, Homeland Defense Office.

In 2002, he was selected by the Air Force Institute of Technology (AFIT) to attend the University of Texas at San Antonio and get his Master’s Degree in Experimental Psychology. Upon completion of his degree in 2003, he joined the faculty in the Department of Behavioral Sciences and Leadership (DFBL) ant the United States Air Force Academy. After only 18 months as an instructor and the Department Executive Officer, he was selected by the Department for sponsorship of his PhD. Doug attended The Pennsylvania State University where he earned his PhD in Industrial Organizational Psychology with a focus on leadership graduating in 2008 after only 2 ½ years in the program. He then returned to DFBL where he had a myriad of roles as Deputy Department Head for Research, Research Center Director, Deputy Department Head, and acting Department Head. During that time, he became the first DFBL Senior Military Professor, established the Warfighter Effectiveness Research Center, attained the rank of Full Professor, and was honored by having the Department Research Award named after him for his track record of scholarship.

During that time, he deployed to the International Security Assistance Force (ISAF) Joint Command in Kabul, Afghanistan to support Operation ENDURING FREEDOM. He served as the Chief of Assessments and as the Deputy Communication Director for the 235 international member Directorate. In that role, he created the first-ever operational level guidance regarding religious engagement for all coalition forces in theater.

Upon retiring from the Air Force in 2014, he was selected as a Professor of Practice and the founding Director of the Masters of Professional Studies Psychology of Leadership Program at The Pennsylvania State University (PSU). Over 3 short years, he developed, launched, and stabilized one of the fastest growing programs at PSU’s World Campus, providing an evidence based, practical leadership degree for students around the world. During this time, he was also selected to return to DFBL as a Distinguished Visiting Professor while still establishing his program at PSU. After, 3 years in that role, he returned to DFBL as a Professor before assuming his current role as Editor in Chief of the JCLD in 2018.

Dr Lindsay is an accomplished author, speaker, professor, and coach with over 125 publications and presentations on topics related to leadership, character, and development.

Master of Science in Experimental Psychology, The University of Texas at San Antonio, TX (2003)

Chiaburu, D. S., & Lindsay, D. R. (2008). Can do or will do? The importance of self-efficacy and instrumentality for training transfer. Human Resource Development International, 11, 199-206.