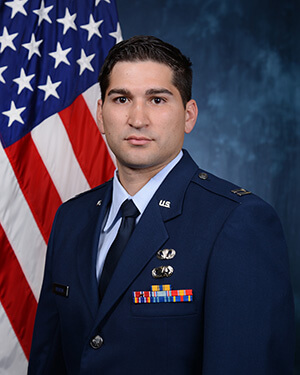 Capt Nicholas Sahagun is currently the course director for the largest course in the Department of Engineering Mechanics, Engineering Mechanics 220 Introduction to Statics and Mechanics of Materials. This is a core requirement for all U.S. Air Force Academy cadets, typically in their third-class year.

Capt Sahagun started his career as a structural engineer at Tinker Air Force Base, Okla. designing repairs for the fleet of 66 B-1 aircraft. He then moved on to be the Chief Aircraft Battle Damage Repair Engineer for the Air Force in charge of organizing, training, and equipping 115 engineers across 3 geographically separated.