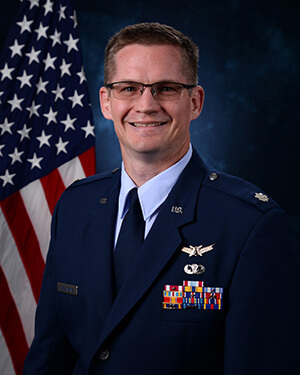 Lt Col Cullenbine is an Assissant Professor in the Department of Mathematical Sciences at the U.S. Air Force Academy. He currently serves as the department’s personnel officer and is part of the Senior Military Faculty.