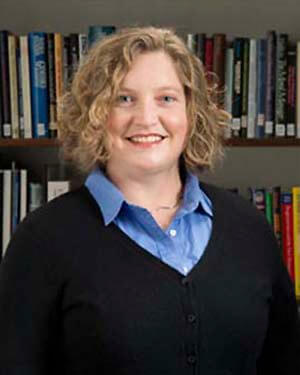 Dr. Silz-Carson is a professor of economics whose work focuses on the intersection of experimental, public, and environmental economics. She uses economics experiments to study the effect of incentive compatibility (or the lack thereof) on decision-making in individual and group environments. Her work has applications to environmental and other public policies, as well as the design of systems in financial markets.

Currently, Dr. Silz-Carson teaches courses in microeconomics, econometrics and game theory, although during her tenure at the U.S. Air Force Academy, she has taught a variety of courses, including Principles of Economics (Econ 200/201), Development of Economic Thought (Econ 240), Comparative Economic Systems (Econ 351), Economics of Latin America (Econ 459), and International Economics for non-majors (Econ 374). She has also taught the Scholars’ program version of introductory economics (Econ 201S).

In addition to her teaching and research, Dr. Silz-Carson currently serves as the Chair of the U.S. Air Force Academy Institutional Review Board (IRB), the committee that oversees all human subjects research conducted at the Air Force Academy, and as a board member for the Committee on the Status of Women in the Economics Profession, a standing committee of the American Economic Association.

Necessary conditions for demand revelation in double referenda, (with S.M. Chilton and W.G. Hutchinson), Journal of Environmental Economics and Management, 57(2): 219-225, 2009.

An experimental investigation of explanations for Inconsistencies in responses to second offers in double referenda” (with A.C. Burton, S.M.Chilton, and W.G. Hutchinson) Journal of Environmental Economics and Management, 46(3): 472-489, 2003.

The effect of team-based learning on outcomes in intermediate microeconomics (presented at the American Economic Association 6th Conference on Teaching and Research in Economic Education (CTREE), Atlanta, GA, 1-3 June 2016)