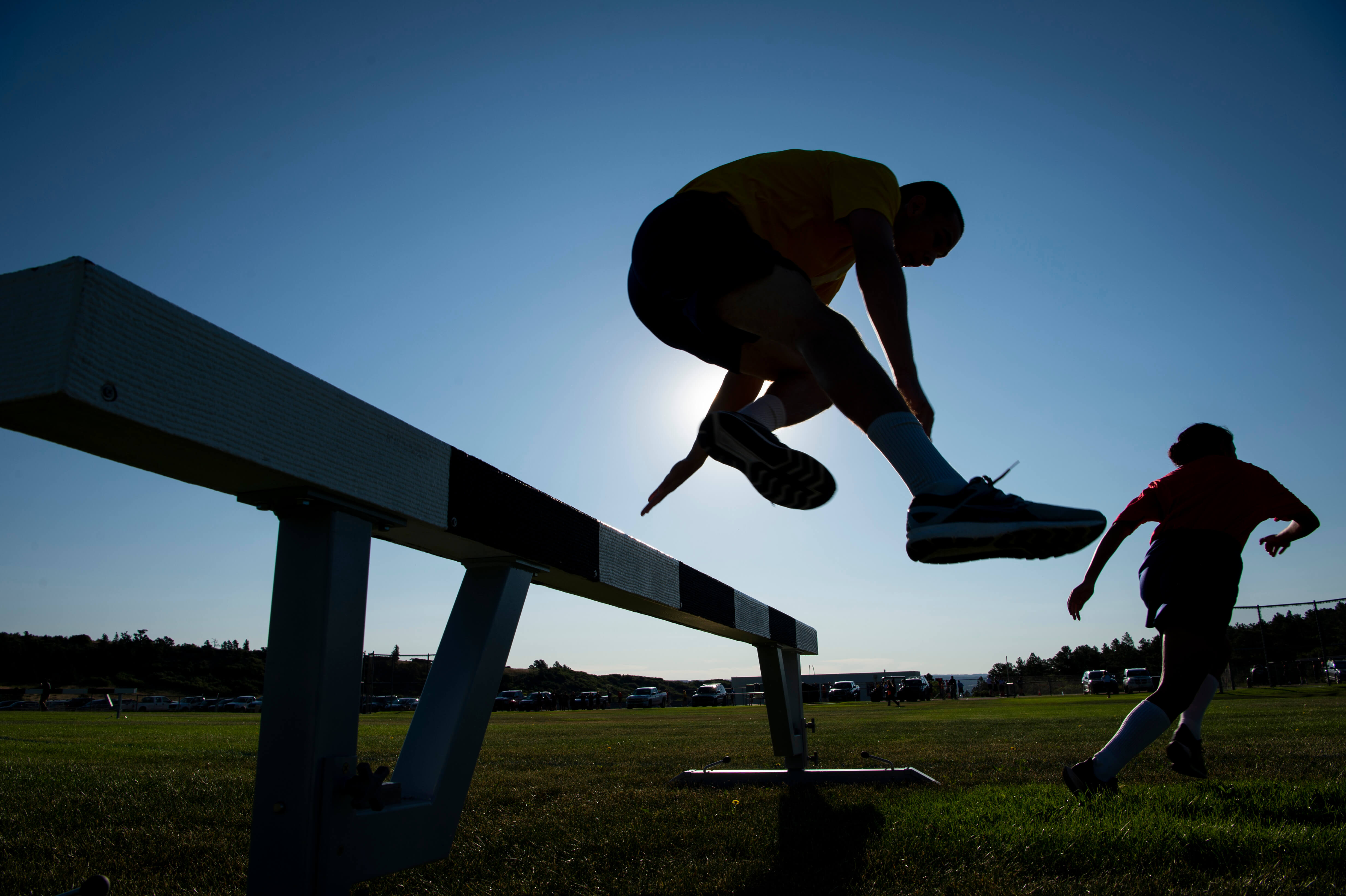 On the fields … of competition

Eight Basic Cadet Training squadrons at the Air Force Academy competed in Field Day, an annual event testing the athleticism and teamwork of the more-than 1,000 young men and women who started Basic Cadet Training June 17. See how it went at: www.usafa.edu/news/field-day-basic-cadets-at-af-academy-compete-in-annual-athletic-team-building-challenge

Cadet parachuting instructors at the Air Force Academy teach the base’s vice superintendent how to let go of his fear at 5,000 feet … and land in one piece. www.usafa.edu/news/af-academy-cadets-teach-their-vice-superintendent-how-to-freefall

Local high school students and Academy grads use a high-tech aircraft simulator to get a grip on the controls of an aircraft from the comforts of a classroom. www.usafa.edu/news/af-academy-air-education-training-command-host-technology-infused-basic-aviation-skills-training