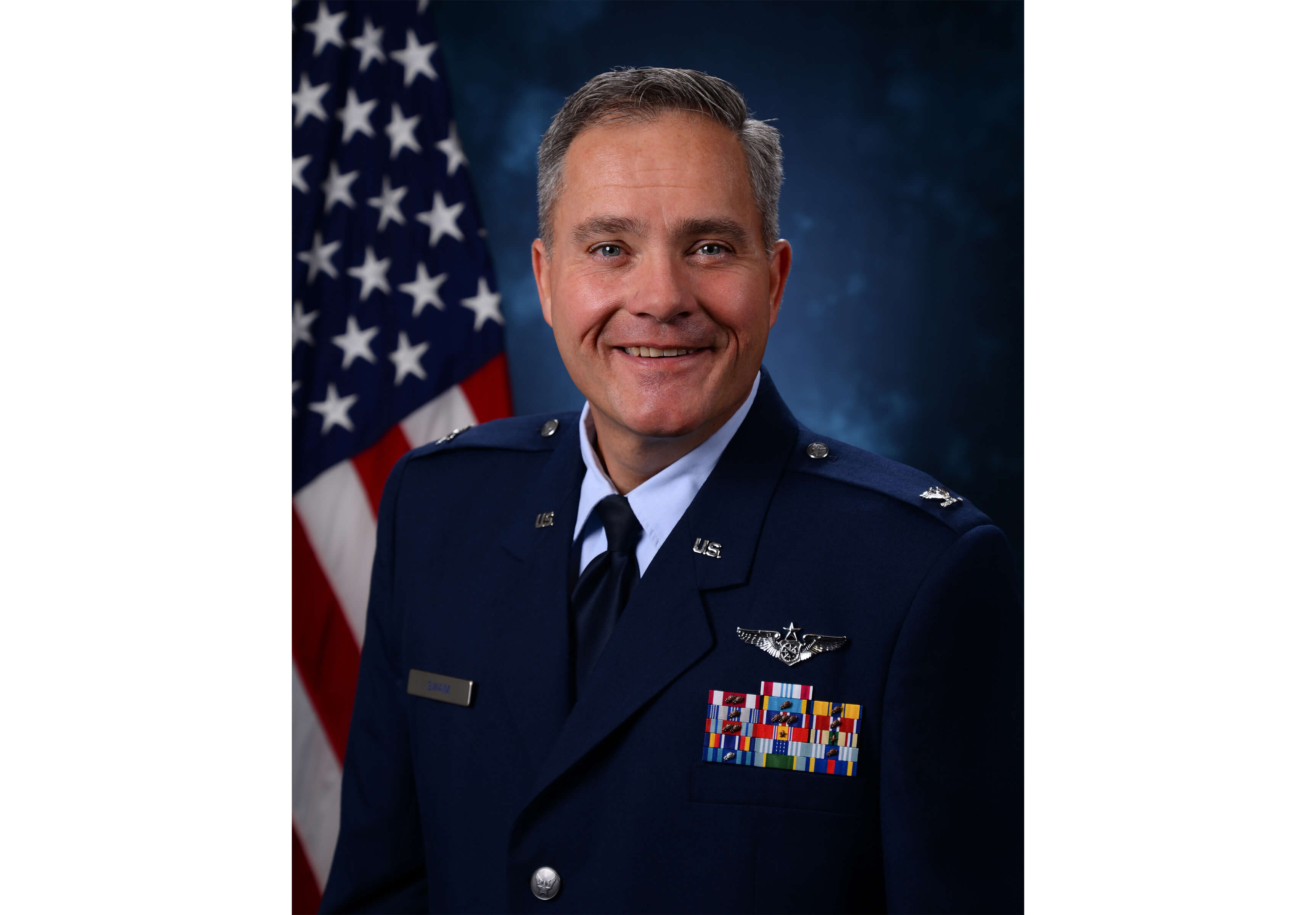 Col. Thomas Swaim’s presidential nomination for the position of permanent professor and head of the Academy’s Department of Military and Strategic Studies was approved by the Senate September 27.

“I’m so thankful and fortunate to have been selected for this position,” Swaim said. “I’m absolutely passionate about building air-warrior scholars. I wake up every morning excited to teach and learn.”

Swaim has been at the department since 2008 as an assistant professor, professor, course director and deputy head.

He holds a bachelor’s in aviation management; masters’ in aeronautical science and military operational art and science; and a doctorate in educational leadership, research and policy.

Swaim earned his commission as a second lieutenant through Auburn University’s ROTC program in 1992 and began his Air Force career as an air battle manager, providing command and control information to air and ground forces.

Swaim and his wife Shawn have two daughters, Katherine and Emma, and three sons, Adam, Nathan and Wyatt.

“My family is the most important thing to me,” he said. “It’s an absolute joy to share the adventure and the great honor of becoming a permanent professor with them. They’ve earned it.”

Brig. Gen. Andrew Armacost, the Academy’s dean, said Swaim and the school’s other permanent professors are at the top of their academic game.

“Congratulations to Tom and Shawn and their family,” Armacost said. “Colonel Swaim’s leadership and academic experience is more than impressive and represents the qualities we look for in all our permanent professors. I wish Tom the best as he begins the next chapter of his Air Force journey and continues to make great strides in fulfilling our institutional mission of developing leaders of character.”

Cadets at the Academy are eager to learn and serve their country, Swaim said.

“A cadet told me earlier this year that they chose to apply to the Academy because they think of it as the ‘Hogwarts of airpower,’” he said, referring to the “school for wizards” in author J.K. Rowling’s popular Harry Potter series. “I really want to make sure we meet that expectation.”