“Each year the Air Force Academy depends on Reserve Citizen Airmen in order to fulfill the mission here,” said Col. Christine Holliday, Reserve advisor to the superintendent, U.S. Air Force Academy. “In fiscal 2017, more than 120 Air Reserve component members, both assigned to USAFA and assigned to other units but performing man days at USAFA, will serve part-time or on long-term orders to support numerous surge and augmentation requirements throughout the Academy.” 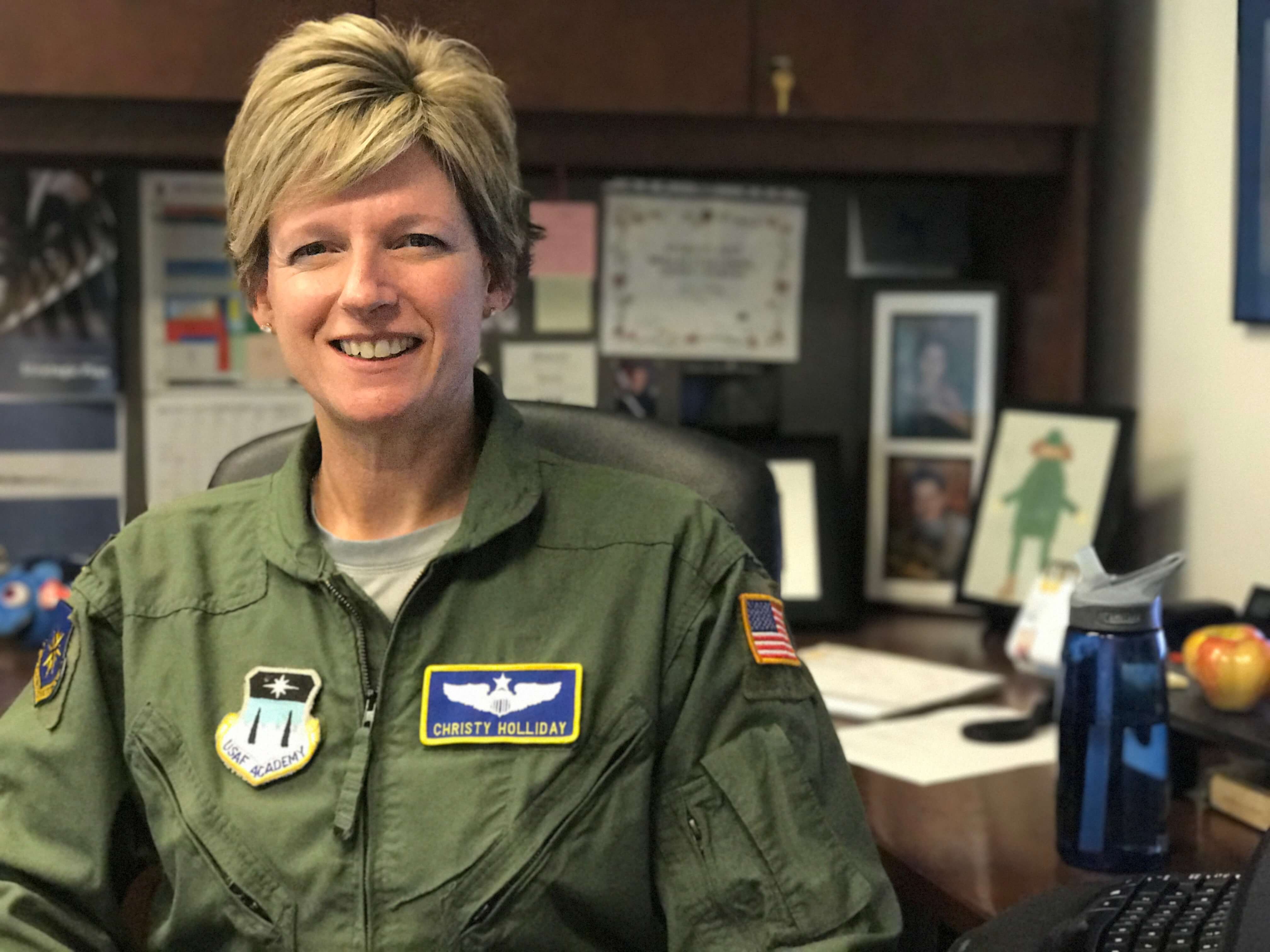 One such example is USAFA’s protocol office, which was severely short staffed earlier this year during priority, high-visibility events such as the Air Force Academy’s graduation. Tech. Sgt. Cassandra Hanak, an information manager and traditional Reservist, assigned to the 302nd Operations Group located at Peterson Air Force Base, Colorado, stepped in to serve as a protocol specialist.

“With the office’s high operations tempo, they really needed support,” Hanak said. “It’s really great to be able to come in and help where we can.”

Currently, three reservists, serving on short-term orders, are assisting in the office. 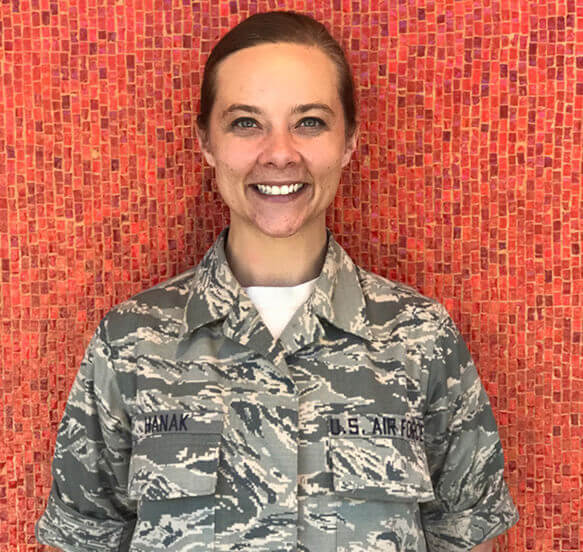 “USAFA leaders understand the Total Force integration concept and the way to employ Reservists better than I have ever seen,” said Maj. James George, who recently served as the Preparatory School’s athletic director. As a Preparatory School and Air Force Academy graduate, who also holds a master’s degree in sports leadership, his experience made him a natural fit.

“I believe I was the first reservist to serve in the position,” the C-17 pilot said, who after his one-year stint as the preparatory school’s athletic director is now serving in another key position through the Volunteer Limited Period of Active Duty program as the director of the Commander’s Action Group for the Academy’s Athletic Department.

“It was a great opportunity for me and a privilege to come full circle, back to the Prep School where my foundation was built,” George said. “I’ve been a Reservist for five years now, and I love it. USAFA has given me opportunities to grow as an officer, to grow as a leader and to develop as an individual. I encourage people to seek these opportunities.”

While some Reserve Citizen Airmen work on long-term orders at USAFA, the institution’s leadership capitalizes on part-time ARC members who live locally and leverage the skills used in their civilian job to bring a different set of experiences to the university, according to Lt. Col. Joseph Suhajda, assistant professor of management.

During the school year, Suhajda teaches accounting and finance every other day, while managing his financial services practice on his non-teaching days. He established his financial practice 13 years ago after transitioning to the Reserve and has been teaching at the Academy for the past 15 years.

“I don’t just teach finance and accounting,” said Suhajda, a Detroit native who manages assets for approximately 400 families worldwide. “I do it for a living. It’s a huge win for the students to get exposure to the ‘real’ business world on a daily basis. It makes their classroom experience richer and more robust.”

In addition to the unique perspective he brings into the classroom environment, Suhajda, along with other ARC members serving at the academy, brings a wealth of continuity.

“Reservists provide uniformed continuity, which can be rare,” said Lt. Col. Shane Coyne, deputy director of operations and outreach for the Center for Character and Leadership Development. Coyne has worked in the center for 19 years, 17 of which have been as an individual mobilization augmentee. The CCLD ensures lessons of integrity and honor are built into every aspect of the cadet experience.

“In a lot of cases, Reservists have a great deal of institutional knowledge, therefore giving them a real credible voice and the ability to provide additional insight to leadership,” Coyne said.

Another area in which Reserve Citizen Airmen assist the Air Force Academy is by augmenting during surge operations. Each summer, ARC members support cadet mandatory training operations and laboratories, such as Basic Cadet Training and Expeditionary, Survival and Evasion Training, which require 24/7 support by medical personnel, security forces, chaplains, psychologists and other personnel. Reserve Citizen Airmen also assist during a variety of other operations and inspections, including 11 air show-equivalent events, throughout the year.

Guardsmen and Reservists are a vital link. Without ARC augmentation during these mission critical surges, it would be very difficult to carry out these large-scale mandatory courses and events, according to Holliday.

In addition to Reserve Citizen Airmen augmenting during surge operations and bringing unique experiences into the classroom, they are serving in key roles and overhauling and managing programs crucial to the success of the Air Force Academy and cadets, Holliday said.

Maj. David Caban, not only supports the Air Force Academy as a program manager for one of the school’s most critical information technology platforms, he also supports his assigned unit at the Reserve National Security Space Institute, located at Peterson AFB.

“I was brought in to use my acquisition experience to maintain a vital IT system when there was a gap in expertise,” Caban said. He was an active-duty space operator and acquisitions officer for 13 years before transferring to the Reserve in 2015. “I was asked to lead the efforts to replace this high-profile system that manages recruiting, schedules classes, maintains grades and effectively graduates cadets.”

For Caban, the biggest benefit of being a Reservist is the extensive flexibility. Caban works on long-term orders at USAFA, while still teaching at and supporting RNSSI part time during its monthly unit training assemblies. Further, he, along with his wife, own and run a martial arts studio in Colorado Springs, which opened in late 2015, and has recently expanded to offer an after-school program. 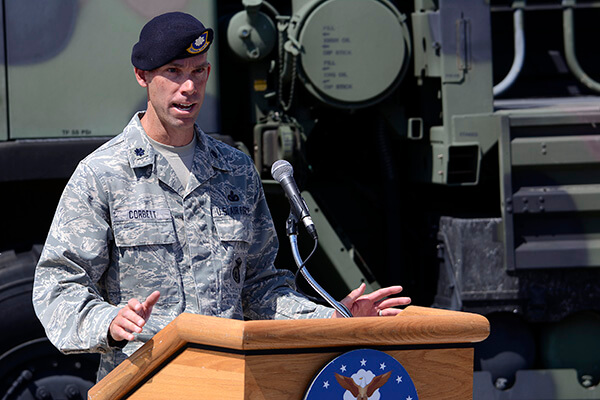 “As an academy graduate, local community member, and a Reserve member with previous experience assigned to and on orders with USAFA, it was a seamless fit,” said Lt. Col. Marcus Corbett, 10th SFS commander, who is serving on active duty to command for three years using the VLPAD program.

Additionally, there are two air officer commanding Active Guard Reserve positions in the Commandant’s Cadet Wing. Each year, the Reserve Developmental Education Designation Board selects an Airman to attend the University of Colorado at Colorado Springs for one year to earn a master’s degree in counseling and leadership, simultaneously earning intermediate developmental education credit. Immediately following, the Airman completes a two-year command tour, leading approximately 100 cadets.

Reservists are integrated so well, augmenting the active-duty force here,” said Lt. Col. Sierra Suhajda. Recently, she was accepted to participate in the VLPAD program. In her current capacity, she is the deputy director of the Pathways to Excellence Team, which is an innovation team charged by the superintendent to identify opportunities for improvement.

“People are often surprised to learn I’m a reservist,” Suhajda said. “It’s a compliment that we really are supporting the active-duty mission, and many don’t know we are reservists.” She has also taught civil and environmental engineering under the Dean of Faculty, as well as worked in its Athletic Department.

“In every mission element and every department, from the CCLD, the commandant’s staff, to the Prep School and the 10th Air Base Wing, you can’t find an office that doesn’t have at least one, usually multiple, reservists helping out,” reinforced George.

In his nearly 25 years as an Airman, Coyne has seen an evolution of the Total Force Concept.

“That is not the case today, which is the intention of the Air Force Reserve Command and the Pentagon. They do not want there to be a visible line,” Coyne said. “At USAFA, you have no clue who is active duty or a Reservist. From training to performance evaluation completion, Reservists mirror the active-duty force. We are all working to achieve the same mission here.”