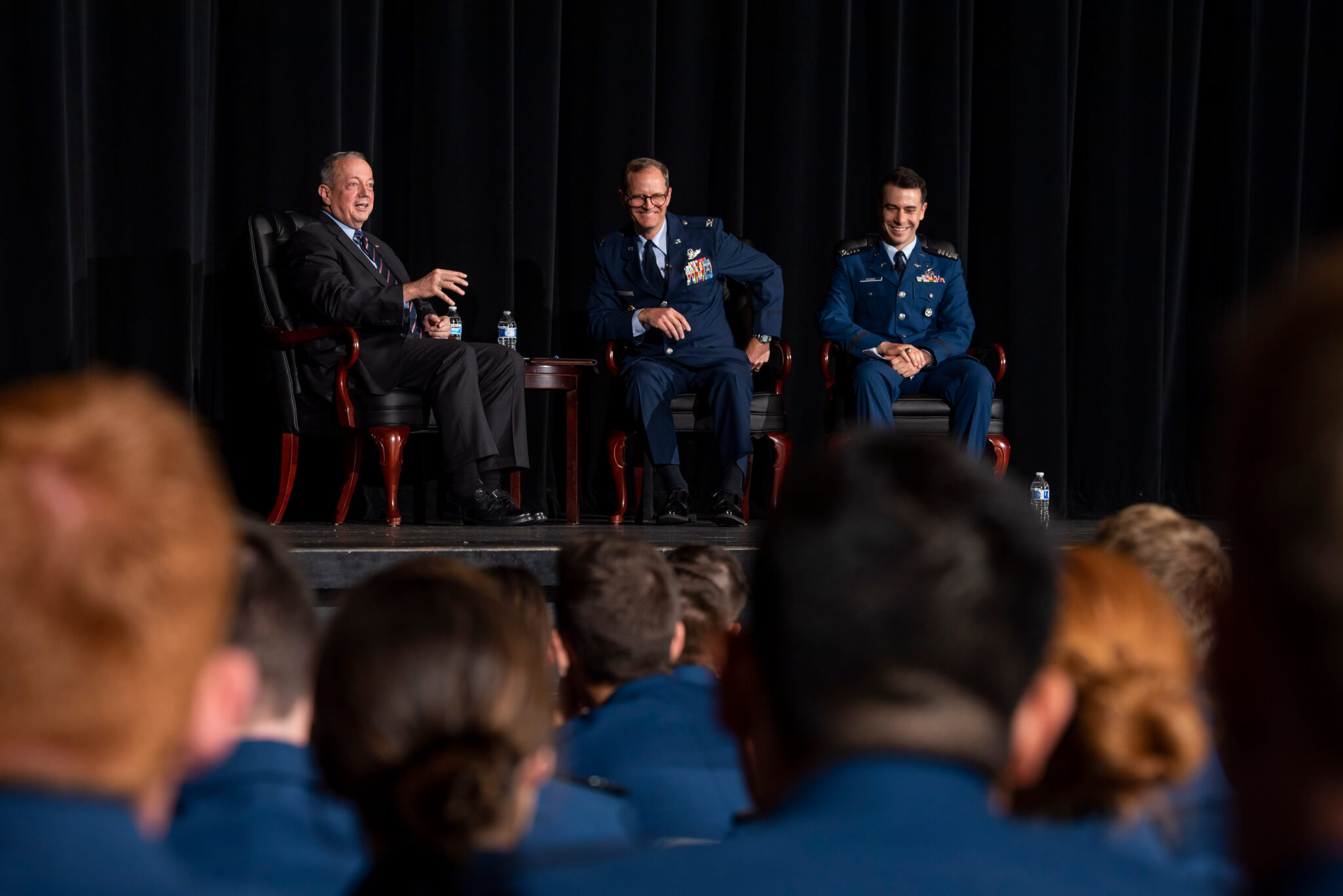 The Academy Assembly has been an annual event at the school since 1959. Sponsored by the Academy and Columbia University’s American Assembly, the assembly allows prominent academics, business leaders, government officers and non-governmental organization members to speak and lead round-table discussions including cadets and visiting students.

“The assembly touches on the questions the Academy was built to answer: how to advance as leaders of humans and as a technologically-superior service branch,” said Cadet 1st Graham Kennis, the assembly’s director.

The second panel focused on natural and social systems involved in current military missions, and the third centered on how the DoD cares for people accomplishing those missions.

“The last panel worked back down to the personal level – ‘how do I take care of the people around me who are trying to accomplish all these new tasks?’ Kennis said

Kennis said the roundtable discussions are the “heartbeat” of the conference.

“Cadets and experts dive deeper in the single problems from the panels,” he said. “This is the most engaging and popular part. As a military officer, an important part is leading your Airmen and another important part is accomplishing the mission. Part of good officership is understanding on a deeper level what caused the problems and potentially mitigating the problem from rising in the future.”

Cadet 1st Class Christabel Chai, an international cadet from Singapore, called the assembly “eye-opening.” She sat on the roundtable discussion on science and technology.

“I could offer a different insight in the technological and science-based discussion and how we can incorporate humans to balance expectations between technology and the human role,” she said. “I feel like Singapore has very similar challenges, and it was interesting to see the U.S. point of view and merge it with my own experiences.”

Chai said “putting people first is the most important” aspect of any military mission.

“We’re definitely moving towards that,” she said. “The assembly showed how we try to incorporate a lot of changes and how we manage societal expectations with regards to gender, transgender and different groups of society. It showed how we incorporate that into our mission with focusing on people.”