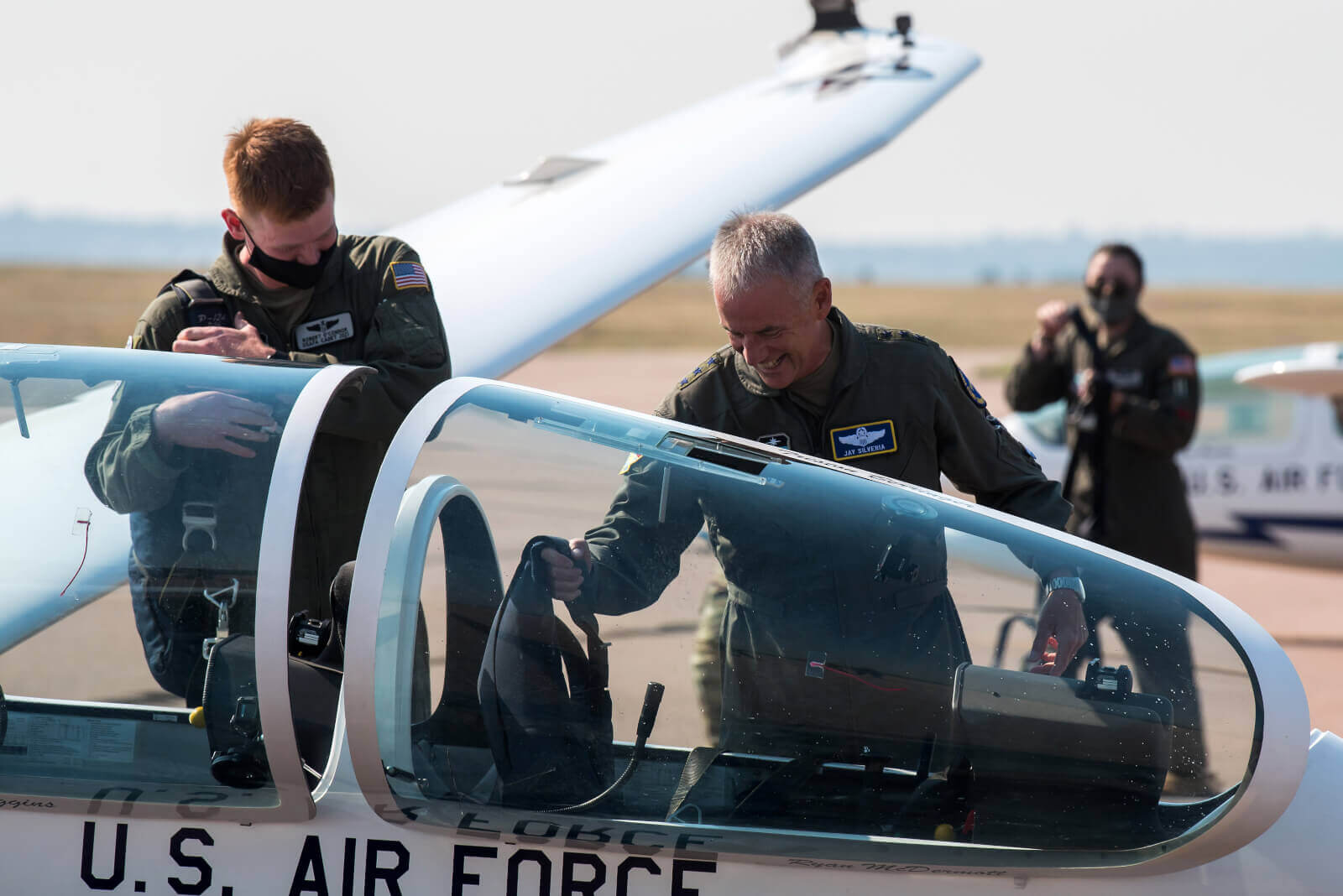 “The first thing I’m going to do is go to the beach and try to set my personal record for how many days I can go without wearing socks,” he said with a laugh.

Silveria, a 1985 Academy graduate, became a combat fighter pilot and amassed nearly 4,000 flying hours during his career. He’s been the Academy’s top officer since August 2017 and has commanded at all unit levels in the Air Force. Before arriving at the Academy, he was the deputy commander of U.S. Air Forces Central Command and its Combined Air Component in Southwest Asia, where he was responsible for command and control of air operations in a 20-nation area covering Central and Southwest Asia.

He hands over superintendent duties September 23 to Lt. Gen. Richard Clark in a ceremony at Falcon Stadium. Secretary of the Air Force Barbara Barrett and Chief of Staff of the Air Force Gen. Charles Q. Brown Jr. are scheduled to officiate.

Silveria developed a reputation as a personable and straightforward senior officer who worked to make his faculty, staff and service members appreciate their value and the value of others. His leadership style focused on advocacy for respect and tolerance for all.

This support for diversity and inclusion became nationwide news in late 2017 when Silveria famously directed anyone at the Academy who felt unable to show respect or tolerate the diversity of others to “get out.” His words came in the wake of racial slurs found written on a door in a prep school dormitory at the Academy.

“We need [diversity and inclusion] because we are told to do our nation’s bidding and solve the toughest problems against the toughest enemies,” Silveria said. “To do that, we need the most capable force possible. This requires a diversity of backgrounds – in thought, socioeconomics, race, gender and sexuality – all manners of the human condition that ultimately gifts us with diversity of thought and ideas.”

Silveria said the Academy has a moral obligation to represent the society it serves.

Silveria said the emails and letters from those who don’t approve of his advocacy for diversity and inclusion have taught him a valuable lesson.

“In a lot of cases, people hear what they want to hear and see what they want to see,” he said. “We should never see [diversity and inclusion] as threatening or challenging. This is about making us better as a force and taking on our toughest problems.”

Silveria said his biggest challenge as superintendent has been something he’s certain all Academy superintendents grapple with: bridging the gap between society-at-large and the military by reinforcing the Air Force’s core values of “integrity first, service before self and excellence in all we do.”

“[Cadets] come from 453 congressional districts and all different backgrounds,” he said. “None of those backgrounds, locations or manner of human condition denotes a value standard, but what it does guarantee is different value sets.”

Silveria is acutely aware that societal concerns outside the Academy also exist “within its walls” and he knows that getting to the school does not automatically prevent cadets making bad decisions.

“There’s no magic about the door that they walk through,” he said.

An Unexpected Pandemic
Silveria didn’t expect one of the biggest challenges of his career to be facing a novel coronavirus — COVID-19 — which by March became a global pandemic.

“The pandemic doesn’t care how old you are, what your rank is or how long you’ve been in the military,” he said.

He attributes the stabilizing of COVID-19 cases at the Academy and the opening of class for the fall semester to teamwork between the Academy, Air Force headquarters at the Pentagon, the State of Colorado, El Paso County and the City of Colorado Springs.

“More than ever, we had to be in this mode of collaboration at the highest levels from the City Council, to the State and the Air Force,” he said. “We had to work through this in such a coordinated way.”

Among the numerous issues Silveria, his staff and faculty had to contend with as the coronavirus spiraled around the U.S. were taking care of cadets, service members and their families at the base, and updating parents of cadets, Congress, and numerous other special interest groups invested in the Academy.

“It had to be a team effort, more so really, than everything I’ve ever done,” Silveria said.

For all the positive movements Silveria’s staff made in keeping the Academy’s population safe and the school up-and-running, Silveria said the pandemic will remain a top concern of senior Air Force and Academy officials until a vaccine is created and everyone has access to it.

“In such a volatile situation, we have to fight complacency,” he said. “We have to keep our vigilance.”

Looking Forward
Silveria said he’s very confident in the skills and talents of today’s graduates but the Academy needs to continue to prepare graduates for an unknown future.

“We have to look forward,” he said. “Our graduates in 20 years are going to do things we can’t imagine at the moment. We need to continue to think about developing the skills, agility and adaptability our cadets need to think about situations that don’t exist right now.”

Silveria’s curriculum as a cadet was steeped in Soviet studies, modern political concern at the time..

“Fast forward 30 years later and I was the air component commander in the Middle East fighting a non-state actor [The Islamic State] in a country we were not in conflict with, using cyber, remotely piloted aircraft, fighters, bombers, partner forces and information warfare. We never talked about that in the 80s. We have to continue to have a mindset of thinking forward. We cannot rest.”

Top Advice
Silveria said his top advice to Clark is to remember the many partner groups that “comprise the mosaic of what makes the Academy so special.”

“One thing you learn as superintendent that makes this position so different is our number of constituencies,” he said. “In my previous commands, my constituencies were pretty narrow: the people who worked for me, the people I worked for, the higher headquarters I reported to and my command structure.”

Silveria said the Academy’s constituencies include cadets; parent’s groups in every Congressional district; Air Staff at the Pentagon; the Board of Visitors; the 10th Air Base Wing, the Academy’s host unit; Falcon sports fans; the general public; the State of Colorado; El Paso County; and the City of Colorado Springs. Also on that list, among many others, are the officers across the U.S. who recruit young men and women into the Academy, and the school’s worldwide academic partners.

“All these constituencies matter,” he said. “They matter to the commanders and the superintendent. You cannot forget them.”

‘Wouldn’t Trade One minute’
Silveria knows time needs to pass before he can give his decades of military service the “proper perspective.”

“Just the fact that I’ve had the breadth of opportunities the Air Force gave me?” he said. “I’m nothing more than grateful, satisfied and excited. I wouldn’t trade one minute of it.”

Silveria plans to continue serving his community after he retires later this year.

“I want to stay involved in something that really makes a difference and I’ve been bitten by the higher education bug,” he said. “The ability to become an administrator and support higher education with a faculty and students who are learning and growing is very appealing. I thoroughly enjoy the atmosphere and energy that goes along with the desire to learn and grow [at an academic institution].”

Until then, Silveria still has that record record to break.

“I can set that personal record for days where I only wear flip-flops on the beach,” he said. “That’s what I’m going to go for. I’m going to try to really relax for a little bit.” 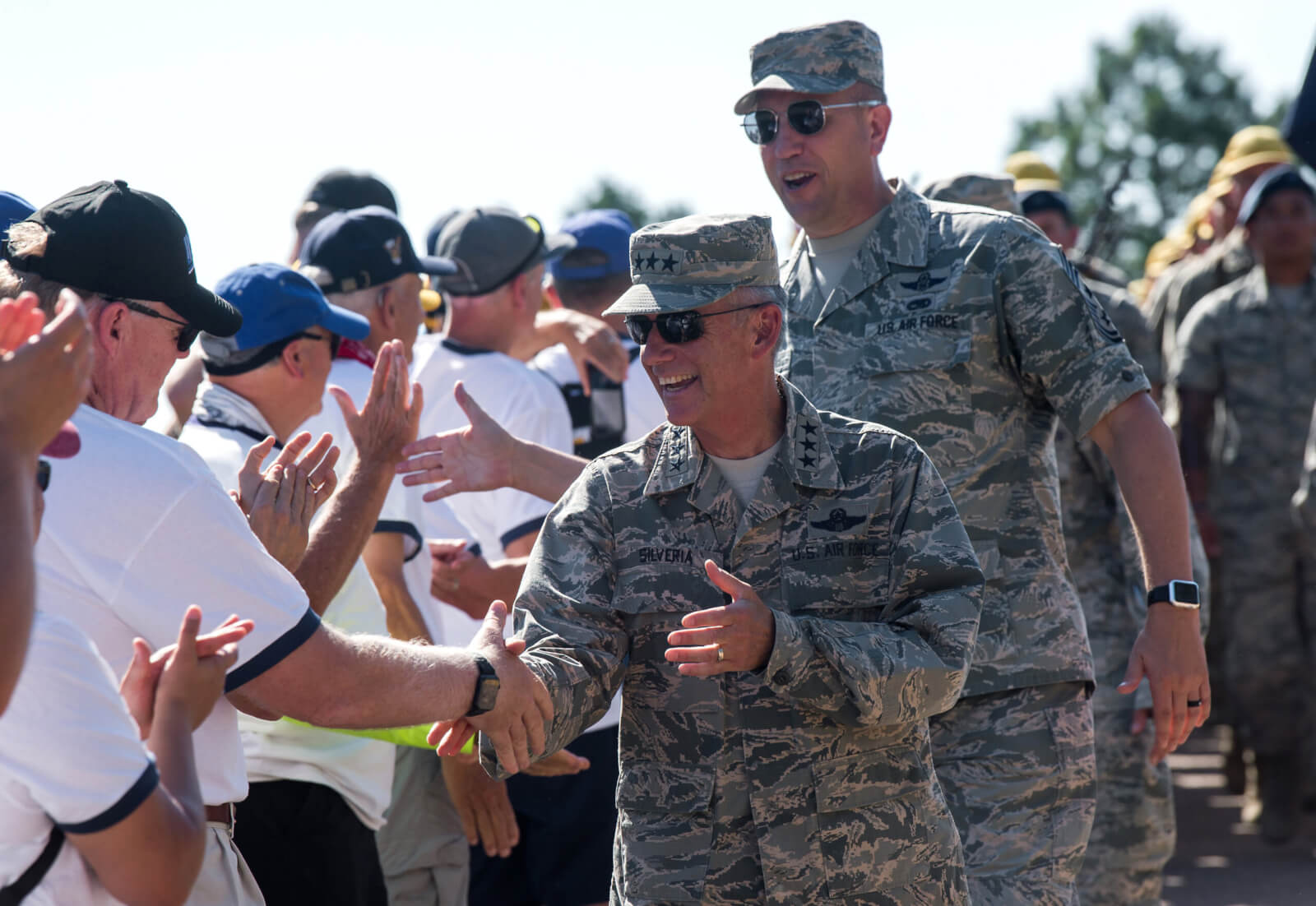 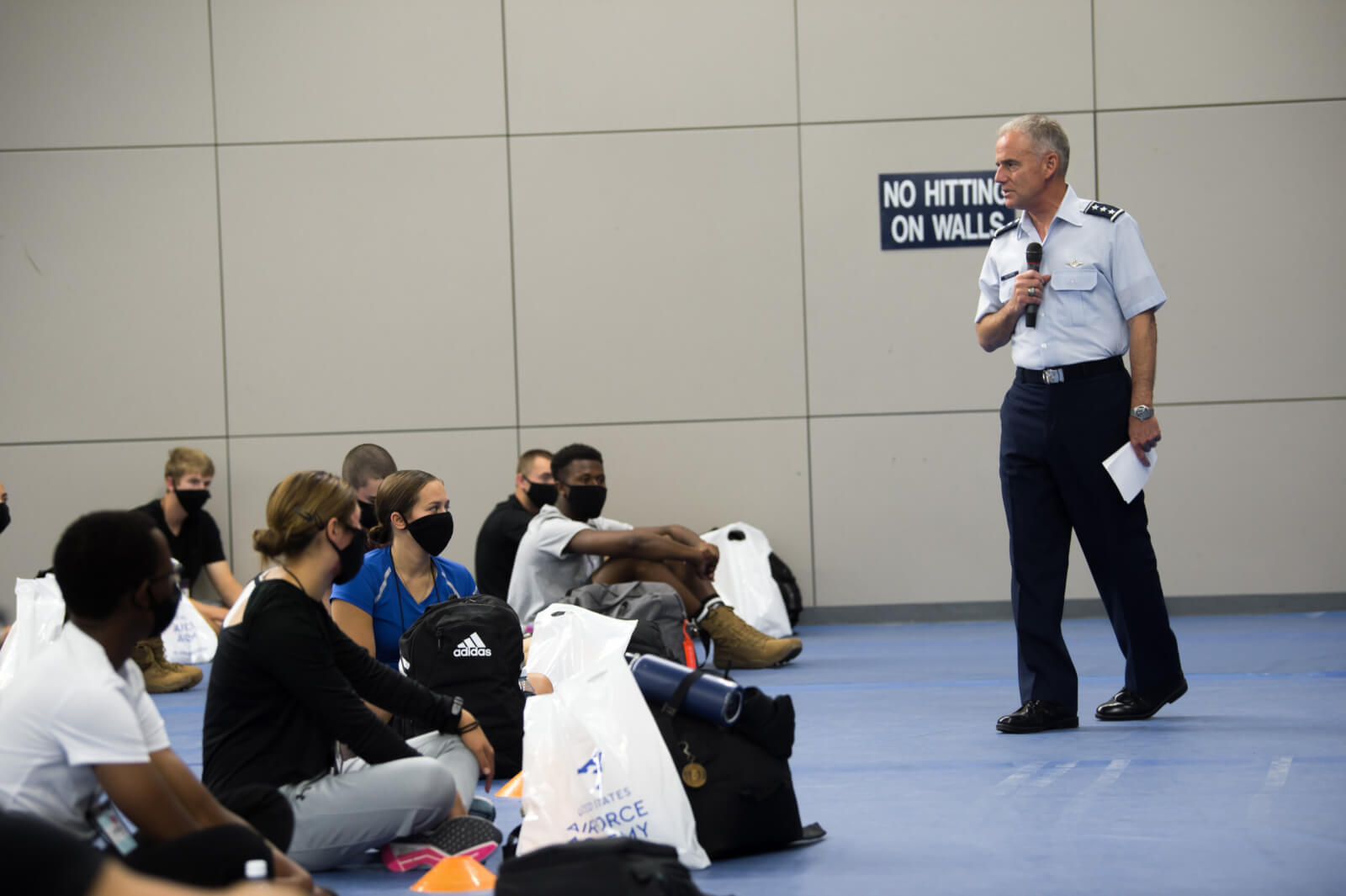