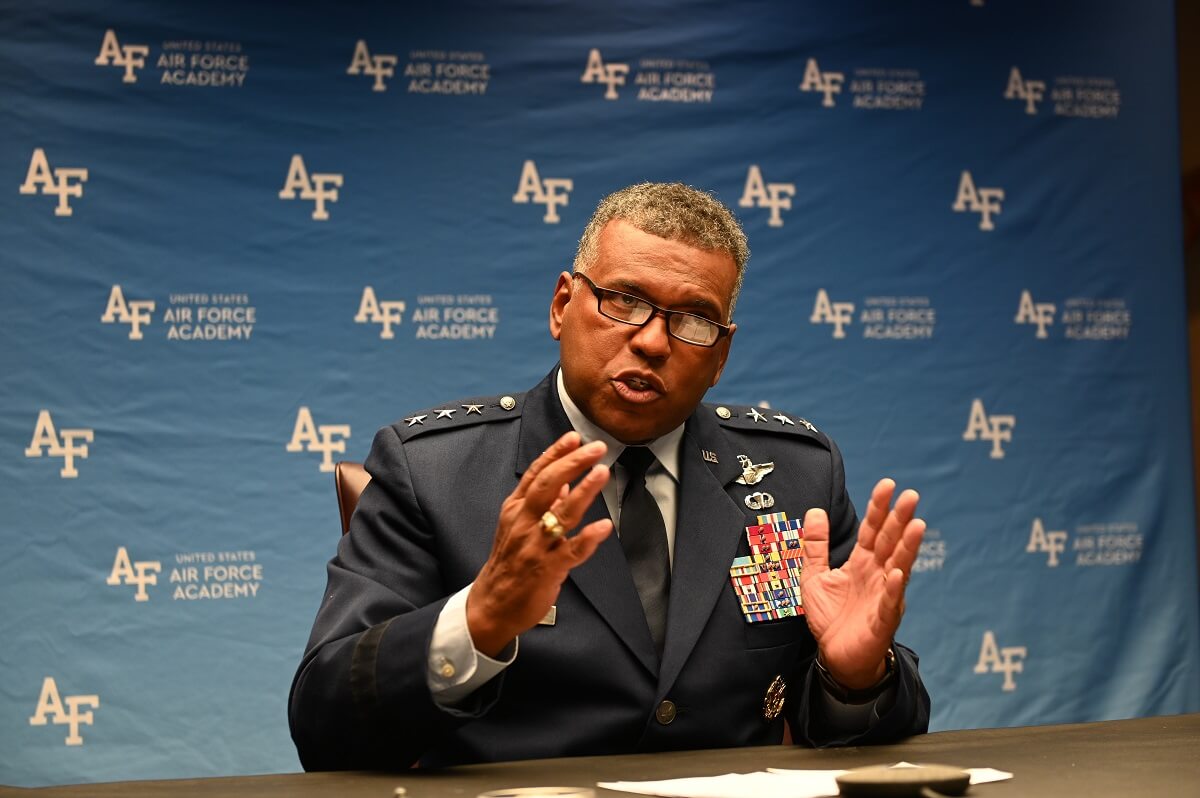 Secretary of the Air Force Frank Kendall, also served as a co-host to the third-annual discussion aimed to eliminate sexual assault and harassment at colleges, universities and service academies nationwide.

“This isn’t a new problem and while we have made progress, we are still learning,” said Kendall. “It is a wicked problem for leaders everywhere but especially for college administrators. Addressing it correctly is fundamental to cultivating healthy climates both in the work environment and on campuses.”

More than 230 military, college and university senior leaders attended keynote and breakout sessions along with panel discussions that allowed them to develop partnerships and to share best practices in sexual assault prevention.

“This is a leadership issue and we must stay vigilant,” said Clark. “None of us are immune from this critical issue and there’s not one single solution to this problem.”

Clark, the Academy’s senior officer, emphasized teamwork to stop sexual assault and harassment and each individual’s authority to report violations.

“It’s going to take a collaborative and joint effort to pull different solutions together that each of us can use for our specific situation,” said Clark. “With those solutions in mind, we can shift our cultures and move toward eradicating this problem from our campuses, military bases and our country.”

The multi-day forum raised awareness of sexual assault and harassment’s devastating impact on survivors, the Academy and the force.

“Bottom line is, that those who would harm others have no place on our military bases or on our campuses,” said Clark. “Because everyone deserves a safe and supportive environment to live, work, learn and serve.”