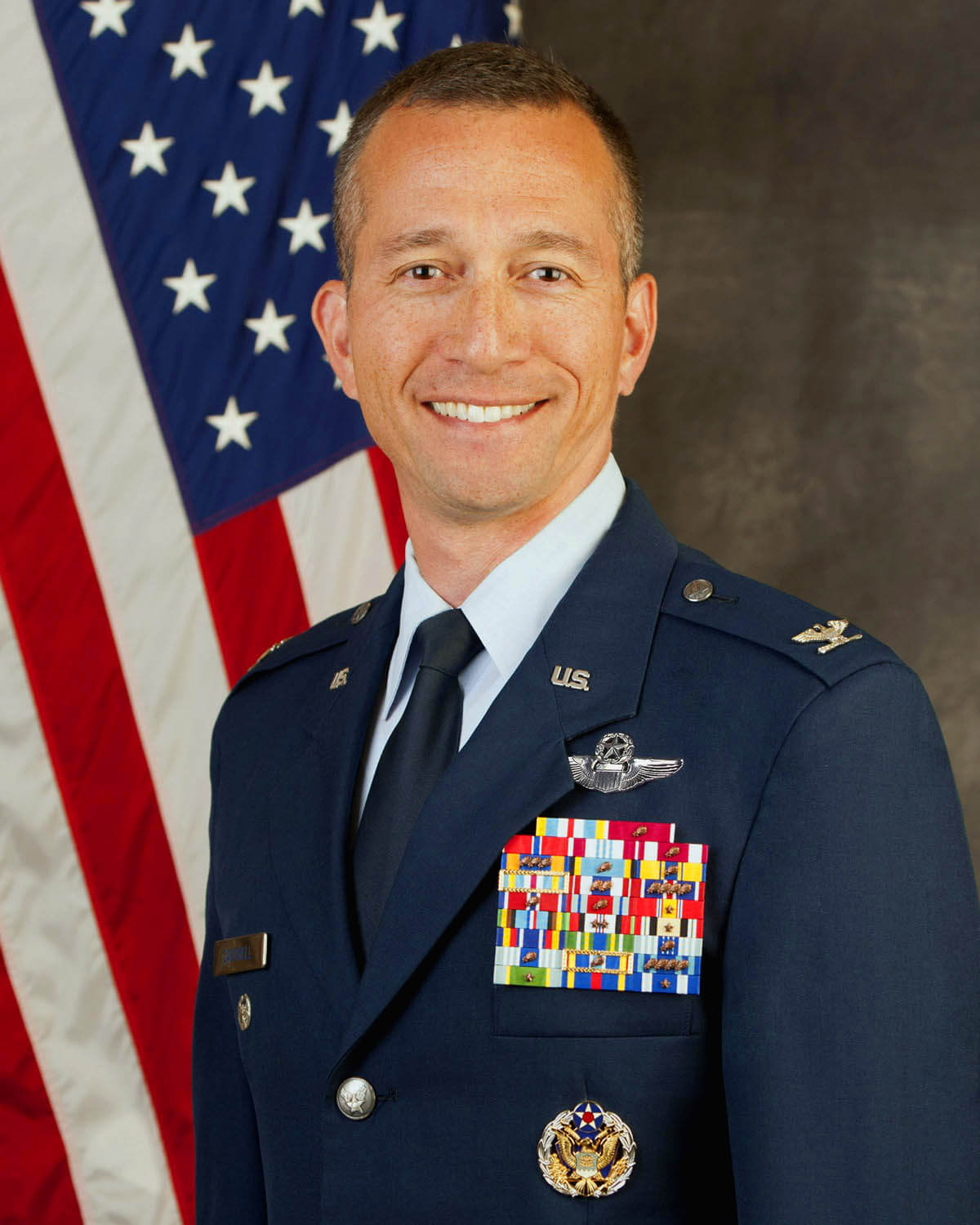 Prior to his current assignment, Colonel Cantwell was the 49th Wing Commander, Holloman AFB, N.M. In this capacity he was the installation commander supporting 17,000 Airmen, civilians, and their dependents. The primary mission of the 49th Wing was to graduate the Air Force’s finest combat-ready MQ-9 pilots and sensor operators.

Colonel Cantwell was commissioned in 1994 from the University of Virginia as a distinguished graduate of the Air Force ROTC program. He completed Undergraduate Pilot Training at Columbus AFB, Miss, and has since flown combat missions over Iraq and Afghanistan in the F-16 and MQ-9. He led the daily airfield operations at Bagram Air Base, Afghanistan, as the 455th Operations Support Squadron Commander. Later, he led 24/7/365 remotely-piloted aircraft (RPA) combat operations across multiple combatant commands as the 732d Operations Group Commander at Creech AFB, NV.

Bachelor of Science degree in systems engineering, University of Virginia (1994)