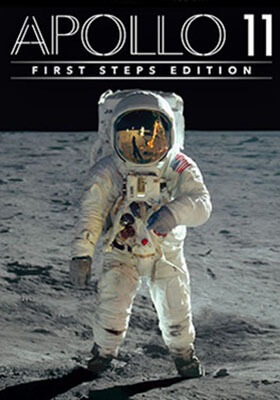 Astronauts Neil Armstrong, Edwin “Buzz” Aldrin and Michael Collins blasted away from Earth on a Saturn V rocket on July 16, 1969. On July 20, Armstrong and Aldrin set foot on the moon, the first humans to do so. The three returned to Earth on July 24.
The filmmakers reconstruct the exhilarating final moments of preparation, liftoff, landing and return of this historic mission—one of humanity’s greatest achievements and the first to put men on the moon. With a newly-discovered trove of never-before-seen footage and audio recordings, Apollo 11: First Steps Edition joins Neil Armstrong, Buzz Aldrin and Michael Collins, the Mission Control team and millions of spectators around the world, during those momentous days and hours in 1969 when humankind took a giant leap into the future.